Home > Blog > If She Votes, So Should You 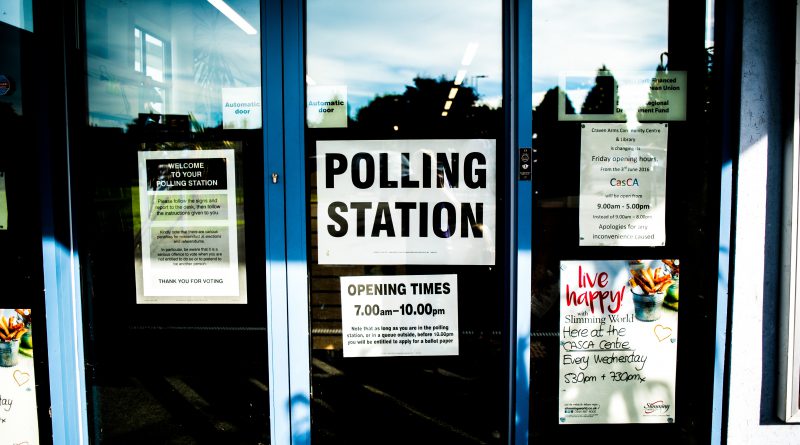 Since August, I’ve travelled to New Hampshire to canvass for the Democratic Party half a dozen times. I’ve knocked on doors in Rye, in Nashua, and in Londonderry. I’ve spoken to folks from across the political spectrum, from age 19 to 86.

From all those conversations, no voter left a deeper impression on me than Anne, a lifelong Republican in her mid-seventies.

I was just a few months too young to vote in the 2008 presidential election, but I remember driving up to New Hampshire with my stepdad a number of times to knock on doors. I was shy and didn’t know how to talk to voters about what I saw as a deeply personal decision. I followed my stepdad’s lead—he’d been doing this since he was my age. We would walk for hours, gently probing voters about their voting plans, offering information, talking for as long or short as they wanted.

I came to see that canvassing wasn’t about shamelessly promoting your candidate; it was about engaging with voters, providing information, modeling civic involvement, and reminding people that elections were more than just contentious inter-party battles. And it’s with all of that in mind that I’ve found myself in New Hampshire so much this semester.

It was on an unusually warm October day that I walked up to Anne’s house. She was a registered Republican, but the Democratic Party thought she might cross the aisle this election, so they sent us to chat with her.

She opened the door and tiredly eyed me and my friend. New Hampshire voters are used to being excessively canvassed in presidential election years, and it was already late in the cycle. I’m sure we were far from the first people that had come knocking. She gazed at our “I’m with Her” and “Maggie Hassan for Senate” stickers with resignation.

I gave my usual spiel: “We’re volunteering with the Democratic Party, we’re just collecting information about who folks are planning to vote for, would you be comfortable talking to us about your plans for November?”

“Well I’m a lifelong Republican. The first presidential election I ever voted in, I voted for Barry Goldwater. I’m a Republican. But in this election…”

“No! No, it really isn’t. And that’s what’s so awful. It’s not even a contest. Of course I’m voting for Hillary.”

To be honest, I was surprised. I expected to hear that she was a reluctant Trump supporter—or that she wasn’t comfortable voting for any of the candidates at the top of the ticket. I asked her to explain.

She also talked about how gut-wrenching this decision was for her— about the agony of feeling disloyal to the party she had spent her whole life supporting, and the obligation to suffer through that agony in the country’s interest. She talked about how hard it was for her to identify with a party that would nominate someone she saw as so hateful and problematic as Donald Trump.

To be clear, Anne wasn’t about to jump ship and register as a Democrat. She’ll be voting to keep Senator Kelly Ayotte in office—talking about Democratic challenger Maggie Hassan was a nonstarter—and she’s only very cautiously open-minded to Democratic gubernatorial candidate Colin van Ostern.

But Anne is able to transcend party loyalty, however grindingly, when the time is right. And for her, the time has never been more right.

When I registered to vote at age 18, I refused to list my party affiliation. I thought that would be somehow limiting—that associating myself with only one party, despite my general alignment with Democrats, would close me off to other people. I worried that I would lose credibility with those outside my party—and that they would lose credibility in my eyes, too.

I’m a registered Democrat these days, but interactions with Anne and voters like her are a reminder that we cannot let party affiliation, though valid, blind us to reality. Anne reminds us that party loyalty doesn’t have to—and never should—get in the way of prioritizing what’s best for the country.

Jillian Rafferty is a first-year dual-degree student pursuing a Master in Public Policy at the Harvard Kennedy School and a Juris Doctor at Harvard Law School, focusing on international law, human rights, and security. Jillian spent the last three years working on the Human Rights Initiative and the Americas Program at the Center for Strategic and International Studies (CSIS) in Washington, D.C.