Home > Articles > I Was Not Talented at Math and Neither is Your Child: The Folly of Gifted and Talented Programs 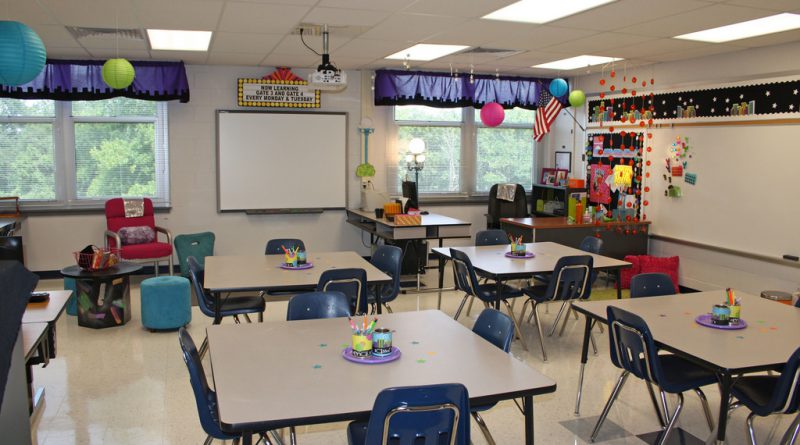 In 1st grade, I was labeled as gifted in math. One problem, I was not gifted.

I can understand the error; I solved advanced problems with ease.

Over the years, my teachers kept me occupied with a variety of approaches while my classmates were in math class. In 2nd grade, I was given a box of index cards with algebra problems to solve. In 5th grade, my teacher gave me workbooks on topics ranging from the Pythagorean theorem to simple harmonic motion.

What I experienced was a very low budget and informal version of something that attracts a lot of educational resources: gifted and talented (G&T) programs.

These programs select students, sometimes as early as pre-school. Selection systems vary but often include IQ tests, interviews, and teacher recommendations. What’s included in the programs varies as well but often includes very valuable benefits such as access to better teachers, enrichment trips to local colleges, personalized curricula, and more.

There are plenty of articles critiquing how G&T programs are run and how they select students, but there is a more central folly—decades of research now suggests “gifted and talented” may not exist or at least, have no practical significance.

In my case, what my teachers saw as mathematical talent was actually an odd piece of luck.

When I was in kindergarten, my older brother was consistently assigned math games to play at home with our parents as homework. Our parents passed that responsibility to me.

I struggled but through all the practice, eventually I somewhat grasped the math he was learning. While the math games ended, my early lead on my peers persisted because the inaccurate “gifted and talented” label caused my teachers to keep me ahead by providing me with more advanced material than other students.

Dr. Anders Ericsson, a psychologist at Florida State University, ran an experiment early in his career that sought to test whether someone could learn a “talent.” Specifically, Ericsson found an undergraduate with average memory, who could hold roughly seven numbers in his head at a time and trained him to remember a remarkable 81 numbers at a time.

Dr. Ericsson repeated the test with others, achieving similar results. He and others have since studied professions including violinists, artists, and mathematicians as well as so-called “prodigies” such as Mozart, Bill Gates, and Tiger Woods. Across the board, they find two things:

Dr. Ericsson shares the underlying research in his recent book, Peak, but the fundamental idea is perhaps best encapsulated by Geoff Colvin, author of Talent is Overrated, who wrote:

“Of course such [research] findings do not prove that talent doesn’t exist. But they suggest an intriguing possibility: that if it does, it may be irrelevant.”

In education terms, no one is permanently “bad at math” or “just can’t learn foreign languages.” In other words, people who are not good at math or foreign languages yet are not precluded from becoming great.

If talent doesn’t exist or is irrelevant, then what are G&T programs selecting for?

From a racial standpoint, in 2012, 7.6 percent of White Americans and 13 percent of Asian Americans were in G&T programs while just 3.6 percent and 4.6 percent of Black and Hispanic Americans, respectively, were in such programs.

From a socioeconomic standpoint, tutors and prep programs for G&T tests can run up to $1,300, keeping valuable preparation out of reach for most families.

And from a less talked about privilege standpoint, there is the supportiveness of parents. Children who get into G&T programs have to hear about them. Moreover, they oftentimes need advocates, encouragement and support, and role models for key behavioral attributes like grit, focus, and a growth mindset. Parents are often central to all of that.

The alluringly simple answer of just abandoning G&T programs is not the answer though.

Such programs help keep high performing children challenged and they do something we have to do—they allocate scare resources. While recent innovations are helping to get quality education to more people, some resources like the personal attention of the best teachers and spots in many extracurricular opportunities are fundamentally limited. It makes sense to try to target those resources to those who will benefit the most.

I don’t have the solution and as far as I know, no one has discovered a silver bullet. However, researchers and school districts across the country are experimenting.

One option is to allow access to resources like those offered by G&T programs via lottery amongst all students who express interest, similar to the way most charter school systems operate. Another is to avoid ‘tracks’ but rather run a lottery or testing for each year to allow students who missed the cut early on to catch-up. Those options and others have their own issues and a thorough review would require a much longer article or a whole book.

Regardless of what we do though, the most important thing is to stop deluding ourselves that G&T programs select for talent or academic potential. Currently, they largely help to reinforce existing privilege and exacerbate early disparities in academic skill. We can and should do better.

David is a former management consultant who, through his firm, helped coordinate extracurricular opportunities for select high school students including interview practice and a business case competition. Prior to that, he taught two courses, Juggling and Expertise and Expertise by Design, to his fellow undergraduates while at Rice University. He is currently a second year Masters in Public Policy candidate at Harvard’s Kennedy School and a Managing Editor for the Kennedy School Review.