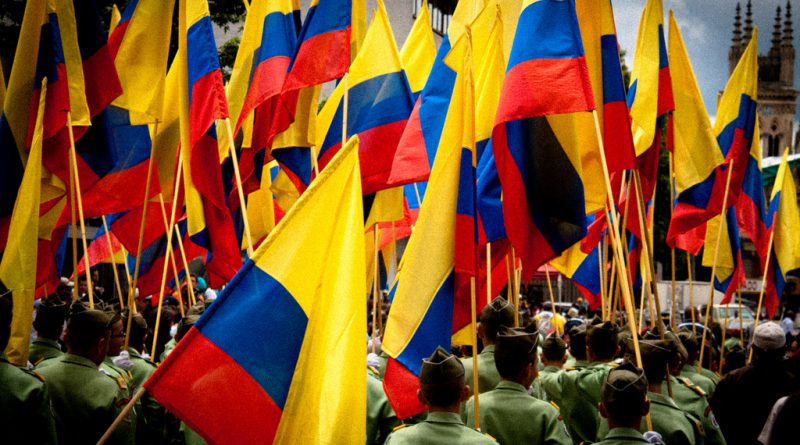 Last Friday, Colombian President Juan Manuel Santos won the Nobel Peace Prize for his long-running efforts to end Colombia’s 52-year civil war. Santos led negotiations between the Colombian government and FARC rebels for four years, ultimately coming to an agreement this August. To go into effect, the agreement needed a final vote from the Colombian people. Though almost all national polls predicted an overwhelming victory for the peace deal, 50.2 percent of Colombians voted on October 2 to reject the deal, while 49.8 percent voted in favor of it—a difference of just 0.4 percent. Why?

Amnesty for FARC in the Peace Deal

Many Colombians objected to the terms of the deal, which would have provided amnesty to rank-and-file FARC rebels. Furthermore, soldiers involved in war crimes would face special tribunals with sentences that would have involved community service work in lieu of prison time. To many Colombians who lived through decades of kidnappings, disappearances, and narcotrafficking, any amnesty to FARC soldiers feels like an affront to justice for a group labeled as a terrorist organization by the Colombian and US governments.

The peace agreement would have also given FARC political representation in Colombia’s congress and would have turned the organization into a political party. FARC would have received a minimum of five seats in Colombia’s Senate and five seats in the lower congressional chamber through 2018. However, the deal did stipulate that the organization could not form a political party until it had completely disarmed, but the concept of a guerilla group with political representation, and therefore political power, was hard for many Colombians to swallow.

The peace deal would have also provided economic assistance to former FARC fighters, giving them a lump sum of $2,500 to start a business. This is a significant amount of money in a country with a per-capita GDP of $6,056. Former combatants would have also received a monthly stipend almost equal to Colombia’s minimum wage. For those who voted “no”, these economic concessions were much too generous.

The peace deal faced a low turnout with just 38 percent of eligible voters participating in the vote. One of the largest percentages of “no” votes came from Antioquia, a province that includes Medellín, Colombia’s second largest city. Medellin is also home to former President Alvaro Uribe, who was one of the strongest advocates against the deal and whose father had been murdered by FARC.

Interestingly, rural areas ravaged by the FARC tended to vote in favor of the agreement in an attempt to bring an end to the violence. In more urban parts of the country, where the FARC had less of a direct impact on livelihoods, a majority of people voted against the deal.  This signifies that the hardest-hit provinces were ready to move forward, to put the violence behind them in favor of peace. In provinces with less contact with the FARC, the concepts of justice and fairness were larger drivers for a “no” vote.

The conflict has killed an estimated 260,000 people and almost half of Colombian families have lost a relative to violence. For many Colombians, the peace deal was far too lenient for the magnitude of crimes committed over the past five decades. Combined with the public perception that the FARC as an organization is on the decline, the peace agreement offered too many concessions and too little retribution.

President Santos now faces the herculean task of trying to renegotiate with FARC leaders in Havana. FARC members had already feared they conceded too much in the original deal, making the development of a new agreement more favorable to the Colombian people very unlikely. Colombia now faces an uncertain future, and leaves Santos, who once stated that “there is no Plan B” if the vote should fail, scrambling for an alternative.  It is unlikely that Colombians will vote on another FARC referendum, thus the government must consider new policy alternatives to weakening the group. For instance, the US gave almost $10 billion in aid to fight the FARC in the last 16 years, diminishing the organization while strengthening the capacities of the Colombian government.

Colombia faces an uncertain future, but the failure of this deal reflects most poorly on Santos, who will likely face former president Uribe in the next election. The failure of the peace deal represents much more than a “no” vote. It represents a lingering dissatisfaction from those who voted against the agreement, and disappointment for Colombians who are ready to move on.

Lauren Windmeyer is a second-year Masters in Public Policy candidate at the Harvard Kennedy School. Prior to HKS, she spent three years in the global health division of the Bill & Melinda Gates Foundation in Seattle supporting multiple projects on the HIV and TB strategy teams. She specializes in gender equity, reproductive health, and international relations.