Home > Articles > My Home is Not a Sound Bite 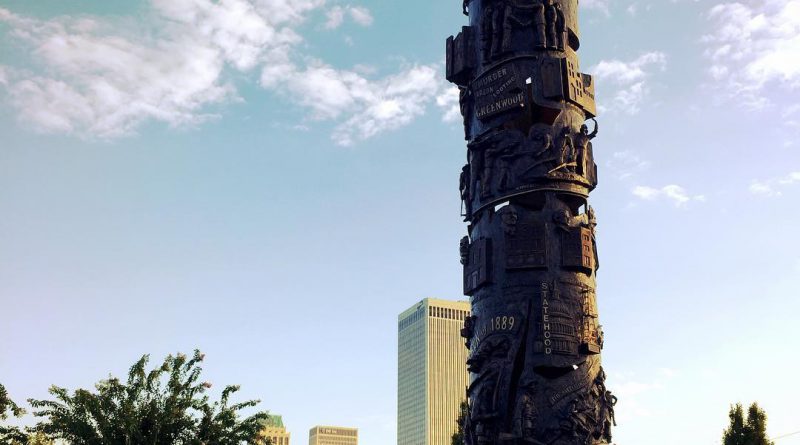 BY JEN SMITH, WITH CALEB GAYLE AND DAVID FRIEDLAND

24 days ago Terence Crutcher was shot and killed by a police officer in Tulsa, Oklahoma. His family grieved their loss in the public eye. CNN wrote an article titled “Why Charlotte exploded and Tulsa Prayed” contrasting the two cities. It ignored lingering historical tensions from the Tulsa Race Riots and evaluated a community’s grief. Ten days later, the first presidential debate mentioned Tulsa twice referencing the shooting. Since then, any time people mention Tulsa, it is in reference to these shootings. Candidates no longer speak in names and stories but reference a place, an entire community touched by loss. Then they move on. Tulsa became shorthand for “community touched by police violence.”

Three weeks later, most people moved on to discuss other topics – new political scandals and what Trump said now. Yet, as a Tulsan in Boston, I feel stuck. Terence was deeply involved with a school I once worked at and I wake up thinking about how the kids at KIPP Tulsa are expected to go about their classes and daily lives.

As I work to process this loss from the very comfortable and, dare I say, complacent place in Cambridge, I reached out to the other two Oklahomans at the Kennedy School. Both are from Tulsa and worked with kids in the city. I wanted to hear their perspectives and, frankly, to know that others were grappling with these questions.

Terence Crutcher’s death shows, yet again, the calamitous outcomes when those possessed by race-based fear are formally empowered to intervene. Numerous experts have illuminated the severity of this sad occasion and provided the needed documentation to inform our collective grief. However, I, a Tulsan, believe that this story needs to be told from the perspective of the young black boys who I coached for three years.

I coached some of the more challenging 1st and 2nd grade boys in football. Challenges of executive function, economic insecurity, emotional self-regulation, and even obstructional defiance disorder manifested daily. Most attended failing schools, as designated by the State Department of Education, and all lived in North Tulsa. North Tulsa is home to the highest concentration of African-Americans in Oklahoma and is nostalgically referred to as “Black Wall Street.” In the early 1900s, African-Americans, unable to live side-by-side with their white counterparts, developed what journalists called “Little Africa” in the northern parts of Tulsa. Professionals of all sorts, the epitome of black wealth, stable institutions of all kinds, and a bustling vibe of cultural, social, and economic activity defined the ethos of North Tulsa.

As the story goes, a harmless interaction between a white female elevator operator and black male shoeshine boy became the unwarranted pretext to launch one of the most devastating attacks. On May 31st, 1921 the Tulsa Race Riot (or as some historians call it “The Greenwood Massacre”) set Black Wall Street ablaze. Over 6,000 black residents were arrested, hundreds were killed, and even more were admitted to hospitals, leaving them to die while infirmed. The indiscriminate blaze engulfed 1,256 personal homes, 191 commercial sites, some churches, and even schools.

Since then, very little intentional work has been done to recompense the victims and the descendants of the victims of this heinous event. North Tulsa’s life expectancy is 11 years less than the rest of Tulsa. It is home to one of the largest failing school feeder patterns in Oklahoma. No quality grocery stores can be found for miles. These are the lives of my football players. Like Terence, the odds are stacked against my boys because they live in the overcast shadow of injustice which has so stunted the recovery of North Tulsa. However, the other football coaches, mostly black men, now look at those same boys with the rational concern that our football players’ desires to be alive might be abridged because of the irrational fear their skin tone invokes. So, my initial reaction was not a concern about my safety as a large black man. Rather, my worry is that those 1st and 2nd grade, black boys—boys whose lives are limited by the pall of injustice in Tulsa—now have to reconcile practicing football down the street from Terence’s murder.

Crutcher’s murder can be processed in many ways, but I ask readers to consider it as a story of mistrust. Crutcher came from a highly underserved community. At minimum his death will compound on those many aches intergenerational poverty inflicts daily. His family will never live the same again and his children will always be fatherless. Those around him will cement suspicions of the people pledged to serve and protect the city.

I taught in Tulsa Public Schools for two years. In my school, teaching students with only one parent was common. Most days of work left me wanting to scream in frustration from the inequalities occurring regularly. As a white male, I felt I perpetuated just as many problems I sought to resolve. For this reason I ask those who read about Terrence Crutcher and criticize police brutality to pause and ask what really is happening.

The Tulsa police department posted the tragic video of Crutcher’s murder quickly, and Tulsa’s district attorney sought a quick resolution. Officer Shelby now faces a charge between four years and life in prison. Because the Tulsa police valued transparency, Shelby’s motives became left open to public interpretation. People read and discuss her like a fictional character even though she is real and similar to many Americans. Lastly, what people draw about Shelby always is the same. One side sees a biased police officer; the other side thinks about an anxious public servant who while even holding a gun feared those she served. Both views shoulder the weight of institutional racism.

Terrence Crutcher’s murder is not an issue solved by small policy change. Police officers and citizens cannot be simply amended to shed barriers and trust one another. And above all, Tulsa is not the only place where there is unrest between community members and their civil servants. Crutcher’s memory should serve to remind those who want to make this country better that it must begin with local leadership.

In the past week, I read over David and Caleb’s words almost daily. Primarily, I feel guilty for struggling to make sense of this when I am so lucky, so privileged to be alive and be safe. While presidential candidates move on and use my home as a sound bite, it doesn’t respect the gravity of the loss for a community. If the challenges we face are nuanced, so must be the solutions.

Jen Smith is a second-year Master in Public Policy student at the Harvard Kennedy School.  She grew up on a cattle ranch in rural Oklahoma. She joined the Teach for America teaching 8th grade English and worked as an instructional coach and Director of Teacher Leadership in Texas and Oklahoma. In her spare time, Jen enjoys salsa dancing, running and reading young adult literature to recommend to students.

Photo Credit: Maggie Cooper. The photo is of John Hope Franklin Reconciliation Park, built in memory of the 1921 Tulsa Race Riots referenced in the article.