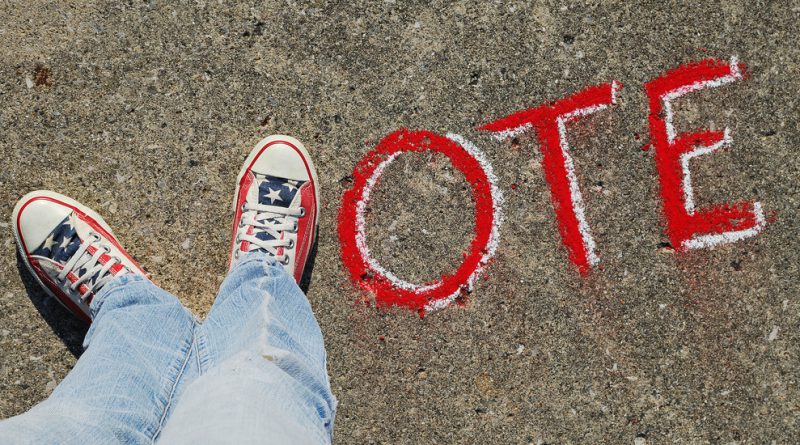 Americans are bad at voting. Okay, maybe that’s a bit harsh, but the U.S. ranked 27th among developed countries with only 53.6 percent of its voting-age population casting votes in the 2012 presidential election. Meanwhile, Belgium, the top-ranked country, had 87.2 percent of its voting-age population vote in its 2014 election. This translates to 128.5 million Americans who voted for a presidential candidate in 2012. By comparison, Americans cast 132 million votes for the 2012 American Idol final.

Despite the dismal voter participation in 2012, there’s renewed optimism that this election will be different. The first presidential debate last month between Hillary Clinton and Donald Trump broke viewership records by drawing in 84 million viewers. Maybe this a testament to how invested Americans are in deciding the future of our country, and that this election will finally invigorate the voter base to draw record voting levels. However, I believe the breaking of any voting records will likely rest in the hands of one group of people: millennials.

As of April 2016, the Pew Research Center found that millennials, defined as those aged 18 to 35, had nearly as many voting-age citizens as the baby boomer generation—69.2 million versus 69.7 million, respectively. While the base of eligible voters in these generations is nearly identical, there’s a stark contrast when it comes to actual voters. The self-reported voter turnout rate for millennials in the 2004, 2008, and 2012 presidential elections was 46, 50, and 46 percent respectively, which pales in comparison to the 69 percent turnout rate for baby boomers in each of those presidential elections.

Studies suggest that millennials are driven by civic values, or those values that relate to good citizenship. If this is true, then why do so many millennials fail to exercise their civic duty of voting? Simply put, millennials underestimate how much their vote matters. I too have been guilty of missing some state and local elections since I turned eighteen eight years ago. But while discussing this election with some of my fellow millennials over the past year, it became increasingly evident to me how many of us fail to realize the impact we can have on the outcome of the election. One of the recurring conversations I have had over the past few months typically goes like this: “There is absolutely no way I would vote for Trump, but I also can’t bring myself to vote for Clinton. I’ll probably vote for [Gary] Johnson or just not vote. My vote doesn’t even matter because [X] candidate is going to win my state.”

This sentiment isn’t just characteristic of my friends. In a recent Quinnipiac University poll asking voters whom they would vote for if the election were held today, 29 percent of likely millennial voters would vote for Gary Johnson and 15 percent would vote for Jill Stein. While there are some who have a clear grasp over what these candidates stand for and support them on that basis, it is naïve to think that 44 percent of likely millennial voters believe that Johnson or Stein is the best path forward for this country.

Rather, this is a glaring example of how millennials are wasting an opportunity to make a meaningful difference in this election. Based on the Pew Research Center’s estimate of voting-eligible millennials (69.2 million) and an average turnout rate of approximately 47 percent over the past three presidential elections, if 44 percent of millennials vote for Johnson or Stein, that would equate to 14 million votes, more than 10 percent of all voters in the 2012 election.

It’s hard to gauge how many of those 14 million votes would be millennials’ way of “fulfilling” their civic duty to vote without having to make a tougher decision between Clinton and Trump, one of which I’d imagine most millennials prefer over Johnson or Stein. Aside from potential “throw away” votes, millennials will also leave votes on the table if they participate at the same rate as they have in the past three presidential elections. For example, if millennials turn out at the 69 percent rate of the similarly sized baby boomer generation instead of their own historical 47 percent rate, that would amount to an additional 15 million votes.

These nearly 30 million millennial votes could significantly impact, and potentially even change, who the winner will be in the most critical swing states. For example, the following figure from FiveThirtyEight displays the fourteen states with the highest potential of tipping the election, with the average expected margin of victory in these states being only 3.8%. Sadly, millennials are leaving tens of millions of votes on the table that could completely alter how this figure will look once all the votes are tallied.

I don’t seek to convince you on which candidate to vote for, nor do I surmise how these millennial votes would be distributed amongst the two major candidates. Rather, I hope to emphasize the fact that as millennials, we have a real opportunity—and responsibility—to shape the outcome of this election. The first step is to register to vote if you have not already done so. Yes, this isn’t as simple as texting a number on your phone to vote for your favorite American Idol contestant, but it’s much easier than you might expect. In fact, the New York Times recently published an article that provides deadlines and information for registering to vote in all fifty states. Once you register, do your homework and decide which candidate you believe will do the best job of leading our country over the next four years.

Millennials, you have the power to shape the course of American history, and it matters this time more than ever given the critical junctures we currently face with respect to things like immigration, race relations, and climate change. Instead of just talking to your peers about the circus this election has been over a beer, take things into your own hands. Get out and vote.

Mike Alter graduated from the Master in Public Policy program at the Harvard Kennedy School in 2016.  Mike is currently an Associate in the Commercial Energy Division at ICF.