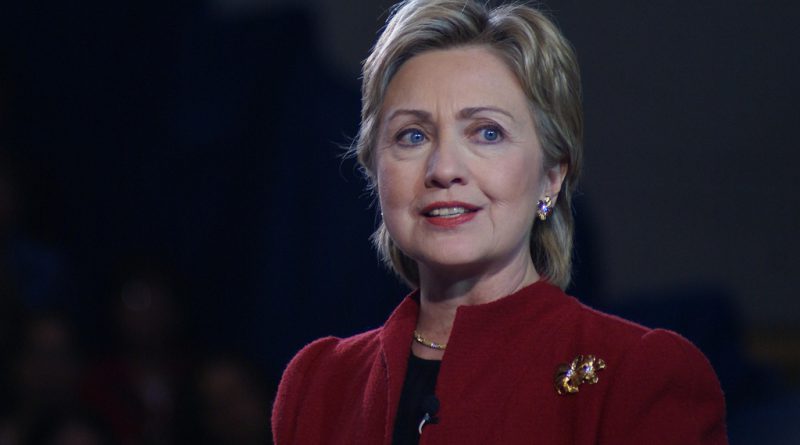 On Monday night, the world finally got to see Hillary Clinton and Donald Trump face off for the first presidential debate. Watching the two candidates on stage together was striking. Hillary Clinton is one of the most, if not the most, qualified presidential candidates in history, with an extensive resume: First Lady, Senator, and Secretary of State, to name but a few. In contrast, Donald Trump has no elected experience, no real policy proposals, and a history of racist, sexist, and xenophobic remarks.

And yet, according to the pundits, Clinton had a laundry list of tasks to accomplish during this debate. She needed to sell her complex policy proposals in a way that people could understand, be relatable to connect with the American people, maintain her composure, look smart but not smug, take matters seriously but also be funny, and more. Trump, on the other hand, just needed to tone down his rhetoric slightly—and maybe lie a little less.

This difference in standards for judging the debate performance of each candidate is striking. For Clinton, it seemed like it would be impossible to win. To strike the perfect tone and message in every interaction is nearly superhuman. To ask Trump to stop lying or soften his tone is a lower bar to clear.

Clinton certainly knew all the challenges she was facing and came extremely prepared. Trump, to his credit, seemed to have prepared, too. The first few minutes showed a subdued Trump who hit his main message on trade and the middle class. But within the first thirty minutes, Trump’s preparation reached its limit. At one point, Trump criticized Clinton for taking time off her campaign to prepare for the debate, and Clinton replied, “I think Donald just criticized me for preparing for this debate. And, yes, I did. You know what else I prepared for? I prepared to be president. And I think that’s a good thing.”

But beyond having to balance the impossible expectations we put on women in our society on the biggest stage in the world, Clinton also needed to sow doubts about Trump’s character. This was easy—all she had to do was remind Americans of Trump’s sexist views.

Some pundits argued that Clinton had to appear “presidential” in the debate, but when every past president has been a man, it is hard to understand to which standard they hold Clinton. Trump asserted that Clinton “doesn’t have the look” and “stamina.” Clinton retorted, “As soon as he travels to 112 countries and negotiates a peace deal, a cease-fire, a release of dissidents, an opening of new opportunities in nations around the world, or even spends eleven hours testifying in front of a congressional committee, he can talk to me about stamina.”

CLINTON: You know, he tried to switch from looks to stamina. But this is a man who has called women pigs, slobs and dogs, and someone who has said pregnancy is an inconvenience to employers, who has said…

TRUMP: I never said that.

CLINTON: …. women don’t deserve equal pay unless they do as good a job as men.

TRUMP: I didn’t say that.

CLINTON: And one of the worst things he said was about a woman in a beauty contest. He loves beauty contests, supporting them and hanging around them. And he called this woman “Miss Piggy.” Then he called her “Miss Housekeeping,” because she was Latina. Donald, she has a name.

CLINTON: Her name is Alicia Machado.

TRUMP: Where did you find this?

CLINTON: And she has become a U.S. citizen, and you can bet…

Clinton, for her part, skillfully dodged most of the attacks that Trump fired her way, and revealed a thorough understanding of the issues along with a quick wit. In talking about how much harder women have to work, Ann Richards, the former governor of Texas, once said, “After all, Ginger Rogers did everything that Fred Astaire did. She just did it backwards and in high heels.” Clinton had to do everything backwards, in high heels, with the weight of the world on her shoulders, and land every move perfectly. Trump simply had to show up.

While stumping for Clinton in Philadelphia a few weeks ago, President Obama stated, “You don’t grade the presidency on a curve.” We shouldn’t grade the debates on a curve either. Clinton was presidential in every way we could hope a modern candidate to be: knowledgeable, prepared, articulate, and poised. She aced the test with or without the curve and clearly won the first round.