Home > Articles > Let’s Admit That Our Presidential Debates Are Rigged 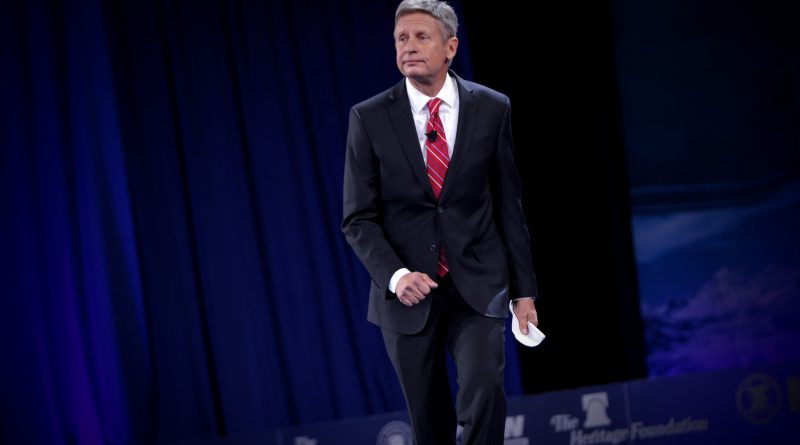 I was disappointed last week to learn that Libertarian presidential candidate Gary Johnson was officially excluded from the three U.S. presidential debates. The two-term New Mexico governor, who cares equally about reducing budget deficits, protecting civil liberties, and improving the justice system, will not get a podium. I was frustrated, but hardly surprised. The Commission on Presidential Debates (CPD), which stages the events, hasn’t included a third-party candidate in almost a quarter century.

Why? It isn’t because Americans are satisfied with their two presidential choices, Hillary Clinton and Donald Trump. Both candidates are viewed unfavorably by more than half of likely voters. It also isn’t because Johnson has less support than other third-party candidates who have participated in debates. Ross Perot had lower polling numbers than Johnson when he was invited to debate George Bush and Bill Clinton in 1992.

The real reason is that “the Commission” isn’t really a commission at all. It’s a private organization that has almost complete autonomy to set the rules for who gets on stage and who doesn’t. The Commission is more like a cartel. Aside from a few token TV journalists, its board is stacked with establishment Democrats and Republicans to ensure the format is acceptable to both major candidates. It’s not surprising then that a private organization made up of Democratic and Republican operatives isn’t interested in including third-party candidates.

The rigged debate system tends to slip under our noses, but we must confront an uncomfortable fact: the only mass-audience events where Americans can hear candidates share and debate ideas are run by the two major parties themselves. Credible presidential candidates outside the big two parties don’t even get a shot to make their cases.

So what should we do about it? First, we should demand that the real commission (the Federal Elections Commission) update how it regulates debates. Since the late 1970s, the FEC has exerted only superficial regulation over televised presidential debates through its campaign finance exemption. Organizations that stage debates get an exemption that allows them to accept large corporate donations and spend money to run the shows. In return for that exemption, the FEC says that debate organizations must use “pre-established objective criteria” for selecting candidates to include. That’s not enough. Objective criteria are not necessarily fair.

The first two criteria make sense, but the third purposely restricts third-party candidates. Only major political parties (and some celebrity-billionaires) have the money to build the name recognition that gives a candidate 15 percent support of eligible voters. The polling threshold was explicitly defined in 2000 after the CPD was criticized for arbitrarily excluding Ross Perot from the 1996 debates. The FEC should make rules in the best interests of Americans, and take the power to determine participants away from the presidential debate cartel.

The FEC would only have to make a small tweak to the CPD’s criteria to make the system fair. It can keep the first two criteria (be constitutionally eligible to be president, and achieve ballot access). For the third, the FEC should switch from requiring a minimum threshold of Americans who support a candidate, to a minimum threshold of Americans who want to include a candidate in the debates. Debates are meant to help people make their decisions. At the end of August, only 7 percent of voters “strongly supported” Gary Johnson, but a whopping two-thirds of voters said they hadn’t heard enough to make a decision. Not surprisingly, 62 percent of voters say that Johnson should be included in the debates.

The system that governs presidential debates in the U.S. isn’t designed to help people pick the right candidate. It’s designed to help political parties stifle their competition. We don’t notice it as much when those parties deliver good candidates. But in a year when most of us are fed up with our two choices, it’s time to reassess the system. Let’s make sure our presidential debates serve the public interest, not the parties.

Ben Blink is a master in public policy candidate at the John F. Kennedy School of Government at Harvard University. His work focuses on leadership, management, and government innovation.