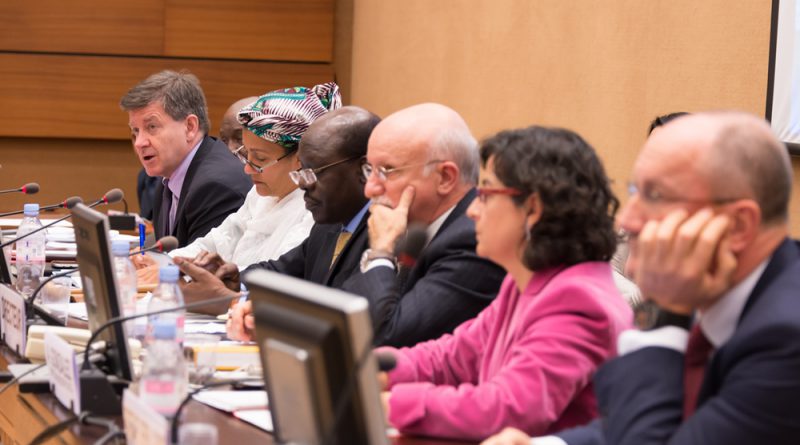 September 25 marks the first anniversary of the UN’s Sustainable Development Goals (SDGs): a list of global ambitions for improving the state of things.

The first is to “end poverty.” The goal’s various targets, which intend to elaborate on what exactly is meant by ending poverty, tell us that by 2030 all people will have “equal rights to economic resources.”

By ensuring a “significant mobilization of resources” through “enhanced development cooperation” to provide “adequate and predictable means” for implementing “programmes and policies to end poverty in all its dimensions.”

It’s hard to blame a writing-by-committee exercise for hollow language. And this is the United Nations, so we’re more forgiving: what the UN calls an “innovative, constituency-based system of representation” for forming the SDGs means that inclusivity will come at the cost of poor writing.

Unfortunately, it will probably also come at the cost of better development outcomes.

The SDGs were crafted as an outgrowth of the Millennium Development Goals (MDGs), the UN’s first big go at global goals in 2000. The SDGs (17 goals, 169 targets) are a manifold increase over the MDGs (8 goals, 21 targets). Lobby groups argued that development is complex, so this time more is better; that there are quite a few ways to measure things like development, so we better have lots of targets.

The proponents of the SDGs are right: it’s complicated. That’s probably why a time-bound list of amorphous-sounding goals designed from up high is a strange idea.

Of course, setting goals can be helpful. We’re more likely to exercise if we set days and ways to do so; organizations enhance performance when members rally around common objectives; public services get delivered more reliably when standards are set and communicated. But do goals always work?

According to the UN, these do. We’re told that the MDGs were generally a success, which motivated another round of goal setting with the SDGs. But were the goals so unambiguously successful? We’re also told that this global goal setting works because it influences local policymaking. But did policymaking change as a result of influential goals?

Both these claims undergird the SDGs. So on their first anniversary, let’s revisit them.

If we’re to listen to the UN itself, the MDGs were a runaway success. They “produced the most successful anti-poverty movement in history.” The goals “helped to lift more than one billion people out of extreme poverty” and “enabled people across the world to improve their lives.”

Did the MDGs do anything of the sort?

The UN reported that extreme poverty had fallen by more than half since 1990, meeting MDG 1—arguably the most talked about. In a critical analysis, scholars pointed out that the UN adjusted the initial call for a 50 percent reduction in the absolute number of people living in extreme poverty to a reduction in proportion. Given that the absolute number of extremely poor people has increased in regions like Sub-Saharan Africa during the MDG time-period (there are more poor Africans today than in 1990), this seems to have moved the goalpost in a convenient direction.

Other scholars have called out less obvious but no less troubling methodological issues. Nearly every country in sub-Saharan Africa, for example, claims to have undertaken household surveys. However, when the UN announced that the world had halved extreme poverty, only half had actually done so in the previous six years, using data extrapolated from prior surveys instead. Data analysis has also taken the liberty of assuming that countries without surveys have the same poverty rate as others in the region. This means that Somalia, Myanmar and Zimbabwe are comparable to their neighbors. North Korea, we’re asked to believe, is as well off as China.

The UN’s cheerful proclamations also fail to make elemental distinctions about why the numbers are what they are. That extreme poverty has been cut in half (again, it bears repeating, it has not) says nothing about China, the country responsible for three-quarters of global reduction. When MDG 1’s success was announced, the actual number of extremely poor people was the same in 2008 as in 1981 if we exclude China from the data.

This is one of the more widely circulated perspectives: that the goals force focus. They narrow in on what countries should be doing; indeed, policymakers are now tasked with forming national plans in response to the SDGs.

Where scholars have scrutinized development policymaking changes driven by the MDGs, the results haven’t been glowing. In 2011, researchers investigated “measures of actual policy change… in the MDG period” in low-income countries, finding little to no evidence of improvements across MDG priority areas. While the MDGs pushed topics like poverty reduction into “international discussions” and “summit meetings,” that didn’t translate into much by way of actual policy improvements within countries.

The reasons for this lack of influence haven’t been adequately explored, but some might be intuitive. It would seem an imaginative stretch, for example, that broadcasting global goals such as “ensure access to water and sanitation for all” effectively influences the local systems on which meeting those goals depends.

Take Nairobi’s municipal authorities. Most do not likely need to be told that sanitation is important, or that decreasing water-borne diseases is a good idea. The medieval sanitation systems on which most of the city’s poorest residents rely persist because the poor have little political power to demand otherwise; because resources that might otherwise be used to build those systems are put to use on behalf of policies and projects that benefit those in power; and also, because these problems are hard. In this light, the SDGs risk not only being of questionable use, but also risk being condescending.

The question, then, is not what goals are evidently good. (Poor sanitation is bad; clean water is good.) Nor is it whether they meaningfully guide policymakers who might not otherwise know about problems of poverty. The more productive question for development is why some countries implement evidently good policies in pursuit of obvious goals and some do not.

Systems that solve problems for people—that build safer sanitation systems, that deliver life-saving medications, that dependably enroll children in school—are responsive ones. They are dependent upon the decision-makers behind those systems being held to account. By simply telling us that these goals are important, the SDGs gloss over the tougher conversation about who makes policies, why, and what rewards or consequences await them if they benefit or fail a citizenry. They ignore the necessary localization of responsibility that makes development policy responsive to the poor.

Nairobi’s poor will benefit from safer sanitation when political systems become more accountable to them, not from a detached and faraway institution free from liability. As the West’s own history suggests, development doesn’t happen when distant technocrats publicize lofty goals. Progress happens incrementally and painstakingly, when populations are able to exercise political, social and economic rights that force systems to bend to their needs.

The SDGs are now set. But rather than treat global goal setting as a kind of a priori facet of development policymaking, let’s spend more of the next fourteen years having that tougher conversation on how development does and doesn’t happen.

Grant Tudor is the founder of Populist, a nonprofit group increasing the impact of products and services designed for the poor. He’s currently a graduate student at Harvard Business School and Harvard Kennedy School of Government, and a Zuckerman Fellow at Harvard’s Center for Public Leadership.
Photo Credit: UNCTAD via Flickr.