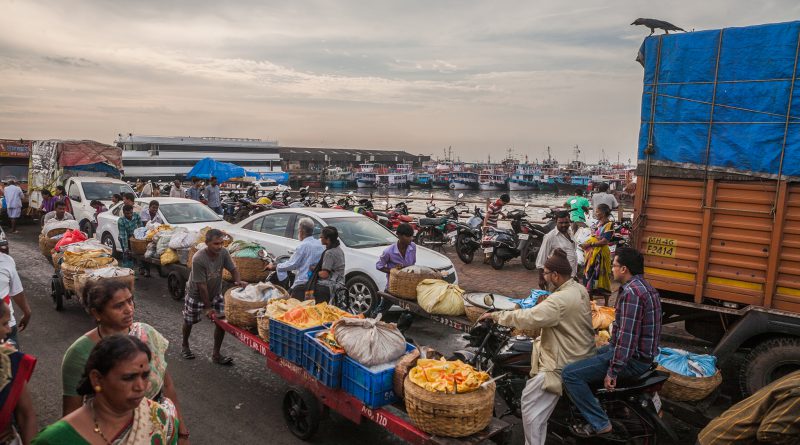 At the World Bank Spring Meetings this year, Raghuram Rajan, the head of India’s central bank christened India a “one-eyed king in the land of the blind” when asked to comment on the rapidly-growing Indian economy in the context of flagging global growth. The country’s growth-focused government did not approve—Finance Minister Arun Jaitley responded, “at 7.5 percent growth, any other country in the world would be celebrating.”

The numbers bear out that India is a “bright spot”—an epithet that Christine Lagarde of the International Monetary Fund (IMF) has been using for the economy since 2015. After Britain voted to leave the European Union, the IMF reduced growth projections for 2016-17 in the U.S., U.K., and Japan to 2.2, 1.7, and 0.3 percent respectively. For developing markets, the IMF’s estimated 7.4 percent for India continues to outshine China’s 6.6 percent. The Asian Development Bank reports that India has shrugged off global headwinds and is on track to meet its 7.4 percent target. And Standard and Poor’s Global Ratings posits that India could far outperform the rest of the world by growing at 8 percent over the next three years.

Was Rajan being too circumspect? Not quite. A closer look at these projections reveals that they depend on a string of unpredictable factors: A good monsoon (more than half the population still relies on agriculture); the ability of public sector banks to get rid of non-performing assets, mainly bad loans (currently they account for a staggering 9.5 percent of total loans); structural reforms to stimulate private investment (India ranks 130 of 189 economies in Ease of Doing Business); and manufacturing growth (the sector still accounts for only 16 percent of GDP compared to over 20 percent in Brazil, China, Indonesia and Malaysia).

In the short to medium term, the government is well-positioned to sustain the momentum. Since 2014, the country has experienced growth while maintaining low inflation rates and fiscal deficits. The government has used its resounding majority in the lower house of Parliament to pass investment-friendly legislation to liberalize foreign direct investment, improve investment procedures, and tackle the problem of non-performing assets. With deficits and the rupee broadly under control, policymakers can pursue quick fixes to promote growth over the next two or three years, such as auctioning the telecom spectrum, hiking interest rates, and increasing public spending.

But, in the long run, India would do well to heed Rajan’s words of caution: “We cannot get carried away by our current superiority in growth, for as soon as we believe in our own superiority and start distributing future wealth as if we already have it, we stop doing all that is required to continue growing.” Given the pressures of a burgeoning population that will overtake China’s by 2022, high, sustainable growth will need more than sound economics and short-term stimuli.

One daunting statistic puts this task in perspective: the government must help create jobs for the one million Indians who reach the employment age (15 years) each month. Post-liberalization growth in India has been driven by the services sector, particularly information technology. To enable the working-age population to be productive, job-intensive manufacturing must substitute services-led growth, which accounts for 61 percent of the country’s GDP, but employs less than 4 percent of the population. Easier said than done—despite the government’s “Make in India” push, employment-generation declined in eight labor-intensive sectors, including leather and automobiles, in 2015.

Private investment, another prerequisite for sustainable long-term growth, remains inadequate. For India to tap into the plethora of investment opportunities, the country’s unwieldy bureaucracy will have to be overhauled to ease processes like enforcing contracts and dealing with construction permits that have become the banes of doing business in India.

Attempts to address these two prerequisites for sustained growth—manufacturing and private investment—are underway. One such reform, the Goods and Services Tax (GST) was passed with much fanfare in Parliament this month. The GST has the potential to increase growth by two percentage points, enabling the federal government to sustain 7.5 percent growth at worst and achieve double-digit growth at best. By combining all indirect taxes on business-owners and investors into a single tax, the GST is slated to improve efficiency, spur manufacturing growth, expand the formal workforce, and facilitate private investment. But this too is contingent on effective implementation by the state-level bureaucracy.

A third consideration that is often overlooked in India’s growth narrative is inequality. Although credible and consistent data on inequality in India is unavailable, a Credit Suisse report estimates that the top 1 percent of the population owns over half the wealth in the country while the bottom half jostles for just 4.1 percent of national wealth. In the long run, this inequality could pose a major threat to aggregate demand and growth.

Inequality has been off this government’s radar, unlike in most previous regimes where inclusion was a political buzzword. The political will to expand the size of the pie is unprecedented, but when and how it will get distributed to sustain high growth remains to be seen. If India is to combat inequality, the government must, to begin with, proactively address the paucity of data, and  prioritize the subject in public discourse.

There is much to celebrate about India’s growth in the last few years. And in the short run, the government can facilitate quick fixes so that the growth bright spot endures. But to sustain this in the long run, the government must implement difficult, systemic reforms to ensure job-intensive manufacturing growth, attract private investment, and tackle inequality in a meaningful way.

Malini Bose is an incoming Master in Public Policy student at the Kennedy School. She was previously an Associate in the India practice of the Albright Stonebridge Group in New Delhi, where she helped multinational corporations and non-governmental organizations assess policies, identify opportunities, and collaborate with the government. She holds a postgraduate diploma in liberal arts from the Young India Fellowship and an undergraduate degree in Economics from the University of Delhi. She also volunteers with organizations that enable more Indian women to join or stay in the workforce.