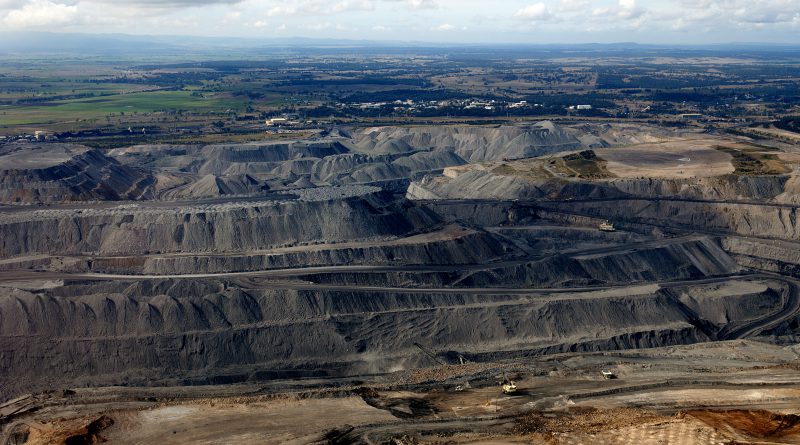 Most Australians today accept that the mining boom of the mid-to late 2000s, which reshaped the country, is largely over. But an overlooked segment of history is that the end of the stunning run in bulk commodity prices came as a rapid and unexpected shock to most of the nation. Despite predictions of weaker Chinese growth and large levels of investment to meet global demand, much of the nation was taken by surprise at the pace and depth of the price falls.

The Australian mining boom began in the early years of the twenty-first century and lasted nearly a decade. The term “mining boom” is slightly misleading—rather than actual mining, 2003-2011 saw a remarkable run up in commodity prices associated with increased Chinese demand and capacity shortages prior to these increases. During these years, the global price of Australia’s resource exports, particularly iron ore and coking coal (two inputs in steelmaking), more than tripled. Investment and production soon followed.

This reshaped the country in countless ways: revenue from the mining industry doubled as a share of GDP during this time period and Perth (the capital of resource-rich Western Australia) was re-invented as a city: bars and eateries bloomed, the population surged, and median house prices doubled. Although it is hard to disentangle the relevant terms-of-trade effects from the Australian government’s fiscal stimulus measures at the time, many argue that Australia may not have evaded the Great Recession without the boom.

Then, as rapidly as they rose, commodity prices collapsed. After peaking in 2011, bulk commodity prices began to fall—despite a brief rally late 2012 to early 2013—and did not look back. From its mid-2011 zenith to July this year, the Reserve Bank of Australia’s monthly price index of bulk commodities (iron ore, metallurgical coal, and thermal coal) fell by approximately 70 per cent in US dollar terms. Some of this was long anticipated: Chinese GDP growth rates were perennially predicted to fall throughout the noughties, and the surge in production from mining investment gradually reduced the imbalance between global supply and demand. However, few anticipated the speed at which these prices, and consequently investment, would plummet.

On August 22, 2012, BHP Billiton—the world’s largest miner and Australia’s largest company by market capitalization at the peak of the price boom—cancelled the planned 30 billion AUD ($23 billion in 2016 dollars) mega-expansion of its Olympic Dam copper mine in South Australia. Similarly, other projects by other companies followed and two days later, Martin Ferguson, the then resources minister, said, “the boom in commodity prices is over.” Investment in the sector continued to fall from this point onward for the next four years.

The swiftness and depth of this development stunned the country. Paralysis ensued, and the actual chain of events was overlayed with conflicting but compelling narratives from the same set of facts. Revenue forecasts proved persistently over-optimistic and the Australian government faced eight successive budget deficits in a row. This weakened the country’s fiscal position—iron ore and coal alone account for more than half of Australia’s commodity exports—and prolonged the projected time of a return to surplus.

Many companies remained unconvinced that prices would continue to fall even years into the declines. The CEO of Fortescue Metals Group predicted in 2013 that the price of iron ore would recover strongly, and the company invested against the cycle, betting on this price rise. By 2015, Fortescue was laying off 100 workers a day, and famously accused mining companies BHP and Rio Tinto of strategic dumping (that is, flooding the world market with output to artificially lower prices).

The shock also led to the repeal of a tax on mining profits, the Minerals Resource Rent Tax (MRRT), which collected less than 1 percent of its projected first-year revenue in financial year 2012-‘13. The tax had been enacted to capture a return to the nation for its non-renewable resources, but as mining companies experienced profits that were far lower than anticipated, the MMRT turned out to be unviable.

A discussion about Australia’s economic vulnerability ensued, and remains unresolved today. However, the shock also illuminated other effects, not all bad. When the price run ended, it did not change the fact that the boom enriched the country for many years. Despite the reduction in prices and investment rates, Australia has not (to date) experienced a recession or significantly succumbed to the Dutch disease as some had predicted at the time. Even today, industry output and export revenues from the sector are higher than their pre-2003 levels.

The price declines influenced the career choices of many Australians—this author included—to work in the mining industry. I was an undergraduate in Melbourne and worked briefly in 2010-‘11 at a gold mining company, but upon graduation opted for a safer job in competition economics.

The Australian government has not yet needed to intervene in response to the fall in commodity prices. Looking ahead, Australia can pride itself on this natural resilience: the past five years have shown that our country is more flexible and capable of weathering major economic shocks than many had believed. Nobel Prize-winning economist Paul Krugman recently praised our floating exchange rate and export diversity as likely reasons for this. But whether this flexibility is enough to see us through future shocks remains uncertain.

Hubert is an economist and current Master in Public Policy student at the Harvard Kennedy School. He has a background in the resources industry and also spent his childhood near sites in Chile, Papua New Guinea, and Australia. He previously worked at the Australian Competition and Consumer Commission and the not-for-profit Global Voices.