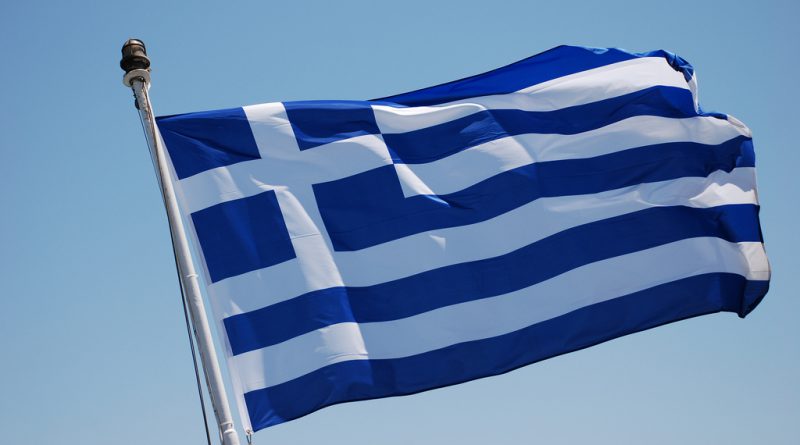 The 12 July 2015 Euro Area summit ended with a last minute agreement that avoided an imminent Greek exit from the Eurozone (“Grexit”).[i] Even before engaging talks about the third bailout program in 2015, the Greek government had accepted several prior bailouts with accompanying conditions negotiated with their European partners and the International Monetary Fund (IMF). Leading up to the latest negotiations, Greece had already received €215 billion from official creditors (of which €183 billion was from European countries and €32 billion was from the IMF) since 2010.[ii] In the July 2015 summit, European officials agreed on an official loan from the European Stability Mechanism of up to €86 billion, again with strict conditions. Among these conditions, one of the most debated elements during the negotiations was the creation of a fund to monetize €50 billion of public assets through privatizations and other means (concessions, granting of licenses, rights of use, etc., on state assets), so as to reduce the public debt.

As of 2016, no official estimate of the total market value of Greek public assets exists. Therefore, it is hard to know whether the target is realistic. The motives of European partners who put the condition on the table were first and foremost political, and the asset sales target has been approved without prior official technical expertise. This question of feasibility is critical because it determines the level of debt relief necessary to achieve public debt sustainability. We argue that current uncertainty surrounding the feasibility of the privatization target, coupled with the absence of an up-front deal on debt relief, undermines prospects for recovery.

Is a €50 Billion Goal Reasonable?

Over the pre-crisis period, the ratio of estimated Greek government wealth to national income follows an increasing trend similar to other countries such as France and Spain, although it has consistently remained higher than in the main countries of the Euro Area (see table). This is because, in spite of deep fiscal deficits, substantial public investments and a surge in domestic house and equity prices increased the value of government assets faster than its debt.[v] Although net public wealth initially rose due to the sharp decline in the market value of Greek tradable bonds in 2010–2011 before the early 2012 sovereign debt restructuring, the crisis eventually led to a steady decline in the government wealth ratio up until now.[vi] This decline derives from a combination of factors: first, the surge in public debt following the official bailouts; second, the fall in domestic house and equity prices; and third, the sale of public assets as part of the previous privatization plan from 2011 onwards.[vii]

At this stage, the lesson is clear: the government has many assets worth several hundreds of billions of euros.[viii] The monetization of carefully selected assets (in particular those that are currently underexploited) could help the government lower public debt and achieve primary surplus targets by generating additional revenues thanks to long-term concessions or licenses, for instance. However, at least two issues hamper the privatization process, thereby threatening the credibility of the €50 billion target:

How can Greece find credible sources of revenues to make public debt sustainable in the current environment? There is little leeway. Imposing further austerity could be counterproductive. The government is unlikely to obtain significant debt relief from its Euro Area partners because (1) a nominal haircut (i.e., a reduction in the face value of outstanding debt) has been clearly excluded, and (2) the public debt already has an accommodating redemption profile (long-term maturity and very-low-interest burden). Further extending the current grace period will not solve anything if growth does not pick up.

With the current deadlock in mind, we looked into the wealth illegally held by Greek households in tax havens. While several studies have already stressed that tax fraud is a rampant phenomenon in Greece,[ix] [x] there has been no estimate of the value of assets held by Greek residents in offshore centers. Compiling data from the Swiss National Bank and Treasury on holdings in local banks and drawing on a methodology developed by Gabriel Zucman,[xi] we estimate that Greek households’ hidden assets in Switzerland amounted to €70 billion at the beginning of 2014. Since Switzerland holds approximately 50 percent of the European offshore wealth hidden in tax havens worldwide, the total offshore assets that evade taxes every year in Greece could reach €140 billion.

The extent of the phenomenon is alarming. The bank accounts hidden in Switzerland could represent about 50 percent of the official net financial wealth of Greek households, which amounted to €146 billion in early 2014.[xii] By comparison, Greek households own, in value, as much hidden money in Switzerland as the Spaniards, while their net financial wealth is about five times smaller.[xiii]

To what extent could ex post taxation of hidden savings alleviate the need for debt relief? When the government discovers a hidden account, it can levy a tax on the returns made over the last five years, as well as on inheritance if the latter has occurred fewer than five years ago. In addition, it can make the evader pay a penalty for tax evasion, as well as interests for the delay in the tax payment.[xiv]

According to our computations, if the Greek government could track down the accounts hidden in Switzerland, it would receive a one-time revenue of at least €8 billion or 4.5 percent of 2014 GDP. In addition, assuming a 6 percent return on these assets, the government could increase its annual revenues by €600 million or 0.3 percent of GDP. If it was able to tax all offshore accounts—i.e., not only the ones located in Switzerland—it could immediately obtain a total of €16 billion or 9 percent of GDP in new taxes and penalties, as well as €1.2 billion or 0.6 percent of GDP annually in additional taxes.

Lastly, we examine the dynamics of Greek tax rates on the returns on assets held abroad by domestic residents. While tax rates amounted to 25 percent for foreign-earned dividends and 45 percent for foreign-earned interest in 2012, they went down to 10 percent and 15 percent respectively in 2015.[xv] These rates are about half the European average[xvi]. The same pattern is observed for the inheritance tax rate on the closest relative, which decreased from 20 percent in 2007 to 10 percent today.[xvii] While this decrease in tax rates is unlikely to bring offshore assets back, it forces the government to turn to other revenue sources, such as the VAT, which depress aggregate demand and growth prospects.

In times of fiscal tightening, bank secrecy—just like international tax competition to attract corporations—imposes a drag on countries by significantly increasing the costs of adjustment and putting the weight on the less well-off. The problem is particularly acute in Greece where the amounts of hidden assets and the magnitude of the required fiscal adjustment are higher than in other countries.

Now, Greece needs an ambitious plan to ensure debt sustainability; it is a prerequisite to restoring confidence in the economy. We think that this will not be achieved by simply promising uncertain privatization proceeds. Additional sources of revenue are needed to strengthen the credibility of the primary surplus targets, which, along with output growth, are critical to alleviate the debt burden in the medium-term.

Taxing offshore assets is potentially a more efficient and fair means of increasing such revenues than additional austerity measures. The main issue is whether finally putting an end to bank secrecy is feasible. In that respect, rethinking international economic cooperation at the European and G-20 levels to broaden the current focus on trade agreements towards cooperative efforts to combat tax evasion is urgent. Steps have already been taken in this direction: an agreement on automatic exchange of information was signed between Switzerland and the European Union on 27 May 2015.[xviii] However, this agreement is far from solving the problem because only the accounts that are held directly by Europeans are subject to this mandatory transmission of information. Thus, if a Greek resident holds his Swiss account through a sham corporation domiciled in the Cayman Islands for instance, he will not be worried by the mandatory transmission of information scheme. Additionally, since this agreement only comes into force in 2018, the Greek residents who currently hold their offshore account in their own names have time to implement financial setups to avoid the regulation.

Hence, one should not neglect the difficulties of the path forward. As argued by Richard Baldwin on VAT fraud, “there is nothing common about common sense when it comes to the EU and taxation”.[xix] And on the Greek side, efforts to improve tax collection and the payment culture have largely failed to date, as noted by Olivier Blanchard.[xx] Let us hope that the depth of the current crisis will change this story.

Paul-Adrien Hyppolite is an Arthur Sachs fellow at Harvard University and graduate student from the École normale supérieure in France.

Nina Roussille is a PhD student in Economics at UC Berkeley and was previously a Harvard LEAP pre-doctoral fellow.

Acknowledgements: The authors would like to thank Thomas Moatti, Thomas Piketty, and Gabriel Zucman for their valuable guidance on the research projects backing this article.

Note: the print journal edition of this article includes a series of explanatory appendices, not featured in this online version. Click here to order the complete 2016 print edition.

[viii] We value the public asset portfolio at €321.5 billion (end 2014–early 2015 estimate). This figure is coherent with a May 2011 statement of the former director of the IMF European Department, Antonio Borges, who stated: “The government has an extraordinarily large portfolio of assets” and €50 billion “is less than 20 percent of all assets that the Greeks could privatize.” Note that this was the only time when a potentially comprehensive evaluation of the value of the public asset portfolio was ever mentioned. [Jeff Black and Jana Randow, “IMF’s Borges Sees No Need for Restructuring of Greek Debt,” Bloomberg Business, 12 May 2011. http://www.bloomberg.com/news/articles/2011-05-12/imf-s-borges-sees-no-need-for-restructuring-of-greek-debt-1-.]

[xviii] Agreement on automatic exchange of information with Switzerland: