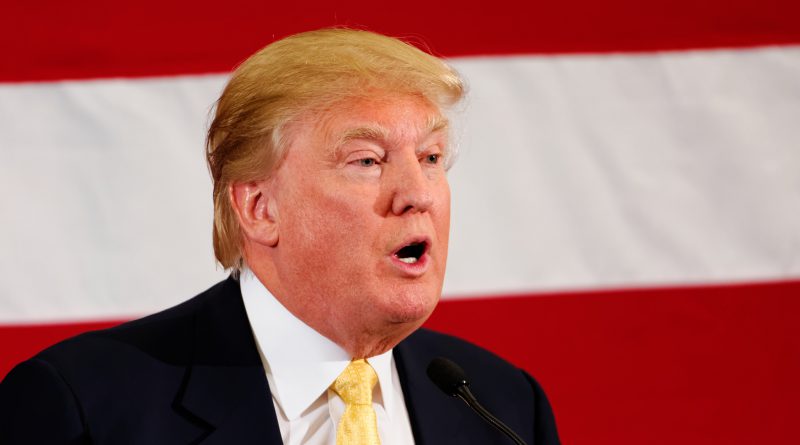 For years, the Republican Party’s foundation has solidly rested on a three-legged stool of social conservatism, interventionist foreign policy, and fiscal moderation. Remarkably, the current Republican nominee for president, Donald J. Trump, does not espouse any of these values, deviating from what the Reagan Revolution set in stone more than three decades ago.

What’s most perplexing is not Trump’s apparent lack of religiosity or his “America First” foreign policy mantra, but his radical departure from fiscal conservatism. Fiscal responsibility—at least in name, if not always in practice—is a tenet of modern Republicanism (and a platform of centrist Democrats). It is arguably the most powerful unifying factor that keeps the religious right and the libertarian wings of the party from splintering.

Yet, unlike others in his party, Trump has largely sidelined the issue of the deficit and growing national debt, instead choosing to rail against trade deficits. While his website says that his policies wouldn’t “add to our debt and deficit, which are already too large,” the truth is that the patchwork of policies he promises would actually balloon the deficit and increase our nation’s debt.

A recent analysis by the nonpartisan Committee for a Responsible Federal Budget (CRFB) estimated that Trump’s spending and tax policies would increase the public debt by $12 trillion over the next ten years. This is the equivalent of having to borrow an additional $1.2 trillion annually, which is almost one-third of the current federal budget.

The Congressional Budget Office projects that, absent any changes (which it calls its “current law” baseline), annual deficits will get worse over the next decade, with debt-to-GDP rising from 74 percent at present to 86 percent by 2026. If you add in Trump’s fiscal policies, they would further swell our debt-to-GDP ratio to 129 percent, surpassing the post-war peak. This would push the U.S. into uncharted fiscal waters that could jeopardize future economic growth as well as crowd out private spending.

How would one of America’s most prominent businessmen fail so dismally to balance the books? Nine trillion of this deficit increase would come from substantially cutting marginal tax rates and increasing tax deductions, while the rest of the costs arise from increases in spending and the accompanying larger interest payments on the national debt.

Costs associated with his other policies pale in comparison to these tax plan costs. Even if you believe “Mexico’s going to pay for the wall,” that would only trim Trump’s deficit spending by eight, ten, or twelve billion dollars, depending on which estimate you accept from the candidate himself.

What about the economic growth that Trump’s tax cuts would spur? Wouldn’t that offset these deficits? True, cutting taxes has an offsetting effect that helps economic growth because it promotes more work and investment. But even accounting for economic growth, this would only marginally lower the overall deficit of Trump’s plan to $10 trillion, according to the Tax Foundation, a respected right-leaning research organization.

In order for Trump’s plan to pay for itself, America would need to have eight percent real annual growth over the next decade. This is highly improbable. The CRFB notes growth would have to be five times higher than current projections, a growth rate double what the country experienced during the 1960s, the most prosperous decade in recent history.

Meanwhile, Trump has stated that he will not touch Social Security, Medicare, or military spending. Altogether, spending in these three areas accounted for $2 trillion, more than half of the $3.7 trillion federal budget in 2015. Taking these spending buckets off the table and keeping the proposed increases for areas like immigration enforcement would require that a Trump administration cut all other federal spending by 63 percent to prevent us from running deficits. The chances of that happening are slim to none.

No doubt, Trump has effectively tapped into many Americans’ anxieties about their economic futures, offering up a dual narrative of protectionism and nativism that blames free trade agreements and immigrants. But Trump has shown very little interest in crafting comprehensive policy to Make America Great Again. His tax plan, one of his few concrete proposals, does not offer a credible solution that addresses our fiscal woes.

Trump’s fiscal proposals reflect a failure of vision as much as a failure of substance. His plan is inadequate for a country facing a dual challenge of rising income inequality and crumbling infrastructure in the short-term, along with longer-term deficits driven by an aging population and rising health care costs.

Real leadership will require smart, incremental reforms that find ways to better bring federal spending and revenues into balance. Achieving balance does not mean taking a hatchet to federal spending or simply hiking marginal tax rates on the wealthy to pre-Reagan levels. It means compromising—even if they are small compromises. For example, the next administration could increase short-term spending on infrastructure development while interest rates are low, which would stimulate economic growth and create jobs. Offset with incremental tax or entitlement reforms, America could still get its longer-term fiscal house in order.

Ultimately, Trump has failed to demonstrate any credibility on the issue of deficit and cast aside the core principles of fiscal conservatism. That’s a disservice to the conservative moment and to the future generations of Americans who could be left paying off a Trump tower of debt.

Andreas Westgaard is a Master in Public Policy student at the Harvard Kennedy School, and a managing editor for the Kennedy School Review. He previously worked at the Federal Reserve Board and the Pew Charitable Trusts in Washington, D.C., where he focused on issues including state and federal fiscal health, financial inclusion, and data-driven elections policy.