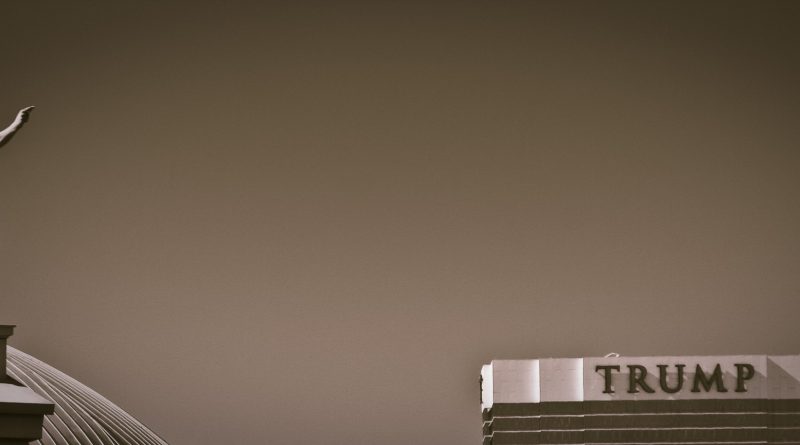 The balloons dropped slowly, almost painfully so, to close last week’s Republican National Convention. A string of controversies and half-truths, the part-P.T. Barnum antics, part-raucous rally was something the American voter had not anticipated. This election has become at its core a battle between globalism and nationalism, and puts American democracy in a precarious position.

During last week’s carnival, Trump demonstrated both an uncanny grasp of widespread public dissatisfaction and his insatiable appetite for media exposure. As has become his signature, Trump did not articulate a single policy approach or real plan for tomorrow, let alone a roadmap for the four years of his administration. Instead, Trump’s RNC positioned him and his circle of advocates as the force of law and order in a chaotic and threatening world. There is no longer a Republican brand. Trump is the brand—and his trademark has unabashedly emerged as entertainment.

Although a historically lengthy acceptance speech might have slightly dulled its power—likely even for the viewers who stuck around for all seventy-five minutes—Trump’s gilded rhetoric is dangerously fascist and fatalistic. Pandering to white nationalism and the more extreme right-wing elements of the country, the convention’s narrative-weaving was meant to produce fear on a grand scale with so many “Make America Great Again” caps. It had little to do with Trump’s appeal, but focused on expanding the creeping sense of dread and fear that will force Americans to think Republican when they cast their votes in November.

From Trump’s ever-changing pronouncements, the soft narrative of Ivanka Trump, the bluster of Rudy Giuliani, the rancorous chants of “lock her up,” Trump is lighting the way for a new kind of coalition between business leaders, evangelicals and blue-collar workers. His is a new breed of campaign that eschews hard facts and policy positions in favor of personality; Trump’s not quite honest appeal to white blue-collar workers, has made Pennsylvania, for example, look as much of a toss-up as Ohio or Florida this year—the first time it has leaned red since 1988, according to statistics guru Nate Silver’s website FiveThirtyEight.

The media never gave the Trump candidacy the due diligence it required—and now a weakened fourth estate is even further sidelined by one of the greatest showmen in modern history. Who and what is left to speak truth to power? We will spend the next three-plus months coming to terms with the consequences. Peter Thiel and the Republicans marked a primetime celebration of the LGBT community while the GOP policy plank explicitly seeks to endanger and threaten the rights of the same community. The television-ready Trump clan appeared in what was essentially an extended real-estate advertisement for the Trump Organization. The selection of a true public servant as Trump’s running mate was largely overshadowed, met with a collective yawn, and quickly nearly forgotten.

The world has experienced a particularly painful summer. Great Britain’s surprise turn inward has called into question the European experiment and given new life to nativism outside the borders of the union. Market slowdowns, transforming economies, and the erasure of the middle class, appear to seek a shift away from more than half a century of globalism and innovation, toward a world that moves much more slowly. With visible and devastating attacks in France, Turkey, and Germany, military strategy that has proven successful in threatening and isolating ISIS forces in Iraq and across other fronts has been overshadowed by lone wolves and under-the-radar terrorist cells even in western democracies.

Trump and his cast have captured and turned the world into an even more menacing place, all too eager to claim that Trump alone, through a perversion of the executive branch and American democracy, can resolve the chaos. Confounding even the most radical predictions, Trump has sold himself as the solution to an uncomfortable tension, eschewing political correctness and years of diplomatic calculation in opening a door to leaders like Russian President Vladimir Putin. In Trump’s unleashing a manner of out-of-bounds expression Americans have never before felt free to articulate, the Democrats are forced to instead to depict a world of connected possibility, and one where an already great America can only rise further.

There have and always will be myriad enduring and conflicting American truths, experiences and personas. But last week’s massive display of the precariousness of the nation’s democratic ideals proves no theory is set in stone, no institution too precious, no republic too enmeshed to fall into throes of passivity. When the media fails to question and examine, they become nothing more than participants and audience members in a live stage show of their own creation.

Whether Trump succeeds in November, others will indeed follow his lead. The shallow debate, the unencumbered rhetoric, the remarkable push backward, the demagoguery—the stakes are far higher than perhaps imagined or calculated. Politicians of all persuasions must solve ever-widening problems of economic inequality and social injustice, the true problems at the root of Americans’ frustrations, and prepare the role of the nation-state and its alliances not as military counterbalance but ideological and intellectual force in the face of borderless foes. Into November and now likely beyond, the media, influencers, and commentators must step outside algorithm-led social media feeds to see the manner of our fraught democracy, and the global-to-personal tension playing out within communities and households. American democracy depends on it.

Matthew Spector is an incoming Master in Public Policy student at the Kennedy School of Government. He has worked for nearly a decade at ABC News, IBM, the UN Refugee Agency, Global Citizen, the Havas Group, Obama for America and Unicef to build narratives and transform entities and brands in moments of change.