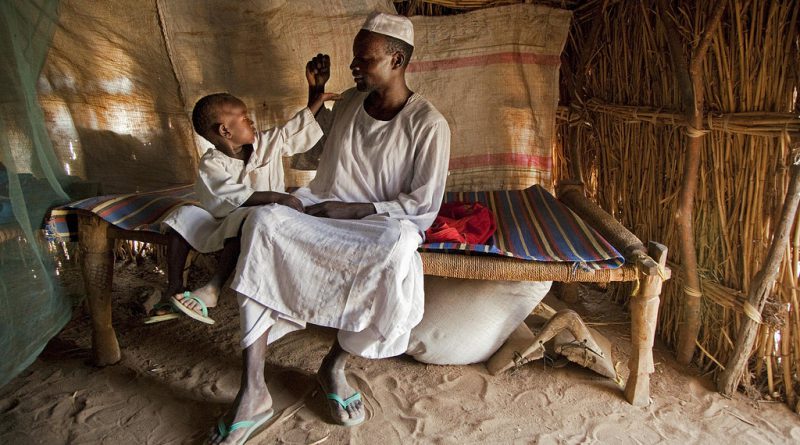 For the past two years I have been working for the World Food Programme (WFP) in Sudan, in charge of analyzing how vulnerable Darfur’s Internally Displaced Persons (IDPs) are to food security and livelihood shocks. WFP and other humanitarian organizations have been supporting IDPs in camps since the height of the Darfurian conflict in 2003. This has consisted of monthly dispensing unconditional food or voucher assistance to all IDP households living in designated camps. Now, as sustainable development becomes a higher priority and resources grow scarce, WFP is evolving its approach.

Through a census of its over 1.4 million IDP beneficiaries, WFP has been able to sort households into different vulnerability categories, and scale our support accordingly: we focus our resources on the most vulnerable, while those with better food and income sources are removed from unconditional assistance or targeted for asset building and professional training programs. In my time leading this exercise, collecting data and negotiating with communities in every corner of Darfur, I have come to see what factors impede vulnerability analysis in a complex humanitarian operation, as well as a hint of how to overcome some of these barriers.

Household vulnerability changes all the time. The time lag between data collection and the application of results is enough for the situation of many households to have changed dramatically. In Darfur, the El Niño effect of 2015-16 hit in the form of late and irregular rains, greatly shrinking the harvest, which was devastating for IDPs who depended on seasonal farm labor and low food prices to survive. Other effects are less predictable: in January and February of this year the Sudanese government launched an offensive against a rebel group retrenched in Darfur’s notorious Jebel Marra region, creating a flood of new displacement into existing camps. We would finish analyzing data in a location only to have to reconsider our results as the context shifted.

Assessing vulnerability also ran into another wall, in the form of—for lack of a better word—cheating. IDP camps across Darfur are in constant contact with one another, and advice soon spread on how to answer questions in order to be classified as a highly vulnerable household and receive the most food assistance. Households would lend out their donkeys and water cisterns so as not to have them on hand when enumerators showed up to their house.

Other popular forms of gaming the system include manipulating beneficiary ration cards. Each WFP beneficiary household receives a ration card with their name on it which entitles them to receive assistance. However community leaders (‘Sheikhs’) often have multiple ration cards, obtained from people who died, moved away or simply bought from other beneficiaries. They use these cards to get extra food and sell it in the market. I still remember participating in a meeting where a Sheikh, arriving late, rolled up in a new car sporting the latest smartphone, complete with Bluetooth earpiece. Humanitarian assistance is a very lucrative business for some.

In order not to lose the business of the cards, Sheikhs often hire people to occupy abandoned houses for a day or two and present the fraudulent ration card to the data collection team. On one assessment mission I was led across the border into Chad to visit a family of an elderly couple the Sheikhs assured me were vulnerable beneficiaries. Some digging revealed not only were these people not our beneficiaries, that was not their home, and they were not even related. Of course the majority of IDPs are fair-minded and work to discourage such practices where they can.

However the factor which most adversely affects our work on vulnerability in Darfur is the volatile political background. Upon explaining to the communities in each of Darfur’s 50 IDP camps how our assistance was changing, I was met with reactions ranging from skepticism to outright refusal to cooperate. The chief charge was that WFP was working hand in hand with the government to persecute IDPs. The government does not officially recognize many IDP camps in Darfur, and is actively pushing for the return of many of these suspected ‘rebel sympathizers’ to their place of origin, where their voice would be weaker. At one meeting in Central Darfur, the head of Sheikhs accused us of furthering the government’s agenda, explaining that receiving assistance was as much a matter of identity as it was food security. Receiving United Nations assistance in Darfur means being recognized as an IDP and, by extension, as having a legitimate grievance against the government and its Janjaweed militias, and having a stake and voice in the political future of Darfur.

Dealing with the Sudanese government itself is an exercise in contradiction. Local government counterparts tend to be cooperative and serve IDP communities to their ability, but as a whole the government is largely responsible for creating IDPs in the first place. By impeding IDP settlement in urban areas, stirring up insecurity and encouraging the takeover of their lands, the government actively contributes to IDP poverty and vulnerability.

Faced with all these obstacles, we took certain measures to adapt our approach and learn from our failures: we established community review panels to address exclusion errors, we partnered more carefully with government in sensitive areas, and we broadened our community outreach efforts beyond the Sheikhs to include a larger and more diverse group.

There are also larger implications for other such assessments. In complex operating contexts, ‘vulnerability’, whether to food insecurity or other factors, is hard to objectively measure, and even harder to program assistance around. The census is a useful tool, but rather ungainly when trying to capture the ebb and flow of vulnerability in a large population. A combination of judiciously clustered sampling and community participatory assessments might be better adapted to determining which households are more and less well-off.

Another key lesson is that ultimately this kind of assessment is only as useful as the programming decisions it engenders. Because vulnerability is so context-dependent and hard to measure, it needs to be reported on in the most transparent way possible. The recent example of Mexico, where a change in how data was gathered resulted in a surprising—and artificial—decline in poverty, is poignant. Only by opening these assessments and their assumptions to scrutiny can we ensure that policymakers make the best possible decisions in light of the analysis.

Despite its issues, the importance of the move to vulnerability targeting cannot be understated. Humanitarian assistance for many protracted displaced persons around the world has been done for years on an unconditional basis. For WFP, this has meant unconditional food and voucher transfers to populations like IDPs in Sudan, refugees in Rwanda, but also to newer refugees from Iraq and Syria. Humanitarian agencies continue to shift to a needs-based approach to these problems. This is promising because not only will it help free up and transfer resources to populations most in need, but a better understanding of people’s needs will enable the humanitarian community to deliver more adapted and longer-term solutions. I have learned much from my time in Sudan, and hope to contribute to furthering vulnerability analysis as a tool to support fragile populations in the future.

Moctar Aboubacar is an incoming MPP ’18 student. He is currently a Program Officer at the World Food Program and is stationed in Darfur, Sudan, where he coordinates WFP’s IDP vulnerability analysis exercise. He has previously worked for WFP at its Headquarters in Rome, Italy and in Rwanda, on South-South Cooperation, middle income country engagement and rural resilience programming. Moctar holds a master’s degree in Korean from the University of Korea and a bachelor’s degree in international development from Brown University.