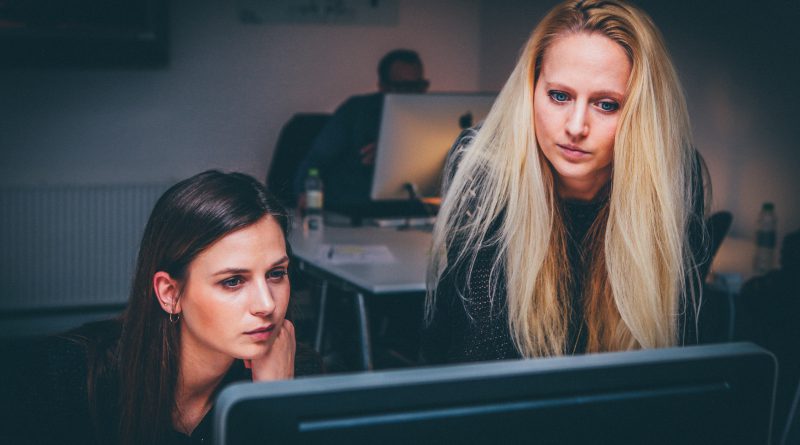 Last month, while I was sitting in a rocking chair overlooking the beautiful Lake Chautauqua, my uncle casually asked me about my summer internship. I responded that I was working to close the gender wage gap in Boston. When I asked what he, as a prominent businessman, was doing at his own company about this issue, he froze. This was not what he wanted to talk about on his vacation—or, for that matter, at any point in time.

And he’s not alone in this. For decades, predominately male business leaders have avoided talking about or actually dealing with the gender wage gap within their companies. Even when legislation is passed attempting to equalize pay—such as the one passed last week in Massachusetts—few leaders implement the changes in their offices. “The gender gap has to do with the choices women make, we can’t do anything about it,” they say. Well, actually, there’s a lot they can—and should—do, beyond the policy level.

Most of us are familiar with the stats—despite the abundance of laws that have been passed in our nation to equalize pay, women in the U.S. are still paid only 79 cents on the dollar that men make (84 cents in Boston). Some critics assert that this number is skewed, but even after controlling for factors such as the choices that some women make to work part time, they would still earn 91 cents for every dollar earned by a man. I’ve been lucky enough to work on an innovative effort to close the gender wage gap that’s in line with business’ interests and values—the first of its kind. The Boston Women’s Workforce Council (BWWC) is a data-driven, public-private partnership between the City of Boston, Simmons College School of Management, and 157 Boston-area companies dedicated to closing the gender wage gap.

To give you an idea of the longevity of the issue, the fight for pay equity dates back to the time around World War II when an influx of women entered the workforce. Yet up until the early 1960s, newspapers published ads soliciting for “men only” or “women only,” with higher level jobs being almost exclusively for men. When the Equal Pay Act was passed in 1963 (and became effective in 1964), it became illegal for employers to pay women less than men for doing the same work, based solely on sex.

By 2009, the gender wage gap had narrowed, but still persisted. Women on average earned 77 cents for every dollar a man made. That year, President Barack Obama passed the Lily Ledbetter Fair Pay Act, which allowed victims of pay discrimination to file a complaint with the government against their employer within 180 days of their last paycheck. In 2014, Obama signed two executive orders to further close the gender wage gap. The first ensured that workers could talk openly about their compensation without fear of punishment. The second required federal contractors to submit data on employee compensation by race and gender.

So why, after all these executive orders and other pieces of legislation passed, does the gender pay gap still exist? Some reasons have to do with underrepresentation in leadership; some have to do with different college major and career choices; but one of the most powerful and persistent reasons has to do with implicit biases and explicit discrimination on the part of employers towards women.

Female applicants are less likely than male candidates to get interviews, especially in male-dominated fields. When they are granted interviews, negotiating a salary, or pitching an entrepreneurial idea, they’re more likely to experience a negative bias. As Harvard Kennedy School Professor and Behavioral Economist Iris Bohnet puts it, “What is celebrated as entrepreneurship, self-confidence, and vision in a man is perceived as arrogance and self-promotion in a woman.” Researchers Brescoll and Uhlmann (2008) find that the same goes for personal attributes such as anger, in which “women are expected to be kinder and more modest than men, and they evoke negative responses from other people if they fail to conform to this prescriptive stereotype. Female professionals who express anger violate this feminine norm and therefore may not experience the boost in status enjoyed by angry men.”

These deeply rooted biases and discriminatory attitudes are some of the hardest to change on a policy-level alone. They require acknowledging that they exist, first, and then actually doing something about it. And this is why we need to take a multi-pronged approach to fighting pay inequality that goes beyond policy, and focuses on immediate workplace interventions that businesses can take.

The BWWC encourages companies to sign onto their 100% Talent Compact to collect and analyze their wage data. Signers do not send individual-level data. Instead, they tally the total number of employees in each job category, broken down by gender and race/ethnicity, and pair that with the total amount of compensation and the total length of service for those employees.

The BWWC also teaches companies more about interventions they can take to eliminate the pay gap in their companies. These interventions, ranging from providing subsidized childcare to encouraging entrepreneurship and leadership, from distributing unconscious bias tests to hosting skills-building programs, from sponsoring (over mentoring) women to holding negotiations trainings, from publishing employees’ salary ranges by level to involving women in search committees, are specific and doable, and can increase a company’s bottom line.

While the legal system provides an important foundation for gender equality and we should celebrate the recent legislation passed, the BWWC’s unique public-private partnership—matching public goals with private values—will make it hard for employers to continue to bypass the law and pay women less. Hopefully, it will create a cultural change in the business world and lead businesses to take a proactive approach to ensuring fair and equal wages. Working at the BWWC has exposed me to the power of the public-private partnership model which is so important—in addition to policy—to closing the gender gap and removing barriers to women’s advancement in the workforce.

Jessica is an MPP candidate at the Harvard Kennedy School, interested in using research methods and social entrepreneurship to improve the lives of women in the U.S. and abroad. Before HKS, she worked in international development researching women’s access to health and education services.