Home > 2016 Issue > Fair Housing: Regulation Is Not the Answer 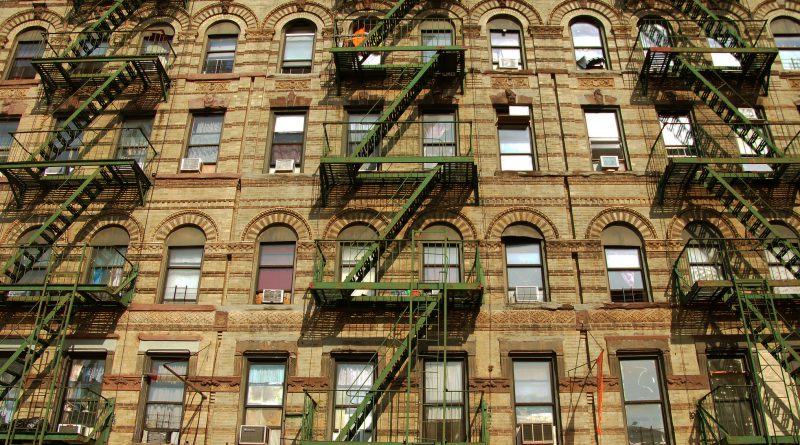 The US Department of Housing and Urban Development (HUD) has promulgated a new rule that requires equal housing outcomes in an attempt to clarify and give teeth to the Fair Housing Act of 1968, which requires racial groups be given equal access to housing. HUD’s “Duty to Affirmatively Further Fair Housing” requires cities and towns to publicly report and scrutinize housing patterns for racial bias every three-to-five years. Effective as of August 2015, HUD has the ability to punish communities that fail to provide this data or fail to proactively rebalance underlying population demographics.

Although it received public scrutiny, HUD’s new policy underwent zero legislative scrutiny[2] and is applicable at the city and regional level. The policy comes on the heels of last summer’s Supreme Court ruling in Texas Department of Housing and Community Affairs v. Inclusive Communities Project that made “disparate impact” in housing development analogous to intentional discrimination and, consequently, against the law.[3]

The rule allows the federal government to withhold funding from communities that fail to provide data on racial patterns, English proficiency, national origin, ethnicity, and the distribution of community amenities like schools, transportation hubs, and jobs. [4] The community is required to set goals to level demographic imbalances and track the results of their efforts. The rule also requires that local municipalities explain demographic imbalances using HUD-approved descriptions. Explanations for segregated housing patterns include a “lack of [a] Housing Choice Voucher program,” “patterns of community opposition,” and “private investments,” among others.[5] Although HUD does provide zoning regulation as an option, it appears to have been added as an afterthought at the request of the public.[6]  A closer look at the underlying forces causing racial imbalance in neighborhoods reveals that zoning regulation is the most dominant.[7] Notwithstanding the misguided focus, the descriptors place local municipalities in an impossible position, forced to point a finger of blame at themselves, their constituents, or local industry.

The federal government will openly publish the data, adding to a growing trove of accessible public data. HUD maintains that this will support program participants in evaluating and identifying factors that contribute to segregation. Although increased transparency and data accessibility are a boon to liberty, aggregating the data in this way will arm individuals with information to claim discrimination is occurring based on outcome, even if it is not occurring in an intentional way. It is easy to envision a scenario where a discrimination suit will be brought against a company or municipality which is doing nothing more than following local zoning laws—laws established by city planners a generation or more ago. The aggregate data will open municipalities and private companies up to frequent lawsuits when new facilities and services are provided.

The new policy begs the question: is it acceptable for racial groups to choose to live near each other? How can the government integrate groups without giving race preferential treatment in the process and thereby discriminating against the out-group? Although the regulation is intended to help a certain group, associated costs are not borne by groups but by individuals. At what cost will municipalities’ goals be implemented? The new policy leaves much of the details of implementation vague.

At some level, the issue that is being engineered away by the HUD rule is a product of existing development regulations. Zoning regulations are one development tool that local officials use to guide development by regulating the type, density, scale, and function of the built environment. Historically, conventional Euclidean zoning practices mandated that unique land uses, like apartment complexes and single-family homes, be deliberately separated. This seemingly innocuous practice results in formally partitioning lower and higher socioeconomic groups: the affluent often purchase houses in the suburbs and the poor rent apartments across town. These conventionally accepted zoning policies not only define supply-side choices (i.e., what can I build on my property?) but also constrain demand-side choices (i.e., where can I live?). Naturally, they restrict the demand-side choice set more heavily for low-income individuals. Although inflexible Euclidean zoning policy is no longer en vogue among urban policy professionals, American cities are still largely organized in this way.

Some zoning laws in the early twentieth century were more pernicious, directly excluding individuals of specific racial or ethnic backgrounds from residing in communities like Baltimore or Los Angeles, in direct opposition to constitutional law. Although racially exclusionary zoning practices have since been struck down, the conventional zoning laws described often have a similarly insidious effect. Perhaps less explicitly, conventional zoning provides state-sanctioned impediments to residential mobility and socioeconomic integration.

Even when land uses are not deliberately separated, burdensome design restrictions suppress development diversity. Design restrictions touch everything from aesthetic choices (e.g., building materials) to functional choices (e.g., required number of parking spaces) and make the development of affordable housing economically prohibitive in some areas. In fact, in Manhattan it is estimated that up to half of the price paid for housing is directly attributable to the hidden costs of restrictive zoning.[8] It is no wonder that many US cities claim to be in the throes of an affordable housing crisis.

Take the example of a low-income-household head who would like to find housing near city amenities, like quality schools and park space. He or she knows that nothing is available in high-amenity geographies; as a consequence of regulation, apartment buildings are prohibited in his or her neighborhood of choice. Ostensibly, without the hindrance of the zoning law, an opportunistic private developer would find it profitable to build multi-family housing in this area. A free market would both provide more choices for housing and result in more demographically balanced areas.

Oddly, HUD believes that the solution to counteract the unintended consequences of past regulatory debacles is to develop a secondary layer of regulation, in part to oversee the wreckage of the first policy. This time the policy will monitor the product of existing urban regulations and punish communities for adhering to conventional zoning rules. HUD’s regulation is an only-too-common example of a policy Band-Aid layered over policies that produced unintended consequences.

A powerful alternative to HUD’s newest onerous policy intervention is for local municipalities to voluntarily relax the rigid zoning regulations that have historically isolated and constrained urban development. Cities have long held the authority to self-actuate through their zoning ordinances and community plans. Relaxing development regulations will provide property owners greater flexibility in determining the most profitable use for their property, which is often different than the designated use. In such an environment, racial or socioeconomic groups may still choose to gather in one neighborhood because it is where their family or community is established, but they will not be trapped there, and property owners will not be held hostage to outdated zoning regulations. Over time, a natural mixing of development will occur via free-market exchanges, allowing greater choice in housing for people of all backgrounds.

Houston, Texas, offers a case study. The southern city is the largest American city to shun zoning restrictions but boasts an impressive diversity profile. Jeff Taebel, director of Community and Environmental Planning at Houston-Galveston Area Council (HGAC), described Houston as having attracted more than three times as many foreign immigrants as Los Angeles since the 1990s, though Los Angeles is more than double Houston’s size.[9]  In fact, Houston is the most ethnically diverse metropolitan region in America, surpassing even New York City. More remarkably, racial diversity in Houston is not isolated to a particular neighborhood as it often is in other diverse urban areas.

…very different from Dallas, where I grew up, which was very segregated. My daughter has a totally different experience—many of her friends are white, Hispanic, or Asian. Living out in Pearland [a Houston suburb], you can have that experience, and then you cross Highway 6 and you see people with big hats, boots, and straw in the mouth. That’s Houston to a tee.[10]

While policy professionals may find it easy to discount local interpretations as sentimental or biased, it is more difficult to contend with consistent academic analysis. A recent Harvard University study finds that over half of the difference in levels of segregation between strictly zoned Boston and lenient) Houston can be attributed to zoning regulations.[11] A study in Urban Affairs Review uses multiple regression analysis to document the same pattern on a regional basis; density-conscious zoning is associated with exaggerated African American residential segregation, even after controlling for other zoning policies and a variety of metropolitan characteristics.[12] A Brookings Institution report reveals a similar relationship between density zoning and Asian or Hispanic residential segregation, where greater low-density zoning is associated with greater segregation of Asian or Hispanic communities.[13] It may come as a surprise to HUD that ethnic mixing in Houston and other lightly zoned metropolitan areas is not achieved by way of careful monitoring and HUD’s “Assessment Tools.”

As in the case of most policy changes, local municipalities would be prescient to expect pushback from some groups. Community stakeholders may reasonably argue that deregulation could lead to other problems—for example, aesthetically unappealing development. Perhaps deregulation would also give rise to development that is incongruous with the character of the community or the vision of the local planning board. Still, surely many cities could be persuaded that such concerns pale in comparison to rules which perpetuate residential segregation.

Moreover, it is helpful to keep in mind that with many government regulations the individuals who have the most to gain by limiting the supply of a good or service are the stakeholders that arrive first to the scene. Zoning policy sets expectations for property-owners and this makes the repeal of conventional zoning politically difficult in practice.[14] Aesthetic concerns are likely to worry property-owners in affluent neighborhoods and districts most. It is likely that some misgivings could be overcome through the development of voluntary associations of property owners, similar to the way homeowner associations operate in neighborhoods across the United States. Meanwhile, low-income families may worry that they will be the target of animosity when development standards change. It should be assumed that, much like zoning regulation itself, any policy change cannot satisfy every taste or concern while side-stepping every trade-off. Consequently, HUD and its local subsidiaries need to find clarity about their first priority, understanding that not all preferences can simultaneously be satisfied.

Unfortunately, HUD’s current policy makes the opposite argument. HUD believes that if they just have enough data and enough regulation, the varied urban development problems can be uniformly solved. However, this very mindset produced the problem.

HUD fails to recognize that when the offending law is local, the solution is not obligatorily federal. Likewise, when the offending problem is regulation, the solution is not necessarily more regulation. Rather than using force to obtain outcomes through a federal mandate, the relaxation of existing regulations at the local level would address some of the root causes of disparate housing development patterns while providing individuals of all demographics with additional choices, reducing HUD’s and US cities’ administrative outlays while directly satisfying HUD’s objectives.

Vanessa graduated from Harvard Kennedy School with a master’s in public policy in May. Prior to school, Vanessa studied urban planning and worked on city-wide moderate income housing, zoning, and transportation plans. She will continue her research and writing at the Cato Institute.

[2] [The Duty to Affirmatively Further Fair Housing is not legislation, but an agency’s contemporary interpretation of the Fair Housing Act of 1968 which prohibits “discrimination in the sale, rental, and financing of housing and in other housing-related transactions, on the basis of race, color, national origin, religion, sex, familial status, and disability.”]