Home > Articles > Ancient Athens, Modern America, and a Refresher on the Electoral College 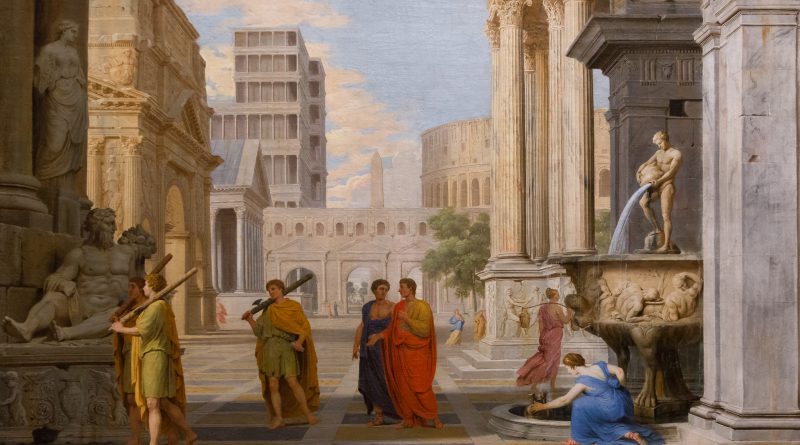 It is a refrain commonly heard: “I don’t understand the Electoral College.” Every four years, Americans and political junkies abroad get to fathom the complexities known as the Electoral College system of voting for the President of the United States. With two polarizing figures, Hillary Clinton and Donald Trump, likely to secure nomination, now is a prudent time to recap on one of the United States’ most misunderstood and potentially powerful electoral processes.

The Electoral College was dreamed up by the Founding Fathers at the 1787 Constitutional Convention. In short, when voters mark their ballot papers with their pick for President of the United States, in reality they are voting for electors who are aligned with that candidate’s party. Each state has the same number of electors as representatives in the two Houses of Congress, and most states operate their electoral votes on a “winner takes all” basis. The electors then cast their votes and the candidate that has a majority of the electors’ votes—more than 269—wins the election. If one candidate does not receive a majority of votes, the Constitution stipulates that the election of the President then falls to the House of Representatives, where each state delegation casts one vote. This was, in fact, the way that Thomas Jefferson was elected President in 1801—the election was referred to the House to break an Electoral College stalemate between Jefferson and his running mate Aaron Burr.

Since the Founders established the Electoral College, it has been heavily criticised as an archaic and anti-democratic process. To get around it—as the Constitution is notoriously difficult to amend—twenty-nine states and the District of Columbia have passed legislation that requires their electors to follow the popular vote. The remaining twenty-one states currently do not have such legislation. Those electors are technically free to cast their Electoral College vote contrary to the popular vote. These people have become known as the “faithless.”

To understand why the Founding Fathers thought this to be a necessary part of the democratic process, we must turn to history. The Founders gleaned their knowledge of democracy from the pages of ancient history, from Plutarch, Thucydides, Plato, and the likes. Steeped in the classics from a very young age, colonial Americans studied the ancient texts in school and college, and the classics played an active part in their adult lives. From these sources they learned that ancient Athens was the epitome of the democratic state, but that democracy made Athens chronically unstable and frequently controlled by erratic mobs. In the plays of Aristophanes and the pages of Thucydides, the Founders consumed the cautionary tale of Cleon, a charismatic and eloquent Athenian general who deployed his oratorical skills to convince the Athenians to act against their national psyche. Cleon was closely followed by Alcibiades, whom Benjamin Franklin held responsible for urging Athens to make a disastrous military maneuvre by appealing to the Athenians’ base desires for wealth and flattering the notion that Athens could lead a great empire. John Adams even wrote in 1787 that the Athenians had condemned their own society to destruction by consolidating all power in the hands of the masses.

Seeing the instability that democracy brought Athens, the Founders again reached into the lessons of antiquity for Aristotle, Polybius, and their particular favourite, Cicero, all proclaiming the stability of a mixed system of government. When the Founders endorsed the Constitution in 1787, they established a mixed government: the one (the president), the few (the Senate), and the many (the House of Representatives) acting as checks and balances on each other. The President and the Senate were both elected indirectly: the President through the Electoral College and the Senate by the state legislatures. They believed this would enable the United States to escape the “tumultuous commotions…which always agitated the ecclesia at Athens.”

But it would appear that America could not escape the shades of Cleon and Alcibiades. In the current Presidential campaign we hear their echo—Republican frontrunner, Donald Trump, and even the probable Democratic nominee, Hillary Clinton, at times, both capitalize on popular bias and pose as national heroes ready to make the country great again. Writing about Cleon, Aristotle painted what could be a mirror of our current political reality: “although other speakers behaved decently, Cleon was the first to shout during a speech in the Assembly, use abusive language while addressing the people, and hitch up his skirts.” His histrionic performances captured popular sentiment and cemented Cleon’s victorious election. The Founders knew to distrust politicians who aroused passions and prejudices with false claims and promises, and took great care to devise a system that thwarts the excesses of majoritarianism and prevents the populace from falling prey to the honey-tongued platitudes of political orators.

So far, arguably, that system has succeeded. But the original intent of the Electoral College is slowly being eroded. Trump should remind us of the incredible foresight of the Founders, and push us to preserve the system of government that men like James Madison established. The problem lies not in the institution of the Electoral College, but in Article II of the Constitution that gives the states broad authority in determining how their electoral votes are divided amongst the candidates. Maine and Nebraska are the only two states that do not have a winner-takes-all approach to their Electoral College votes. Rather, they implemented district-by-district voting whereby one electoral vote is given to the victor of each congressional district, and the remaining two votes are allocated to the state-wide popular vote winner. There is much to recommend this alternate system. It is more representative, competitive, and does not concentrate power in the hands of a few swing states. District-by-district voting would have to be enacted by state legislature—one of a few a potential stumbling blocks—but the system needs to be lobbied for in order to preserve the intent of an institution fundamental to American democracy.

Even if the will existed, such reforms could not be executed before the November deadline. Therefore, we must turn the conversation to the power of the faithless electors. Twenty-one states have yet to enact laws forcing their electors to vote for a pledged candidate. And while the remaining twenty-nine states have hamstrung their electors, the constitutionality of these states’ laws is yet to be tested in the Supreme Court. The 2016 Presidential election presents an opportunity for the faithless to uphold the intentions enshrined in 1787 Constitutional Convention and enact the power that the Founders safeguarded with them. If Trump wins the Electoral College vote and takes office it breaks neither the letter nor the spirit of the Constitution. But such a result would flout the spirit of the institution.

Dr Katherine Harper holds a PhD in Classics and Ancient History from the University of Sydney. Her dissertation, entitled ‘Cato, Roman Stoicism, and the American “Revolution”’, looked at the influence that the Roman Stoic Cato the Younger had on late colonial American ideology. Katherine now works in international relations for the Australian Government and remains an avid follower of American politics.