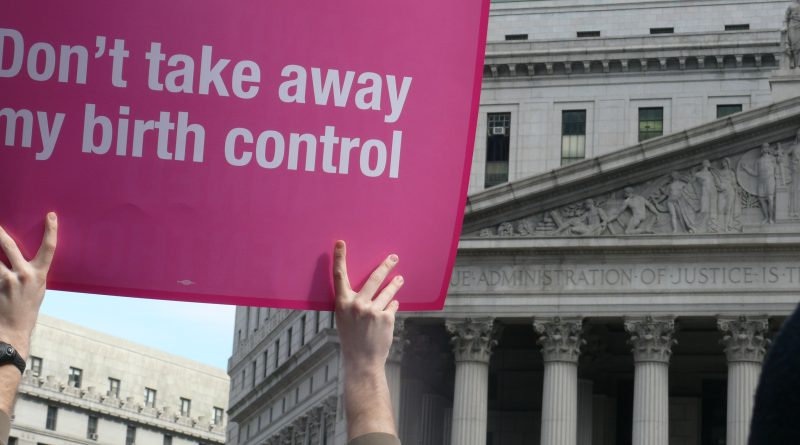 For a woman in Lubbock, Texas to access an abortion provider, she must get in her car and drive 350 miles to the nearest clinic in Fort Worth. She must arrive at the clinic a full 24 hours before her procedure to receive an ultrasound, as mandated by the state. If she is less than eight weeks pregnant, she is legally required to receive an ultrasound via a vaginally inserted wand.

She must then listen as the doctor describes the sonogram image. The law pushes further, and now states that she must also listen to the heartbeat. Next, she needs to find a hotel room, stay the night, and return to the clinic the next day in order to finally undergo the procedure. For many women, this means losing multiple days’ wages, spending hundreds of dollars on travel and lodging, and finding overnight childcare—all in an attempt to access a legal medical procedure.

These restrictions were put in place in 2011, a full two years before the passage of HB2, a state bill requiring that clinics offering abortion meet the standards of hospitals and surgical centers. By mandating infrastructural requirements like a minimum size for hallway widths, separate air conditioning systems, and brighter lights, Texas reduced the number of clinics providing abortions from 44 to 19. A majority of clinics found that they could not afford to make the necessary building changes, and were forced to close their doors as a result—a significant loss for a state of 27 million. Though the (80 percent male) Texas legislature insisted that these were necessary changes to protect women’s safety, the American Congress of Obstetricians and Gynecologists has frequently stated that abortion is one of the safest medical procedures carried out today. In fact, in the aftermath of HB2, the number of women searching the Internet for instructions on how to self-induce abortion skyrocketed. Infrastructural changes—extolled by lawmakers as a necessity for women’s wellbeing—were enacted with the sole goal of closing as many clinics as possible. “Safety” was a secondary concern.

Though the Supreme Court on Monday struck down HB2 with a 5-3 decision, it will take years for women in Texas to access the same level of health services they did before the law’s passage. Clinics will need to re-license medical providers, find and rent new building locations, and re-apply for state review. Texas has done irreparable damage to women’s health, inadvertently reducing the number of healthcare centers that provided essential services like pap tests, breast exams, and STD testing. In rural parts of the state with a dearth of medical providers, these closures were a monumental loss to health access for many women living near the poverty line.

Texas lawmakers looking to reduce abortions would better serve Texas women by expanding access to family planning across the state, particularly in rural areas. Texas must also recognize that unintended pregnancies fall dramatically when women and men receive accurate sex education, as opposed to the abstinence-only policies currently in place. Legislatures can use a variety of policy tools to reduce the overall number of abortions without infringing on a woman’s bodily autonomy, keeping abortion safe, legal, and rare.

It is highly improbable that all of the closed clinics will reopen. However, this ruling will hopefully limit similar laws in other conservative states. A day after the Texas ruling, the Supreme Court refused to review laws in Wisconsin and Mississippi that required abortion doctors to hold admitting privileges at local hospitals. In Mississippi, passage of such a law would shut down the only abortion clinic in the state. The court’s decision to uphold a woman’s constitutional right to terminate a pregnancy is a small but significant step towards enabling women to take decisions about their reproductive health without undue burden from state lawmakers.

Lauren Windmeyer is a Master of Public Policy candidate at the Harvard Kennedy School. Prior to graduate school, she spent three years in the global health division of the Bill & Melinda Gates Foundation in Seattle, supporting projects on the HIV and TB strategy teams.