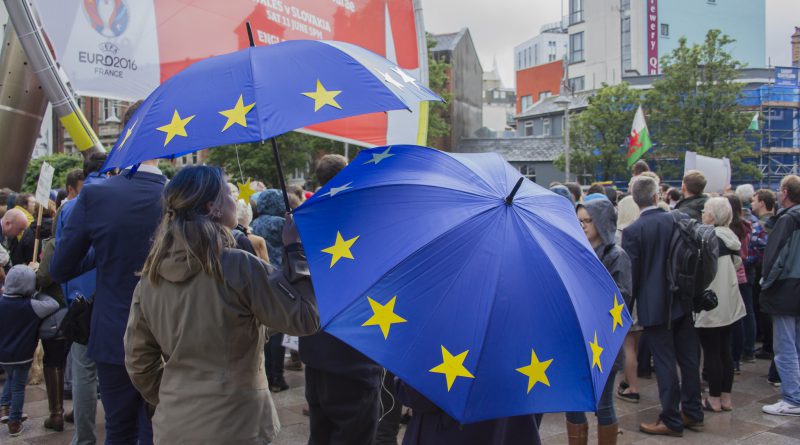 After being stoked for years by British politicians, “Euroskepticism” has finally had its moment. Voters in the UK have decided to depart from the European Union (EU) after an once-in-a-lifetime ballot on the Referendum of the United Kingdom Membership of the European Union. This news has reverberated around the world and left in its wake a slew of economic uncertainty. While the economy is undoubtedly an extremely important repercussion, the geopolitical impact of a Brexit must not be overlooked. If a UK withdrawal comes to fruition it would also have a significant impact on European regional stability, global security, and various humanitarian crises. Despite the nearly yearlong campaign fervor, most onlookers outside the UK are stunned at the outcome. Even some Brits – most notably a soon-to-be-unemployed Prime Minister David Cameron – find themselves in a state of shock.

Estimates from economists vary widely about economic impact, but the ramifications are without a doubt being discussed by every major corporation with business interests in the EU and Britain. It remains unclear how dramatically the average person will be affected, but so far the British Pound – a safe haven currency – tumbled to a 31 year low against the US Dollar immediately proceeding the vote and rating agencies have already cut the UK’s overall credit rating. Given London’s prominence in the financial services industry, British companies have taken a hit in the form of sharply declining stock values. Initial market volatility is a typical response after any dramatic political change. These short-term fluctuations are likely temporary due to emotional charge of the moment and reactionary behavior, and markets have already shown signs of recovery.

In the long run, it seems certain that some legal guidelines and trade agreements will be altered. Tax and tariff regulations may also change, although the UK Independence Party – the British political party largely behind the momentum to vote “Leave” – has indicated the UK will pursue immediate trade deal negotiations with the EU to preserve access to the single market. As of now, it is too early to make assessments given the political turmoil and bureaucratic nightmare that ensues. In fact, we have a good two years or so before any real changes will take effect once London invokes Article 50 of the Lisbon Treaty to officially trigger its withdrawal. This allows ample time to plan and position, and the market will calm with time. One must remember the UK has only voted to leave, and there are dozens of procedural bridges that must be crossed to make the exit official. Hopefully, British politicians will swiftly negotiate bilateral trade agreements and work to blunt the impact of any negative economic outcome given this decision to separate.

Also at stake, but receiving far less media coverage, is the strategic geopolitical impact of the vote. The decision to leave essentially reverses a half-century of European integration since the end of the Second World War. In 1945, a completely devastated and war-torn continent viewed nationalism and conflicting alliances of the classical era as an existential threat to their future. A decade later, six European nations signed the Treaty of Rome, which created the European Economic Community (EEC). The EEC’s goal was to spur economic integration through the establishment of a customs union, which would in turn break down nationalistic rivalries and prevent another devastating war. A generation later, the Maastricht Treaty was signed in 1992, which created the modern EU as we know it. The EU built upon the EEC and other political institutions to form a true customs and monetary union further bolstering European cooperation and stability.

This 1992 Treaty on European Union is notable for its eventual creation of a single Euro currency, but what few remember is that it also established precedents for a common security pact, judicial cooperation, and freedom of transit policies. So while on its surface the EU appears to be primarily tied to Europe’s economy and monetary interests, the roots of a preeminent EU project is deeply tied to seeking regional peace through the facilitation of trust. When viewed through this framework, it becomes apparent that the Brexit vote has a far deeper and more significant impact than the brief economic fallout and amending of trade agreements.

The EU represents pinnacles of Western thought, liberal ideals, and testing of the greatest shared governance experiment in history. Achievements that took centuries to obtain and millions of lives to achieve are a sobering reminder of what life was like at a time when the continent was rife with dangerous nationalistic sentiment. So while the EU seems to be primarily focused on economic and monetary policy at face value, its roots are still deeply founded in the prevention of regional conflict and facilitation of trust. While the Cold War helped elucidate a need for European unity, the truth is the now 28 member states that comprise the EU were constantly at war before 1945; since then there has been exactly zero. Democratic Peace Theory and regional unity evidently go a long way in terms of peace and prosperity.

This is not exactly a time of calm for Europe. The EU currently faces a series of challenging issues including an ongoing immigration crisis, mounting extremism, unemployment hovering around 9%, and the perpetual sovereign debt of southern European countries like Greece, Portugal, Spain, and Italy. Lest we forget, the term Brexit is actually a continuation of the original term “Grexit,” which emerged as Greece was considering defaulting on its loan obligations and could have been forced out of the EU. What’s to stop other countries from holding their own referendums on EU membership?

The only approach to an effective union is through compromise, no one state can always get their way. The threat of Greece being forced out, or a Britain voluntarily exiting, sets a nasty precedent for future dilemmas that may arise. A less stable nation may always fear the looming threat of being forced out, while economically powerful nations may see voluntary departure as a backup plan creating a precarious moral hazard. There is no question a France or Germany could go it alone, but would that only serve to nullify 60 years of progress and peace? Along with the two aforementioned countries, the UK is one of the powerhouse EU countries that maintains freedom, direction, and stability. Their decision to leave reduces that ideological motive to obtain a thriving peace through unity. During times like these with rampant extremism and immigration plaguing Europe, a fractured EU would only exploit additional vulnerabilities.

What is certain though, is that British sentiment did not appear out of thin air like an apparition. Technocrats and bureaucrats alike in the EU’s Brussels headquarters are also responsible for their failures to achieve sufficiently satisfying ends to these crises and to address the issues of concern to Europeans across the continent. For example, the flow of war-fleeing refugees and economic migrants into Europe since 2013 and a failure to adopt a single, unified policy in response has had a tremendous socioeconomic impact on the varying EU nations. The EU’s failure to properly fund, equip, and train a shared military force on its eastern and southern borders allowed this crisis to snowball. Lack of a coherent policy on failing states, such as Libya, have led to internal EU bickering between states like France and Italy which are in close proximity. NATO is not the alternative to a severely lacking unified EU police and military capability.

It would be easy to say the EU’s faltering policies originate from its inception, and the nations of Europe are inherently different and too culturally defined for the EU to ever truly be a single bloc for an extended period. Cultural identity is important, but there is a fine line between pride and hostility. Compromises must be achieved in order to preserve and facilitate globalization, but with unity comes a systemic risk of failure. Perhaps the French are too French and the German’s too German. Alternatively, you can say the policy did not go far enough. It joined nations across the continent in a shared currency and open border system but not in shared fiscal, military, or foreign policies whereby leaving too much sovereign power within national capitals. Regardless of the origin of issues with the EU, it would appear Great Britain’s exit vote is likely the first thread coming loose on a sweater. It is only a matter of time until the rest unravels in this systemically connected world.

Matthew spent nearly 7 years in the US Intelligence Community, focusing primarily on counterterrorism in Europe and the Middle East and holds degrees from both Johns Hopkins and American University. Despite a recent transition to the private sector, Matthew continues to follow and share insights on US foreign policy. Matthew manages the recreational blog Think8020.com.