Home > Articles > Fear and Loathing on the Brexit Campaign Trail 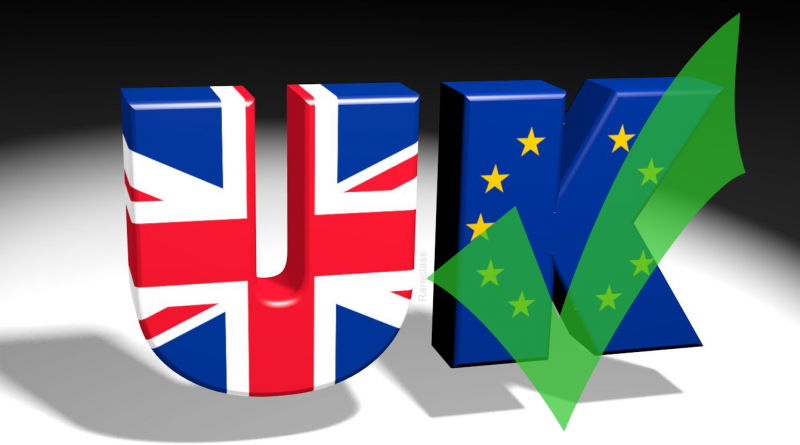 Back in 2013, UK Prime Minister David Cameron, bowing to pressure from within his own party, announced plans to hold a vote on Britain’s membership of the European Union (EU). The short-term consequence has been an emotional and often ugly campaign, which comes to an end today—voting closes in just a few hours.

It is currently impossible to guess what the longer-term consequences will be. Poll after poll suggests the two sides are neck-and-neck and we won’t learn the result until tomorrow morning. Whilst there seems to have been a late swing towards the Remain campaign (who want to stay in the EU), there is still a strong possibility that Britain is about to vote for Brexit.

Even without knowing the result, the campaign has revealed a number of unpleasant truths about public life in Britain and has unearthed a complex and potentially dysfunctional relationship between politicians and the voters they serve. Fortunately, there are also lessons about how that relationship could be repaired.

As a reminder; whilst a ‘Leave’ vote would not cause the sky to fall in, the impact would transform entire aspects of the UK.  Trade treaties would need to be unwound, public finances and employment would likely suffer, and British laws underpinned by EU statutes would need to be updated. A departure from the EU would lead to a resurgence of calls not only for Scottish independence, but possibly to a serious complication of the fragile politics of Northern Ireland.

With that in mind, the first hard truth is that British politics is currently in no position to feel superior to many of its fellow democracies. Until recently, it was a truism in Britain that we did politics better than Americans and that the comparatively measured, often bipartisan tone of our public debates was something to be proud of. That the country has come to the brink of Brexit has burst that bubble. The fact-free and insular nature of the campaign only underlines the situation.  In much the same way as Brits were confused and condescending about the rise of Donald Trump or the failure to enact gun control in the US, foreigners looking at the UK are at a loss to comprehend why the UK would consider turning its back on such a key trade and political partner.  To most outside the UK, the fact that the vote is this close at all seems baffling—“economic insanity,” according to many commentators—and a sign that populism is not confined to one side of the Atlantic.

A main revelation of this campaign has been just how evenly split the country is on the issue of Europe. Not long ago, Cameron thought the referendum would be—much like the Scottish independence vote in 2014—a relatively safe win that would close the issue for a generation. Instead, a striking map of voting intention by region shows a deeply divided country with support for Remain strong in Scotland and the cities and backing for Leave coming from just about everywhere else. This has prompted much soul searching and has led many to conclude that Britain is on the verge of its own era of US-style culture-wars between supporters and opponents of globalization (or between a so-called metropolitan elite and everyone else).

Those campaigning for Leave have also taken the valuable campaign lesson to heart: a clear, simple message, however ugly, often beats nuance. Those making the case for Remain have deployed a range of arguments about national security,trade, international cooperation, and the impact of Brexit on Britain’s public finances. In contrast, the Leave campaign have stuck to a single message: let’s quit the EU and take back control of our country. Judging by the narrowness of the polls, it seems that simplicity is powerful and those who believe in progressive politics need to find a way to make an equivalent case.

Finally, the campaign should also teach us to be wary of assuming that those who do not vote for the supposedly “obvious” policy outcome, usually the one backed by economic evidence, are doing so because they are making a heart vs. head choice. It turns out that about half of all voters fully believed a widely de-bunked claim from the Vote Leave campaign, that EU membership costs Britain £350 million ($510 million) a week, as opposed to only 17 percent who believed the UK government’s official analysis that contradicted it.

False warnings heavily tinged with xenophobia from Brexiteers about Turkey’s imminent arrival in the EU also resonated with voters despite the Remain campaign repeatedly pointing out the dishonesty of such scaremongering. Claims and counter claims over evidence-based policy may be fascinating to a few of us, but most people are far too busy for all of that. They hear the same faces on the news disagreeing about statistics, likely assume that both sides probably have a point and call it a draw.

Although the polls are too close for comfort for those of us who want to Remain in the EU, there are still a few signs that give us hope. Around 10 percent of voters who are still undecided are likely to play it safe and vote Remain. Record levels of voter registration may mean that the youth vote will tip the balance. Also, the historical view is encouraging since referenda in the past tend to swing back from the brink of massive change in the final days. Instinct tells me that the result will be a narrow vote to Remain buoyed by better-than-expected turnout, but it is very hard to be sure that is not just wishful thinking.

Whatever the result tonight, one thing is clear: something has changed about the character of British politics and not for the better. To reverse this worrisome trend, politicians and policy makers need to learn from the lessons of this campaign if they hope to make winning arguments in favor of open economies in the future.

Charlie is a former political adviser in the UK Labour Party and is now studying for a Masters in Public Policy at the Harvard Kennedy School. He tweets @charliesamuda