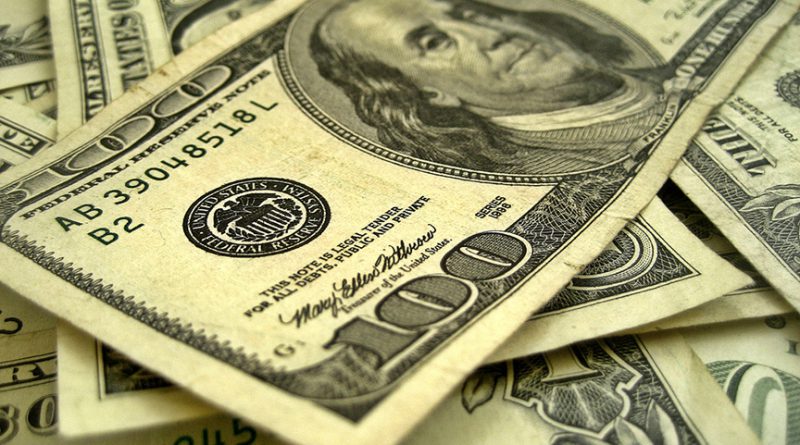 During the first week at the Harvard Kennedy School, my orientation leaders encouraged us to download Venmo, a peer-to-peer money transfer app, which allows users to easily split bills at restaurants. Rather than giving the server multiple credit cards, one person can pay the bill, and the rest can just “Venmo” the paying person. This app, along with Uber and Yelp, has made my graduate school life much more efficient.

I was in China last month and was in a taxi with one of my local friends. At the end of the trip, my friend handed the driver 100 CNY bill (~$15.44 USD), the largest bill denomination, for a 27.50 CNY trip. The driver looked upset because we didn’t have a smaller bill. He then asked my friend if he has AliPay. My friend did, so he transferred the exact amount for the cab ride to the driver. AliPay, similar to Venmo, allows people to transfer money to one another, and the AliPay app also allows users to pay in physical stores and restaurants, as well as when using online services and ecommerce sites. This sparked me to ask: What if we go cashless?

In this article I will give three reasons why governments and central banks around the world should not hinder the growth of FinTech companies, technology companies that provide financial services, such as Venmo. Instead, they should support them.

For the past 25 years, the United States Department of Treasury printed a total of 262.8 billion bills. Using the note production unit cost in 2016, it would cost the government a total of $22.7 billion in just producing paper bills for that period. 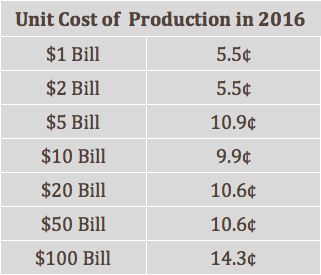 This is a significant cost, and it’s money the government could spend elsewhere. For example, the government spend $589 million on Alzheimer’s Disease research in 2015 through the National Institutes of Health. The total cost of printing bills was $692 million that year, and it was $573 million for coins, totalling $1.2 billion. If that money could be allocated to the Department of Health & Human Services, we could triple the research budget for Alzheimer’s Disease, a disease that affects more than 5 million Americans.

Richard Wright, Professor at Georgia State University published a paper titled “Less Cash, Less Crime: Evidence from the Electronic Benefit Transfer Program,” which suggests that there may be a causal effect between the reduction of cash circulation and crime. Wright argues that many crimes are cash related, and thus would not happen otherwise if financial transactions are done through bank transfers, which have a paper trail.

In addition, Peter Sands, former CEO of Standard Chartered and a fellow at the Harvard Kennedy School, is currently working on a paper that advocates for governments around the world to eliminate high-denomination notes. He argues that by “eliminating high denomination, high value notes would make life harder for those pursuing tax evasion, financial crime, terrorist finance and corruption.”

This is because crimes that involve financial transactions are mostly done with cash.  “Bad guys” don’t want to leave the electronic paper trail that comes with transactions made through the banking system. Cash makes illegal activities harder to detect.

Not only will the increased transparency in money transactions help fight crime, it will also help the government claim more tax revenue. Currently, governments around the world are losing taxes in the informal economy, a diverse set of economic activities that use cash as the means of transaction and are not regulated by the government. A study by University of Wisconsin-Madison researchers estimates that underground activity last year totaled as much as $2 trillion, equivalent to nearly 10 percent of the total U.S. GDP.

Even in developed countries such as the United States, many establishments still only accept cash. There are many reasons to accept cash only. Small businesses frequently argue that, at 1.95 to 2.00 percent, the cost of credit card or debit card transactions is high. However, another reason some businesses prefer cash is because it allows shady businesses to understate their revenue and thus pay lesser tax. If these businesses used credit card transactions, they wouldn’t be able to understate their revenue because it would be quite easy for the government to check with the bank on the total sales revenue.

In addition to under-reporting their revenue, some small businesses also pay their employees in cash, allowing employees to avoid taxes and the employer to pay employees less than the minimum wage or acceptable market rate.

While some argue that forcing small businesses to take on even a few cents more per transaction could greatly hurt their businesses, many mobile wallet companies offer free transfers. For example, Venmo does not charge its customers to send or receive money. Therefore, moving toward a mobile money payment system would even help small businesses, because there is always cost of handling cash, such as employees stealing from the tilt or the risk of getting robbed.

But it is also important to be aware of the new risks and considerations that moving to a cash-less economy would entail. Here are the top three that should be highlighted:

Access to mobile phones. With mobile phone penetration rate in the United States at 80 percent, there remains a critical number of people with no mobile phone access. However, with current domestic and international trends, the mobile penetration rate will continue increasing as phone prices decrease due to technological advancement. Also, mobile payments can be substituted with a contactless card for those who refuse or do not have access to a mobile phone.

Technological risks. There is a risk of system malfunctioning or threats from hackers. Just like every electronic file system, this will be a risk for which the government should provide technological support and protection. Additionally, there are many technological security firms that can help the government and mobile wallet providers. These firms have helped big commercial and investment banks on their security for decades. While this is a risk, it is an inherent risk that all banks, government, and ordinary people face as the world becomes more connected.

Behavioral change. Lastly, it can be tough to change people’s behavior. For someone to change from using cash to credit card, and from credit card to a mobile app is challenging. But with the current trend, people are willing to try new things as long as it makes their lives easier. It will be very important that the mobile wallet company creates a user interface that is easy to use to ensure an easy adability. Also, the government can introduce nudges such as charging a small tax (i.e. 0.5 percent) for using cash. For instance, a minimal cash tax, in addition to the bank fee, would apply to ATM cash withdrawals, similar to how cities like Washington, D.C., charge for bags at grocery stores.

In conclusion, as the world evolves and as the mobile penetration rate increases, the demand for mobile wallet applications will increase. Creating a friendly policy environment for the mobile wallet industry would help the government save on money printing costs, reduce cash-associated crime rate, and raise more tax revenue from the informal economy.

Pitichoke Chulapamornsri is a Master in Public Policy student at the Harvard Kennedy School. Prior to school, he was an analyst at Goldman Sachs in the Private Equity Group. At the Kennedy School, he serves as the president of the Student Government and as a Teaching Fellow for the Entrepreneurial Finance class. He is a two-time VIP member of the Harvard Innovation Lab incubator program. He is also an organizer of the 2016 MIT FinTech conference. Originally from Thailand, Pitichoke aspires to pursue a career in social entrepreneurship, in which he would like to solve public problems with private solutions.

Acknowledgement: I would like to show my gratitude to Professor Cass Sunstein (Robert Walmsley University Professor at the Harvard Law School) and Peter Sands (Senior Fellow at the Harvard Kennedy School) for sharing their pearls of wisdom with me during the course of this research.