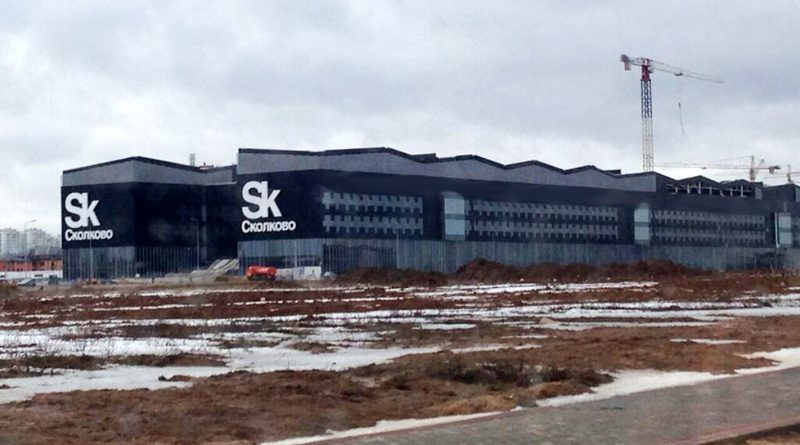 The bus trundled to a stop in front of a dismal looking barbed wire gate. The vodka from the previous night still featured prominently in my thoughts as I struggled to build a picture of a place I never thought I would visit: Russia.  It was the third day of a week-long student trek to Moscow and St. Petersburg. So far I was pleasantly surprised, both at the architectural beauty, the food, and the level of luxury I could afford on my meager student budget. During meetings with journalists, academics, and activists I was surprised at the candor with which these subversives spoke—even daring to openly condemn he-who-must-not-be-named and his draconian policies. Today we would visit Skolkovo, a city housing two of the most ambitious economic reform projects in Russia—the Skolkovo Innovation Center and Skolkovo School of Management.

Our journey, billed as a “quick thirty-minute drive out of Moscow” by our Skolkovo contacts had taken almost two hours. Outside I saw uniformed guards, well practiced in the art of looking indifferent and threatening at the same time. Beyond them was our first stop, the Skolkovo Innovation Center. From what I could see, then-President Medvedev’s $4 billion investment in what he billed as Russia’s Silicon Valley looked bleak, even by Russian standards. Scattered across the 600-acre Center was a hodgepodge of fantastic and colorful half-built office buildings, flats, and schools, all connected by a spider web of snow-covered dirt roads. The site was peopled by a few dozen meandering construction workers whose jobs, as far as I could tell, were to stare menacingly at our bus as it made the circuitous journey to Skoltech, the Center’s much-touted technology school.

President Medvedev conceptualized Skolkovo Innovation Center, along with a series of other economic and political reforms, in a 4,000-word treatise titled “Go Russia!” published in September of 2009. Medvedev’s reforms came at a critical time politically and economically in Russia. The Georgian invasion in the summer of 2008 coincided with oil prices reaching $145 a barrel. In six months they would bottom out at just above $36. In his announcement, Medvedev promised measures that would stimulate tech innovation and the industries dependent on it, like space and nuclear. The Skolkovo Innovation Center was to be the engine of this reform and house 50,000 researchers and technologists by 2020.

In some ways Skolkovo represents a Russia that could have been. The country was and is rich in technological know-how but remains incongruously poor in successful technology companies. The fix, as the self-professed tech nerd Medvedev saw it, was a world-class center dedicated to innovation. With an “if you build it they will come” attitude, ground was broken in 2010 to much fanfare. The Center was organized around five core clusters: IT, Biomed, Energy, Space, and Nuclear. The idea was that the Russian government would offer tax incentives for companies to establish R&D facilities at the Center and provide capital and expertise to incubate tech startups.  Foreign companies from Europe, the United States, and Asia made modest investments in the venture. Research and development centers from Boeing and Samsung and an often-pitched connection with MIT lent Skolkovo the credibility it needed to become viable. Medvedev provided further proof that Russia was changing when he made a surprising plea for more internet freedoms at the 2011 G8, surprising counterparts like France’s president Nicholas Sarkozy who bizarrely found himself to the right of the Russian president on a matter of liberté.

By 2013, the site had grown from 332 companies to more than a thousand. Yet most of these companies were granted Skolkovo “status” and remained physically in Moscow rather than the unfinished construction site at Skolkovo. Also disappointing was the retraction of Skolkovo as the site of the 2014 G8 due to the slow pace of construction. In 2013 a number of Skolkovo’s top bureaucrats were indicted on charges of bribery in a corruption probe.

For one, despite its forward-looking business model and planned electric-car-only streets, the Center is an illustration of classic Russian/Soviet centralized planning. It was created without any respect for supply and demand, was overstaffed and overfunded, and was wildly optimistic in terms of its expected completion and the number of resident firms. Further, in an effort to recreate Silicon Valley, Skolkovo’s designers forgot one very important aspect which makes Silicon Valley so successful: it’s in California. Not that Moscow isn’t beautiful. It is. But it’s nice to live in California—just ask the 38 million people who do.

The Russian government tried to recreate another aspect of Silicon Valley’s success by locating the Innovation Center next to a prominent University. But instead of choosing the well-established Russian Academy of Sciences and its 18 Nobel Prize winners, or Novosibirsk State University and its stable of mathematical geniuses, the Innovation Center was built next to another nascent venture – the Skolkovo Moscow School of Management.

This shiny new business school surrounded by the golf courses and mansions of Russia’s elite is an architectural wonder, but it too is struggling. The school’s marquee $250 million building, paid for by a conglomerate of oligarchs that include Chelsea football club owner Roman Abramovich, teaches only 30 to 40 executive business students per year who pay $110 thousand to attend an unaccredited academic institution on the outskirts of Moscow next to a nearly-defunct innovation center. When asked, our bubbly guide insisted the school taught some 600 students a year with a staff of 300. It was mid-afternoon on a Thursday and we saw at most two dozen, mostly staff, on our tour of the cavernous building. The school’s website cryptically boasts that 12,000 students “have received business education” but their alumni network (which includes students from executive and traditional MBA programs, plus a startup academy, and practicum) only counts 488 alum as of 2014. In 2009, the school was forced to take a $245 million line of credit from Sberbank, a Russian state-controlled bank. So much for avoiding Moscow’s reach. Medvedev, who remains chairman of the school’s international advisory board, saw in it a chance to combine the deep coffers of state sponsored technology with the economic power of the oligarchs.

Both institutions, one state and one private, represent parallel attempts at Russia’s self-improvement. Both have physically distanced themselves from the corrupting influence of Moscow and on the surface are dedicated to improving—dare I say, westernizing—their outlooks. But despite attempts at change, at heart both are still burdened with the old yokes of nepotism and waste which Russia so desperately needs to throw off.

President Viktor Vekselbert of Skolkovo Foundation, the nonprofit entity that manages the Innovation Center, struck a cautious tone in his 2015 end of year report. In it, he lauded the Center’s modest achievements, including the year’s approximately $60 million in private investments. The Center’s staff also appeared remarkably upbeat, repeatedly assuring us that by next year the buildings, houses, schools, roads, and amphitheaters would be complete. The same optimism pervades the business school. Its dean, the former deputy mayor of Moscow for economic issues, spent more than an hour enthusiastically answering our sometimes impertinent questions about his institute. Hope survives at Skolkovo, but behind the upbeat message delivered to us by well-dressed, young, and energetic staff at both institutions was a palpable whiff of desperation.

Russia needs innovation. It needs business leaders. With oil stuck below $40 a barrel, double-digit inflation, and a drastic drop in Russian real wages Medvedev’s grasping attempts to spur a more diverse economy was at least an acknowledgement that Russia is in dire straits. Putin, a Luddite compared with the gadget-loving Medvedev, is far less impressed with the project. Besides overseeing two corruption raids, he curtailed some of the tax incentives, canceled a Medvedev proposal for Russian state companies to donate $910 million to Skoltech, and most damningly, signed into law restrictions forcing non-Russian internet companies to store data on Russian servers. Say what you will about Medvedev’s ham-fisted plans to innovate, but it is better than stirring up martial fervor in a naked attempt to distract the Russian people from their failing economy.

Despite the obstacles, Skolkovites believe they can succeed. Maybe they will. Given their circumstances, it’s hard not to root for them.

Justin Reynolds is a Mid-Career Master in Public Administration student at the Harvard Kennedy School. He left the active duty Air Force as a Major where he spent eleven years as a combat airlift and instructor pilot. He is a veteran of Operations in Afghanistan and Iraq, has commanded presidential support, humanitarian, and combat missions around the globe, and has instructed military aviators from six continents. Justin’s current research focuses on the US military’s growing dependence on indigenous US-trained and equipped forces as an alternative to the deployment of American forces. Justin still flies the C-17 Globemaster III in the Air Force Reserves.