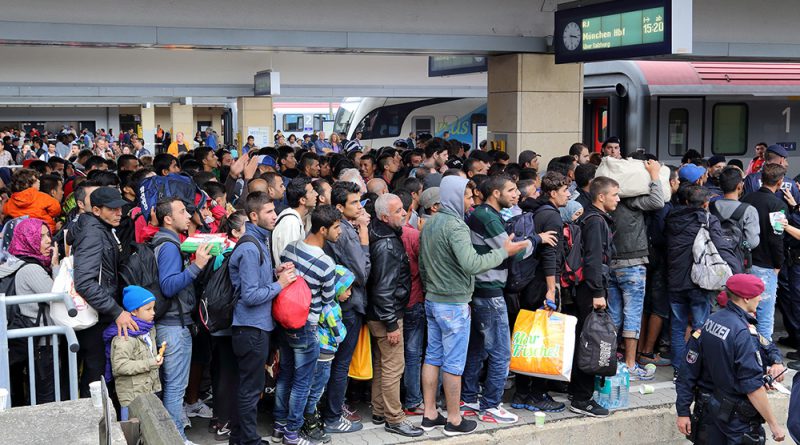 Over the last month Germany has quietly moved to make family reunification harder for many recently arrived migrants.  New rules will mean that migrants given “subsidiary protection” status, which includes at least one in five Syrians, will not be able to bring their families to join them in Germany for at least two years. Germany received a truly staggering number of migrants in 2015—most estimates put the total figure at over a million—so this policy change, which has the explicit aim of limiting future migration, seems to make sense.

There are a couple of reasons for this, some of which have already attracted media attention. First, these new rules are of questionable legality, in that they may contravene Article 6 of Basic German Law and Article 8 of the European Convention on Human Rights, which states that “everyone has the right to respect for his family and private life.”  Second, this policy will have a very real impact on the safety of an already-vulnerable population.  Bernward Ostrop, an immigration and asylum lawyer based in Berlin, has argued that many migrant families currently in Turkey will eventually have to return to the ruins of Syria if they cannot come to Europe—with all the hardships and dangers that would entail.

There is, however, another piece of the picture that has received much less attention to date: the vast majority of those that have crossed into Europe over the last 18 months have been male, and the conflict literature suggests that societies with skewed sex ratios are more likely to experience violence.  Making family reunifications more difficult has the pernicious side-effect of propagating the existing imbalances and may therefore threaten the peace and security of European societies.

The scale of the gender imbalance in migrant flows should not be under-estimated.  According to the UNHCR, of the more than 1 million migrants and refugees that arrived in Europe last year, over 70 percent of incoming adults—as well as most adolescents—were male.   This is changing the demographic structure of major recipient countries such as Sweden and Germany at an astonishing rate.  Last month, a study by Valerie Hudson of Texas A&M University found that among Sweden’s 16 and 17 year olds there are currently 123 boys for every 100 girls.  The equivalent figure in China—which has long been the archetypal example of skewed sex ratios—is 117.  Sweden is one of the most gender equal countries in the world; this imbalance is purely a result of male-majority migration.

Why should this lack of gender parity concern policymakers?  Valerie Hudson and Andrea Den Boer have convincingly argued in a recent book that societies with extremely skewed sex ratios tend to be more unstable. The mechanism is fairly intuitive: where there is a surplus of young men, some will be unable to find partners.  Discontent is almost inevitable, both due to the social stigma often attached to remaining single and the fact that unmarried men have significantly higher levels of testosterone than their married peers.  Hudson and Den Boer argue that groups of disaffected young men may react with a “violence-prone hyper-masculinity.”

It may even be tenable to argue that this sort of unrest is especially likely amongst migrant groups.  Many of those arriving in Europe have few ties to the communities in which they live, and are from societies with considerable recent experience of violence.  In addition, Europe’s labor shortages are—and will increasingly be—in low-skilled occupations, which means that a large number of the young men who had hoped to find a better life in Europe are likely to have their dreams dashed.  This situation has the potential to become a noxious cocktail of anger and resentment.  And the recent events in Cologne and at Swedish festival We Are Sthlm are evidence that these predictions are more than just hypothetical scaremongering.  In each case, large groups of young men—many of whom were allegedly migrants—sexually harassed, attacked, or robbed multiple women.

In this context family reunifications can be a potent force for good.   The latest figures from Greece indicate that women and children now account for more than 50 percent of all arrivals.  This is already starting to moderate skewed sex ratios, but Germany’s new policy will severely mitigate the impact of this important natural corrective.

This tightening of family-reunification policy sprang from increasing political pressure to limit migration in the aftermath of the Cologne attacks.  It is ironic, therefore, that it may actually increase the likelihood that events such as this will be repeated.  If Germany wants to limit the number of migrants it is receiving—and in the current context this would be perfectly understandable—it must do so in other ways.  Increasing the number of official “safe countries of origin” is a much more promising strategy; countries on this list are judged not to engage in political prosecution, and nationals of these states are therefore very unlikely to be granted leave to remain in Germany in the absence of exceptional circumstances.

The risks of violence should not, of course, be over-stated.  Further hysteria around the security implications of migration is the very last thing that Europe needs as it fumbles for a sustainable solution to the current crisis.  It is vital to stress, therefore, that there is no deterministic link between skewed sex ratios and conflict, and Europe—with its tradition of gender equality, strong institutions, and long history of peace—may be better positioned to deal with these issues than most.

But politicians must not be complacent.  Even a modest increase in the likelihood of violence is clearly unacceptable.  Governments must avoid undertaking actions that will directly exacerbate the current skewed sex ratios, and the need to maintain approximate gender parity must be a factor in the formulation of migration policy.

For the good, therefore, of the migrants and would-be migrants directly involved, as well as of the societies that host them, these new measures limiting family reunification must be urgently rethought.

Katie Parry is a second-year Master in Public Administration in International Development student at the Harvard Kennedy School.  In a previous life she worked as a staffer for a British Member of Parliament, as an economist in the Central Bank of Sierra Leone, and as a Research Assistant on a number of large-scale randomized control trials run by Innovations for Poverty Action. She holds a first class degree in Philosophy, Politics and Economics (PPE) from Oxford, and a Master’s in Statistics and Demographics from the London School of Economics. Her current research focuses on the shifting demographics of Europe and migration.