Home > Articles > The Safest Place to Be 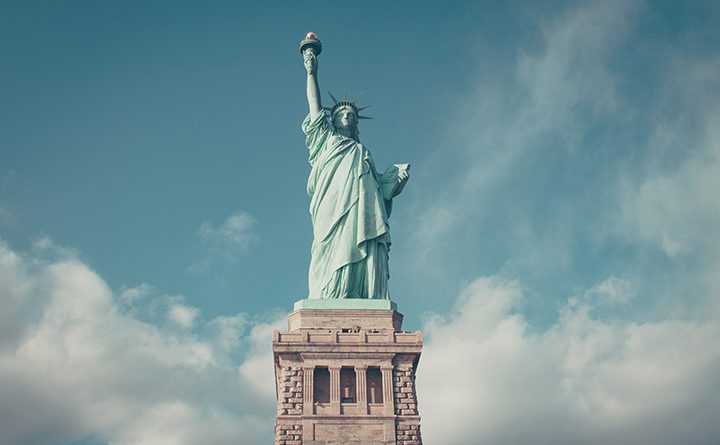 “Mom: home safe. sleepy. love you.” I sent this message letting her know I made it home to Cambridge safely after spending ten days in Israel, learning about nations torn by generational conflict.  During my time there, we visited the Syrian border, went to the edge of the Gaza Strip, and talked with Palestinian leaders in the West Bank.

When my mom wanted me to move to Afghanistan to work in a hospital, she used to tell me, “the safest place to be is in God’s will.”  Luckily for me, that means she doesn’t worry too much about my safety.  When I called to tell her I was going to Israel only a few short days after terror attacks, her response was to request a postcard.

One of the Israeli Defense Force (IDF) officers we spoke to said, “it’s safer here than in Chicago.” At the time, we laughed, and the Chicagoans in the crowd heckled him a bit.  This weekend I traveled home, and horror struck.  Attacks in Brussels, Iraq, Islamabad, Ankara, Somalia, and more.  Most of my friends were traveling over the break, attending treks organized by fellow students to far-off places.  My roommate was in Pakistan; several close friends were in North Korea.  I constantly checked my friends’ group chat to ensure everyone was safe.  All clear.

Last night I crawled into my bed at 9:00 p.m., hoping to wake up this morning rested and adjusted from jet lag.  I was thankful that after our adventures, we’d all made it safely home.  Instead I woke up to multiple texts and emails alerting me of a shooting just a mile from my school.  One dead. One wounded.  No names released.  Repeat checking the group chat.

After the past few days, I wonder why we fear terrorism more than the guy next door with a temper.  It doesn’t seem logical, especially with between 270 and 310 million civilian firearms in the United States, roughly one firearm per person. While this shooting won’t make national news with only one dead, I’m certain there will be at least a few local op-eds calling for stronger gun control laws. Frankly, I don’t see the point.  It’s not going to change.  As recently as 2013, two Colorado state Senators were thrown out of office for their support of stronger gun control legislation. After the Senators voted in favor of the gun control legislation, voters ousted them in Colorado’s first-ever state-level recall.

It’s a confusing topic.  My dad owns a gun shop, but neither of us support gun show loopholes that allow private citizens to sell guns with just a handshake.  As unlikely as it is to see comprehensive gun control legislation, I’m longing for something even less likely.

Can we put down this obsession with terror?  There are angry people everywhere.  There are hurting people everywhere.  Terror is a fact of life in the 21st century, but the chances of being directly affected are also infinitesimally small.  From 2001 to 2013, the Centers for Disease Control reports that there were a total of 3,380 Americans killed in acts of domestic and international terrorism.  Nearly 3,000 of those deaths occurred on September 11, 2001. During the same time frame, 406,496 died from firearms.

While we don’t control terror, we do control whether we allow ourselves to be terrorized – by our neighbors or by those around the world.  Choosing to shut our borders to refugees or to institute racial and religious profiling is choosing to operate as a terrorized people.  What happened to Emma Lazarus’s encouragement, carved into the base of the Statue of Liberty? “Give me your tired, your poor, Your huddled masses yearning to breathe free, The wretched refuse of your teeming shore. Send these, the homeless, tempest-tossed, to me: I lift my lamp beside the golden door.”

Sound policy is often about cost-benefit analysis.  But we are weighing too lightly the cost of our collective identity as a nation of immigrants when we operate from fear.

We would do well to remember Abraham Lincoln’s admonition to a people divided. “We are not enemies, but friends. We must not be enemies. Though passion may have strained, it must not break our bonds of affection. The mystic chords of memory will swell when again touched… by the better angels of our nature.” We can choose how we respond to hate in all its forms. I long for the day when our obsessions are about living, not the sad shadow existence of remaining safe.