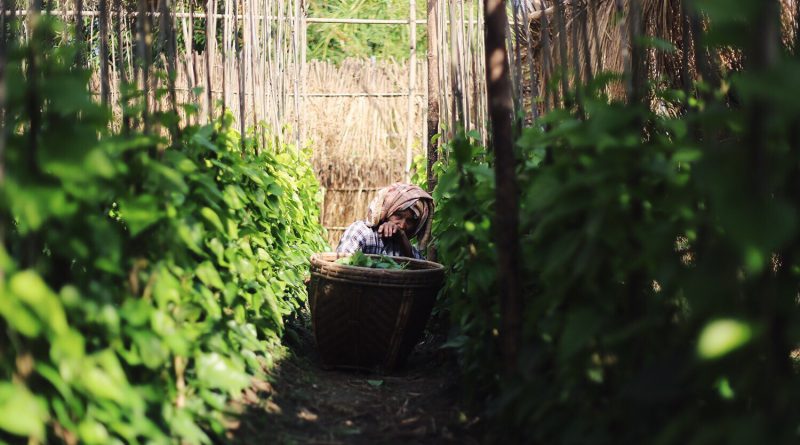 Myanmar has suffered one of the world’s longest running civil wars, one rooted in ethnic conflict. The fighting continues to the present day: the Arakan Army is still launching insurgent attacks in Rakhine state, a state on Myanmar’s western coast, and the Kachin Independence Army, from Kachin state in north Myanmar, has not yet signed the ceasefire agreement.

Whilst media coverage has focused on democratization in Myanmar, the fundamental conflict has been much more than that of authoritarianism against democracy. The problem is also about center and periphery, and the stability of Myanmar’s future democracy depends on addressing issues of self-determination for ethnic nationalities. To do this, Myanmar needs a real federal union.

Currently, Myanmar is a unitary state.  The majority Bamar ethnic group makes up two-thirds of the population and the remaining one-third of the population is comprised of other ethnic nationalities, the main seven being the Mon, Shan, Kayah (Karenni), Kachin, Kayin (Karen), Rakhine (Arakanese) and Chin.

When Myanmar gained independence in 1948, ethnic nationalities demanded a federal union be enshrined in the new constitution in accordance with the promises of General Aung San and the Panglong Agreement. However, a genuine federal state was never achieved, even under the first civilian government – instead, they maintained the extractive institutions of their former oppressors. Ethnic nationalities were dissatisfied, to say the least. The Karen were the first ethnic group that revolted, and as many other ethnic armed organizations launched separate insurgencies, the military moved to suppress these secessionist movements with incredible violence. Even today, the military’s offenses against ethnic nationalities extend to civilians: large industrial projects and natural resource extraction in resource-rich ethnic nationality areas are carried out with little regard or consultation with the local population, and profits are unfairly distributed.

Myanmar is at another transitional point in its history. Aung San Suu Kyi and the National League for Democracy (NLD) have made the peace process negotiations their central priority.

Today, Myanmar has the opportunity to partially solve the ongoing conflict between center and periphery with a solution they failed to implement in 1948: federalism. Yet, just as in 1948, the federalism in today’s political rhetoric is a vague concept, defined differently by the different stakeholders. According to Myanmar scholar David Williams, “federalism” means creating a decentralized state with a federal government that has jurisdiction over affairs that concern the nation as a whole (such as foreign affairs), whilst each region has a local government that controls its own area. Federalism is rife with symbolic constitutional implications, such as the recognition of political equality for all nationalities. To be successful, however, it will also need to address three key areas of substantial policy reform: a revenue sharing agreement, locally determined land-use laws, and improved education in the context of decentralizing political decision-making power.

The NLD has made revenue sharing a priority, and has committed to “work to ensure a fair distribution across the country of the profits from natural resource extraction.” As prescribed by the 2008 constitution, the military government collected 99 percent of oil, gas and mining revenues (which made up 40.5 percent of the Union government’s fiscal revenues in 2013/14) and controlled the income transferred to states.

In addition to the fact that states have no control over the amount of revenue they receive, the revenue that states receive doesn’t necessarily correlate to the revenue generated in the state.  Large-scale mines and government projects, such as the Hpakant jade mines in Kachin state, also leave indelible marks on the environment and cause the loss of livelihood for mostly agrarian local populations who receive no compensation for government activity. A revenue-sharing agreement has to agree on institutionalized compensation to locals for extractive government projects, the vertical (federal and state-level sharing) and horizontal (across states) distribution of revenue, and revenue streams to be shared.

Revenue sharing is closely intertwined with resource sharing. Agreement must be reached not just on the distribution of income from resource extraction, but also the management of resources. The 2008 constitution is appallingly biased in its allocation of responsibilities for resource management, with Schedule I giving the Union government jurisdiction over all main contributors to GDP, such as petroleum, natural gas, mines, and minerals. In stark contrast, Schedule II lists out exactly five areas under regional state jurisdiction: small-scale electric power production, salt products, cutting and polishing of gemstones, village firewood plantation, and natural-resource related recreation centers. Whilst full control of resources is unlikely, state governments need to be involved in the decision-making and implementation process of development and extraction projects.

Secondly, land-use laws must be locally determined.  In Myanmar, the concept of private property has never been formally realized. In the current constitution, article 37(a) states that “The Union is the ultimate owner of all lands and natural resources above and below the ground, above and beneath the water and in the atmosphere in the Union.” The Union Government only gives out land to private citizens as “government recognized grants.” In practice, this is less socialist than it seems.  Cronies, and to a large extent the middle class, are able to retain their land grant in a system akin to that of private ownership. However, without formal recognition of private property, the government is able to revoke land from those with less political bargaining power, and it actively does so with ethnic minorities. According to the current land laws, the government can take away land considered “Fallow and Virgin.” “Fallow” is a problematic method of determining when a government is legally able to reclaim land for alternative use, because farmers routinely leave their land fallow for a period of time before returning to begin cultivation, in accordance with the age-old system of shifting cultivation. More often than not, “Fallow and Virgin” becomes an excuse to expropriate poor farmers of their land for capitalist projects, especially in the periphery states. The United States, the European Union and the Swiss Government have been closely assisting the drafting of a new national land use policy based on private property rights, but this will remain a contentious and incredibly important issue in the decentralization of power.

Finally, education remains a key priority across Myanmar. The development of ‘mixed schools,’ schools jointly run by the Union government and ethnic stakeholders, should be taken as a model for future education reform. Mother Tongue-Based teaching, where children in state schools are instructed in their first language rather than the national language, should be implemented for both educational and political reasons. Children in non-Burmese speaking states will no longer be at a disadvantage to their native Burmese peers. Moreover, according to a study done by Chiang Mai University, sanctioning education with standardized content but in ethnic languages deters the creation of parallel education systems that may differ in both language and content.  Such a parallel system creates a sense of a separate identity that can undermine a federal union.

However at this point, genuine federalism still remains a far-off ideal. The peace process negotiations – the prerequisite for political dialogue on federalism – are moving slowly and riddled with distrust. Negotiations in Myanmar are prone to break down. The military’s violence against ethnic nationalities has been recurrent and devastating and it is difficult to determine what historical baggage can and should be addressed before moving forward with a solution. Given the depth of distrust, the military’s stipulation that ethnic armed organizations disarm before entering peace process negotiations is a huge source of conflict.  The fear is that the military will attempt to maintain a monopoly over violence in whatever new state is created. If anything is going to grind the peace process negotiations to the halt, this issue will probably be it.

Even if the peace process is complete within the NLD’s five-year tenure, the policy areas highlighted here are long-term solutions. With all the excitement around the idea of federalism, there will be disappointment for those expecting quick changes on the ground. Hopefully the people of Myanmar will understand that just as democracy requires respect for the rules of the political game, federalism requires patience.  No matter how negotiations proceed, stakeholders must remain loyal to the idea of a federal union of Myanmar.

Jasmine Chia is a Thai-Singaporean sophomore studying Government and Economics at Harvard University, and her research focuses on modernization and integration forces in Southeast Asia and the intersection of Buddhism and Politics in Myanmar and Thailand. She is co-founder of Farm 2.0, a social enterprise that aims to provide low-cost inputs and management tools to farmers and big data on rice farming to governments.

Native to Myanmar, Yan Min Aung has been working as a national consultant for environmental policy and land policy for Myanmar since 2004 and has a master’s degree in Environmental Policy from Bard Center for Environmental Policy. He has consulted for organizations such as World Food Program, European Union, and the Asia Development Bank and Ministry of Environmental Conservation and Forestry (Myanmar).

Kareng Brang Shawng is involved in the Myanmar peace process as a staff member on the Technical Team for the Nationwide Ceasefire Coordinating Team (NCCT) in drafting Nationwide Ceasefire Agreement (NCA). He holds M.A in Peace Education from University for Peace and is currently a Master of Comparative Law student at Indiana University, Maurer School of Law. His studies focus on Constitutional Design.