Home > Articles > How To Expedite the Garland Nomination 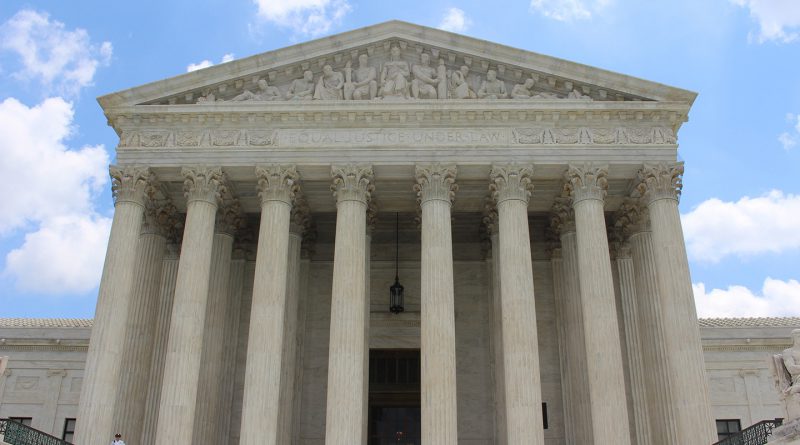 President Obama should offer the Merrick Garland nomination to the Supreme Court in the form of a “forward contract” to Senate Republicans.

As defined by Investopedia, forward contracts are “a customized contract between two parties to buy or sell an asset at a specified price on a future date.” One of the key features of such contracts is the expiration date.  For a “Supreme Court-linked forward contract,” Obama and his staff could set the expiration date to place the maximum pressure on Republicans to confirm Garland as soon as possible.

Garland is a centrist, and Republicans could hope for no better from a Democratic president.  Instead, they are praying for a Republican win in November, at which point the Garland nomination would be dead in the water.  In the event a Democrat wins the general election, Senate Republicans would want to confirm the Garland nomination, knowing that the next president would nominate someone more liberal and, therefore, less to the liking of Republicans.  The Clinton campaign has already suggested as much, highlighting Garland’s intellect and the bipartisan support he has received in the past but stopping short of publicly stating what might happen if the Senate refuses to vote on his appointment. For context, the Senate has never taken longer than 125 days to vote on a Supreme Court nominee.

No matter what, the expiration date on the “Supreme Court-linked forward contract” should be set before the general election.  If it were set for after the election, the contract would be irrelevant as the critical information informing the Republican decision would have already been revealed, making the whole exercise moot.  Instead, Obama should set the expiration date for before the election.

That still leaves, however, several options.  One option is to set it the day of or the day before the election.  By choosing November 1st or 2nd, the next president will still be unknown and Republicans may still have hope for a victory.  It also provides the most time for Obama and Senate Democrats to lobby their Republican counterparts in favor of the Garland nomination.  However, if polls suggest that the election outcome will be a lopsided victory for Democrats, Obama is leaving “liberal value” on the table, which Republicans would be glad to cash in.  Alternatively, if polls predicted a lopsided Republican victory, the option contract would be largely worthless as Republicans would rightly bet on choosing their own nominee with a new administration.  All of this points to the importance of polls in the days before the election, their accuracy, and how close they predict the election to be.

To sidestep the informative value of the final pre-election polls, Obama could set a substantially earlier expiration date.  This option would either be just before or just after the Republican convention.  If immediately after the convention, Obama would be capitalizing on the question of whether the eventual Republican nominee would actually be able to defeat the Democratic one.  That may be before the Republican nominee has been able to focus attention on raising his stock versus the Democratic nominee, likely Hillary Clinton.  If the expiration date were set just before the convention, Obama would be pushing Republicans on the question of who their nominee will actually be.  That may or may not be pre-determined by the time the convention starts, depending on whether Trump continues his success or whether Republican powerbrokers are willing and able to stage an anti-Trump coup.

The third option would be to set the expiration date for either just before or just after the final primary that Trump would need to secure the necessary number of delegates to win the Republican nomination outright.  This option would force Republicans to link their confirmation of Garland to a bet on the probability that Trump would have an overwhelming and fully legitimate claim on the Republican nomination.  In using this decision date, Republicans would have to make a bet on whether Trump will lock up the nomination, what his probability is of winning the general election, and, if he were to win, whom he would actually nominate.  If Republican suspicions are correct that Trump is secretly a liberal, he may also nominate a liberal judge.

Instead of offering a single forward contract on the Supreme Court nomination, however, it would be more powerful to offer several simultaneously.  Each one would have a later expiration date, but also come with a more liberal judicial nominee.  In effect, Obama would put the Republicans in a vise that tightens – and becomes more painful – with time.  The longer the Republicans wait to confirm Garland, the less palatable the new nominee would be to them.  Such a range of options – linking the degree of a nominee’s liberalism to the date at which he or she is confirmed – comes straight out of powerful tactics in negotiations theory.  While this may contribute to an otherwise unwanted politicization of the court, it may be the only method to incentivize Republicans to come back to the negotiating table and actually scrutinize the nominee.

To further enhance the multi-candidate option, Obama could collaborate with Clinton and Sanders.  Both Sanders and Clinton could publicly announce the set of candidates they might consider nominating if they were to win the White House.  The key here is that all such shortlisted candidates would be even more liberal than the most liberal nominee Obama would set forward in the final option contract, which expires the day before the election.  By announcing their own shortlists, Clinton and Sanders would be placing even further pressure on Republicans to accept the best deal – Merrick Garland – that they could possibly obtain.

Republicans should view Obama’s nomination of Garland to the Supreme Court as an offer of peace. Garland’s nomination already constitutes a large concession given his relative centrism as well as his age.  If Republicans don’t accept the peace offer soon, President Obama should up the ante.

Benjamin Luxenberg is a joint MBA and MPP student at Harvard Business School and the Harvard Kennedy School of Government. He is also an Associate Scholar with the Foreign Policy Research Institute.