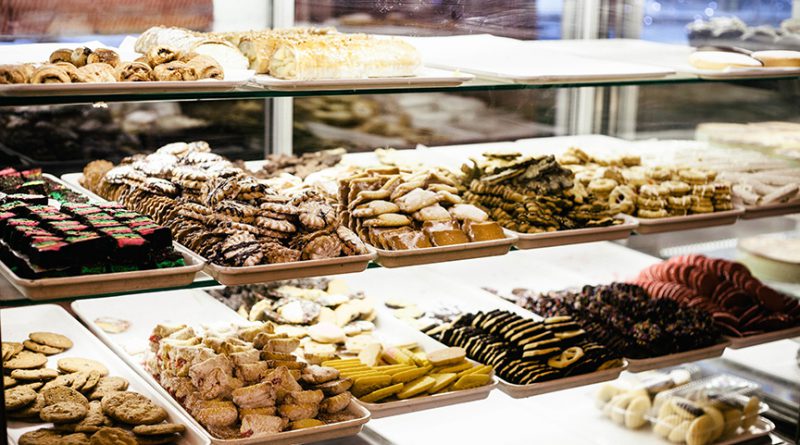 What sugar we see in candies and packets at restaurants pales in comparison to that which we do not see in processed foods and drinks. Likewise, the prices we pay for sugar at the grocer’s counter are only the tip of the iceberg compared to the camouflaged costs that lie beneath, affecting huge swaths of our economy, from agriculture to the environment to energy.

The American sugar program is one of the few programs in U.S. history to impose such a large cost on the American consumer while having – at least in typical years – only a negligible effect on the federal budget. In essence, it is a tax Americans pay weekly at the grocer rather than annually in April. Yet Americans cannot effectively combat the sugar tax at the polls in November, making the U.S. sugar program problematic not only for economic policy, but for our democracy.

But fully understanding how the U.S. sugar program got to where it is today requires a look at the historical, legal, and economic forces that created and shaped the policy.

Governments have attempted to control the price of commodities or goods, while allowing for moderate upside volatility, for at least two thousand years. By the time Adam Smith was born in 1723, the mechanisms for modern price supports that would later prop up the U.S. sugar price had already emerged in Europe. Under one such mechanism, the government announces a plan to purchase a certain amount of a good (a commodity crop, for instance), driving the market price of the good to the desired price. This is an expensive policy to offer at scale and over time because it costs consumers and the government more than producers gain from it. It is from this mechanism, in concert with production and import controls, that America’s modern sugar price support structure evolved. Since the farm bill, which is the primary guide for modern U.S. sugar policy, was introduced in 1981,[1] it has been renewed or strengthened in every subsequent iteration of the legislation and has become integral to how the American agricultural sector is managed and run.[2]

The current sugar program is a highly unusual hybrid in terms of its design as a law and as a piece of public policy. While the sugar program is enormously expensive, costing between $3 billion and $4 billion dollars per year, it has no federal budget impact in most years. This is because most, and in some years, all of the cost of the program is directly passed along to consumers in the form of higher prices. But this does not mean the distortion involved is small: the USDA’s target price for sugar is far enough above prevailing levels elsewhere in the world that major firms change recipes and use alternative sweeteners to avoid the higher price.

Most American law students study the 1942 case of Wickard v. Filburn[3] as a one-hour discussion on the interstate commerce clause and the expansion of federal regulators’ reach.

The most interesting aspect of Wickard, and its strongest link to today’s sugar market, is the assumption that the regulation of interstate commerce includes the regulation of the prices at which that commerce is transacted. In the broadest interpretation, this meant that suddenly the government could decide price supports, price ceilings, minimum wages, and other economic interventions, some of which were viewed as severe or unprecedented prior to World War II. The case also increased the scope of regulatory authority, which would later set the stage for greater regulatory oversight over – and eventually favoritism toward – the sugar industry.

These two takeaways from the case – pricing control and enhanced regulatory authority – together paved the way for comprehensive regulation and the imposition of minimum prices even in the smallest niches of a given market. The case set the stage for both federal and state programs to use legislation and administrative enforcement to set price floors and eliminate all transactions at lower prices.[4] The sugar program allows no exception cases or exemptions (unlike some petroleum legislation, for instance[5]) for small producers. In other words, even the smallest family farm is affected by the same rules. The comprehensive regulation framework is so well known that small producers in some markets are called “Filburns” by economists.

According to the USDA’s website, “The U.S. sugar program uses price supports, domestic marketing allotments, and tariff-rate quotas (TRQs) to influence the amount of sugar available to the U.S. market. The program supports U.S. sugar prices above comparable levels in the world market.”

The primary concern in the economic context is the sugar program as a de facto restriction on supply to not only stabilize,[6] but substantially increase, the price of the underlying commodity. In other words, without the sugar program’s price support, transactions would, given equilibrium prices elsewhere in the world, occur at prices below the designated price.[7]

In normal circumstances in which the domestic price of a good is much higher than the international price, citizens might import that good at the cheaper international rate. With sugar, however, this arbitrageur maneuver isn’t legal. Congress enacted the first sugar tariff in 1789, and a variation of that tariff has kept domestic sugar prices artificially high ever since by controlling supply, directly setting prices, and banning unauthorized imports.

Similar tariffs affect other markets, such as energy (through agricultural distortions of ethanol) and durable goods (the U.S. tariff on trucks manufactured overseas, for example). However, few policies have economic effects as comprehensive as the sugar program combined with such opacity – it is difficult for economists, let alone layperson consumers, to decipher how sugar policy directly and indirectly influences their lives, diets, and pocketbooks.

Under the current regulatory schema, the government has granted de facto antitrust immunity for the sugar producers to operate as a sanctioned cartel.[8] If the activities financially encouraged under the American sugar program were instead done by a group of producers of some other good, this would almost certainly be illegal. For instance, if producers of cars or carrots mandated a certain price be charged by downstream distributors, this would be a violation of the Sherman Act, the most comprehensive and oft-used antitrust mechanism in federal law.[9] Additionally, if producers with substantial market power colluded (as sugar producers do, with the government’s help) to constrain the supply of a good, thus increasing the good’s market price, this would also be a violation of the Sherman Act.[10]

Yet the American sugar program encourages and financially rewards all three undesirable effects of this otherwise-illegal behavior: it dictates the price of the good, constrains the production of the good, and enriches the producers of the good at a rate unjustified by otherwise-market prices. The government has chosen the winners, and consumers are left with legislators’ and administrative policymakers’ sweet nothings.

Karl T. Muth is a Lecturer in Economics, Law, Organizational Behavior, Public Policy, and Statistics at Northwestern University and a consultant focused on bet-the-company transactions and senior advisory work. He earned graduate degrees in law and business, the latter with a concentration in Economics, and holds a Ph.D. from the London School of Economics.

Katheryn DeVelvis is an Adjunct Lecturer of Statistics at Northwestern University and a Director at The Claro Group; she has been with the firm since its inception in 2005.  She earned her MBA from the University of Chicago Booth School of Business and her undergraduate degree in Finance from Miami University.

[4] For more on state-level programs similar to the federal sugar program and how such programs are not violations of the Sherman Act, see Parker v. Brown, 317 U.S. 341 (1943) (Stone, J. writing for a unanimous Court) and its progeny.

[7] Note the difference between these prices and U.S. prices is so dramatic during many periods that, even net of transport costs, they would suggest U.S. prices are substantially distorted by government price supports.