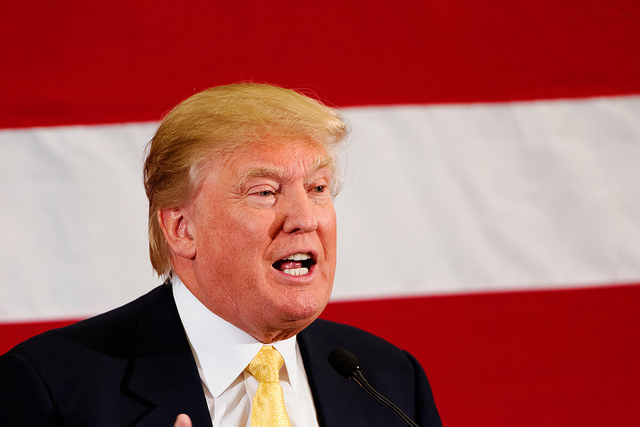 Donald Trump declared last week that he “doesn’t mind” starting a trade war with Mexico “when we’re losing $58 billion a year.” Not only is this a gross mischaracterization of our trade relationship, it also suggests a trade policy that will harm U.S. economic and political interests.

Clearly, many aspects of U.S. trade policy deserve attention from serious politicians. Other countries’ ability to make goods more cheaply can lead to near-term U.S. job losses in certain sectors. Consumer safety and labor standards are harder to enforce in far-away markets. The impacts of global trade on the environment are grave and urgent. These policy problems require intelligent, nuanced solutions that preserve the benefits of trade enjoyed by millions of Americans. Unfortunately, there is nothing intelligent or nuanced about Mr. Trump’s proposal to launch trade wars with our top trading partners.

First of all, the United States is not losing $58 billion a year to Mexico. We have an extensive and mutually beneficial trade relationship with our southerly neighbor, with more than $530 billion of goods traded between us each year. In 2015, we bought $58 billion more in goods than we sold to Mexico, incurring the trade deficit that Mr. Trump is referring to. Paying for stuff that Americans want to buy is not losing money, it is commerce.

Underlying Mr. Trump’s rhetoric is the premise that trade deficits are bad for the U.S. economy. As any Econ 101 student, and even economists at the Federal Reserve, can tell you, this is a case of comparative advantage. A trade deficit signifies that goods demanded by Americans can be manufactured more productively elsewhere. The result is a wider variety of cheaper goods for Americans and more opportunities for us to specialize in other sectors – such as financial and business services. Incidentally, the United States maintains a services trade surplus with Mexico (of $9 billion) and on a global basis (of $220 billion).

American consumers are not the only ones who benefit. In addition to vehicles and vegetables, our largest import categories from Mexico include intermediate goods such as electrical and other machinery. These goods are used by U.S. businesses to produce ‘Made in USA’ products. Remove these inputs, and U.S. firms face higher costs, lose out in the global market place, and employ fewer people.

Running a bilateral trade deficit with Mexico is not bad for the U.S. economy, but a trade war certainly would be. Presumably Mr. Trump will violate U.S. obligations under NAFTA and WTO agreements to impose higher tariffs on Mexican goods. Some, if not all, of these tariffs will be passed on to U.S. consumers in the form of higher prices. Low- and middle-income families will disproportionately feel the pain, as will U.S. business owners who have to pay more for machinery and other intermediate goods. It’s a safe bet that Mexico will impose reciprocal tariffs on American goods. Since the US exports $236 billion in goods to Mexico, our second largest export market, a trade war will likely hurt, rather than protect, U.S. manufacturers.

The combined impacts of higher prices on imports and lower international demand for U.S. exports will, in the language of Mr. Trump, be very, very bad for the U.S. economy. Even more important than the direct economic impacts, a trade war will diminish the United States’ international political standing. Our willingness to blatantly ignore trade agreements will not go unnoticed by other partners and allies, who will be less willing to collaborate on trade or other areas.

By embracing Mr. Trump, Americans are inching closer to a trade policy that harms U.S. interests. The good news is that President Trump will need congressional support to wage his trade wars. For once, Congress’s sheer inability to accomplish anything could prove to be a silver lining.

Aditi Kumar is a joint-degree Master in Public Policy and Master of Business Administration candidate at the Harvard Kennedy School and Harvard Business School. She was formerly a management consultant working on U.S. financial services policy and is now exploring her interest in all spheres – political, economic, and military – of international affairs.