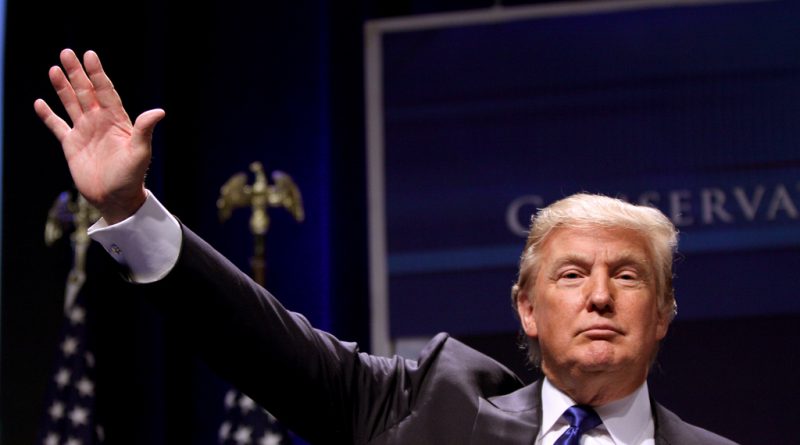 This piece was performed as spoken word by the author at the Harvard Kennedy School on 3/1/16. This special format for a KSR post is in light of Super Tuesday results last night.

When you smirked your way
Down that escalator last June,
I laughed.
I thought you were just another
Schwarzenegger clinging to the spotlight
In the fading glow of Hollywood.

But, here you are, nine months later,
Perched on the precipice of Super Tuesday glory,
Wings quivering in anticipation
Of the smell of broken dreams
Burning in gas chambers of fear.

As the sun rises on the carcass of political correctness,
Who will pick the bones of fallen virtues?
Who will bury the corpse of kindness?
Who will save the ashes of hope from
The vultures of twitter as they circle,
Circle, circle, above a bleak landscape
Ash white, chalky grey
Devoid of people of color.

Soon, the silence of the cemetery
Will be replaced by a quiet shuffling,
Throats rasping for blood,
As people across the country start to turn
Eyes rolling, flesh rotting, skin shedding
The gaping wounds of unemployment
Bandaged by the flimsy gauze
Of self-entitlement,

Soothed by the seductive honey
Of white privilege.
But see how the blood still drips
Blossoms on white snow
Burns a trail for the White Walkers
Casting conical shadows on grey hills
White cones of lost conscience.

You, who are so quick to cast the Other
As criminals, drug dealers, rapists,
You, drug American voters
With pills of ignorance,
You rape society with unwanted smears,
You collect hate crimes like old coins.
Look at your creations.
Look at the zombies tumbling from
Your vending machine of lies.
Minds numbed by myths
Hearts frozen by hatred.

As I stand by the window,
I see my ten-year-old self staring back,
Socks crooked, hair askew
Saucer eyes brimming with self-doubt
Feel the old insecurities hiss and bubble
Spitting like hot oil
Look at you, look at you
Chink, Honky, Jap
Why is your nose so small?
Why does your lunch smell weird?
Why don’t you go back to where you came from?

As I stand by the window,
I see my mother’s eyes staring back at me.
I come from immigrant blood
Souls who scaled walls
Of brick and bone
Whispered strange words on
Thirsty tongues to open secret passageways
to safety.

I come from immigrant blood
And so do you.
How quickly you forget.
How easy it is to sell a stereotype with your steak
See a brown face sweating behind a hot stove
And hand him his worth on a dollar bill.
How easy it is to accept the kind of immigrant
That wraps her naked body around you
Fattens the ego on which you feed
Reminds you how warm white privilege really feels.
How easy it is glorify genocide
When you’ve only seen bullets on a flatscreen
Never dug a grave for your child
Never felt a gun to your head
A knife to your back
A hand on your throat
“I can’t breathe”

How easy it is to raise an army of the undead
Wipe their memories of the Cherokee, the Navajo, the slaves,
The freedom rides, the burning bras, the graves,
Satisfy their hunger with bottomless fear
Xenophobia, Islamophobia, Homophobia
Quench their thirst with foreign blood,
Wipe their tears with dollar bills.

So go ahead. Build your wall.
Let the ghosts of babies passed through barbed wire
Lift each brick into the starry sky.
Let the virus spread, the fever rise;
Let your zombies infect the airwaves with
bigotry, misogyny, depravity, atrocity, inequity

Trade in Wall Street for war crimes
Let every Muslim be your Apprentice
And see how genocide raises your ratings
Have your beauty pageant of bigots,
Let them menstruate misogyny,
Let the cold blade of sexism slice us into
something that you would like to swallow,
Let the trophies of our bodies compete for your reflection
Because if Hilary Clinton can’t satisfy her husband,
how can she satisfy America?

I stand by the window
And see a billionaire bankrupt in humanity
Fattened by the politics of greed
Replacing freedom with false prophets
To make America white again.
I see the world around me crumble
As the Trumpinator flies into the twin towers of justice and liberty
The greatest terrorist of all.

Katrina Geddes is a Master in Public Policy student at the Harvard Kennedy School. She previously worked as a lawyer at an international law firm in Australia before completing her Master of Laws at Cambridge University, specializing in intellectual property law, trade and access to medicines.