Home > Articles > The Inaccessibility of the Lives of Others 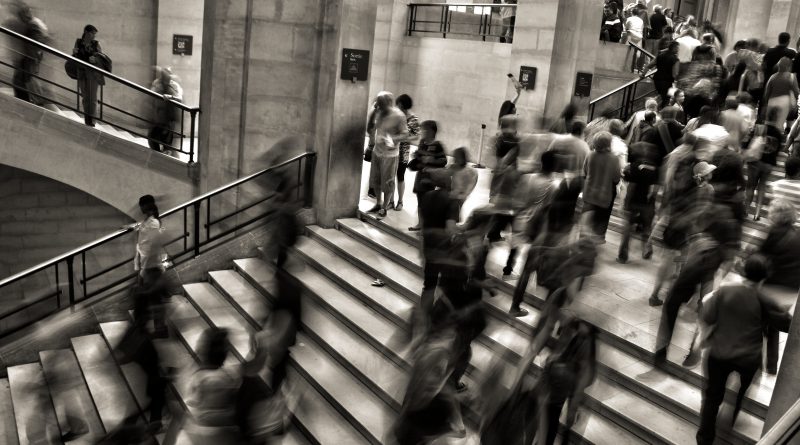 Nobody has ever catcalled me.  God knows I’ve tried: short shorts, no top, the whole caboodle.  But however much I’m “asking for it,” it never happens. I can’t experience it.  I have to believe the reported accounts I’m given that it does happen to women.

Another thing I haven’t experienced and never will is what it means not to be white.  But my girlfriend, Aurora, is black.  Understanding what it means for her to be a black woman has occupied me greatly over the last months.

This Thanksgiving I met many of her family and was able to experience one small element, which until then had been inaccessible to me. On top of the normal concerns that always hover around meeting one’s dearest’s nearests, I had another worry: how my skin colour would go down.

This was something new for me.  I’ve been through school and elite higher education institutions in the United Kingdom, businesses and charities in London, and development work in East Africa where I was often the only white person in a room.  I’ve met landlords and the parents of friends.  But I have never once experienced the idea that my whiteness might count against my future chances of success.

Did it in this instance?  Well I was certainly aware of it.  Walking through the front door I knew that the first thing going through people’s minds would be about my whiteness, even if people already knew it.  People would realize that Aurora was dating a white man.  And they would consider my looks not only in terms of my features and height, but my skin colour.

What I experienced was only a small part of what having non-white skin in America might be like. It was a moment’s experience, not a life time’s, and those wielding power over me did so because of my desire to be accepted as part of their family. I wasn’t just trying to get on with my life. And all I did was feel aware of my skin color, and yet even that seemed like a big deal.

I was 28 before I really understood one part of this narrative, and I don’t think it’s an exaggeration to say that very few white people will ever experience the sense that the color of their skin will count against them for their future. This makes it very easy to ignore the fact that, for many people, this experience occurs daily.

Towards the end of my life in the bubble of Oxford I really believed that in politics we wanted the brightest and most educated to be in charge. That would often mean that those future politicians came to Oxford as well, and they would probably also study my course (as many politicians have). But if I had looked around then, as I do now, I would have realized the absurdity of saying this pool of leaders was adequate.  The ratio of men to women was 4 to 1. More than 95 percent of my classmates were white and middle class.

A bunch of the academically strong shouldn’t make all the decisions for people when they can’t even imagine the lives of most residents of the country. And we can’t only learn about the diversity of our societies by reading books written by other people like us.

Every election time in the United Kingdom, we come to the question of whether politicians should have experiences outside of politics before they are elected.  We ask whether those who have only worked in the party sphere really know enough about the real world to govern.  But those who have worked in business, in finance, in law, often still function only in the same sphere of male domination, of white workplaces, of middle-class values.

Given the difficulty of imagining the worlds of people who aren’t like us, we can’t rely on people who have grown up, studied and worked in the worlds of white wealth to suddenly understand others.  If we want democracy to actually represent people who don’t look like politicians, we must vote for and create policies that promote candidates with different life experiences and different backgrounds.

The journey from a country made for and run by wealthy white people to one that works for all will doubtless be a long one.  We must remember that choosing a “diversity” candidate does not guarantee that their views will broaden discussion.  After all, holding conventional opinions (ideas accepted by those in power) can be both a coping mechanism and a recipe for success in traditionally male, straight, and white environments.

So folks shouldn’t only vote for Hillary Clinton because she is a woman, nor should they have chosen Barack Obama only because he was black. The beliefs and policies have to matter. And it is of course possible that a white man can represent more diverse views than only those of a white man.

The necessity of a wider range of perspectives in turn shows that greater diversity at every level is imperative. In universities we require affirmative action (in terms of background, race and gender) and faculty of color to provide rounded educations. Gender equity in government as well as in the boardrooms of businesses is necessary. And authority figures at each stage of life have to be able to understand these perspectives, from nurseries and schools to police forces and doctors.

Perhaps most importantly, the need for all of these things is separate from penalizing whiteness, maleness, straightness, or wealth. Rather, this can give those who check those boxes a way to broaden their understanding.

If white men want to remain relevant, they above all need to learn.

People ask me if I only care about race, if I’m only so focused on it, now that my girlfriend is a black woman. And the truth is, I do care more than I used to.  It has focused me on a narrative and a perspective to which I hadn’t previously paid so much attention.  But what people often wrongly imagine is that, when I thought less about race I was being rational; that now I’m biased because I have “skin in the game.”

For me what it shows is that before I had even tried to understand the issue, I had been happy to dismiss it.  The issue was in no way less important because I – someone who didn’t know or understand the narratives I was ignoring – hadn’t concerned myself with it. I was just a less educated, less understanding person for it.

I’m still never going to be catcalled. And I will never understand the complexities of what it means to be black, how that varies for men and women, rich and poor. These other lives that we will never live or truly know give us reason to require that the different perspectives are represented in every stage of our academic and professional careers. We should hold our academic and political institutions accountable to that standard.

Tom Traill is a Master in Public Administration student at the Harvard Kennedy School.  Originally from the United Kingdom, he spent the last two years in Zanzibar, Tanzania, working in the Ministry of Health.