Home > Articles > New Hampshire: A Reason to be Proud 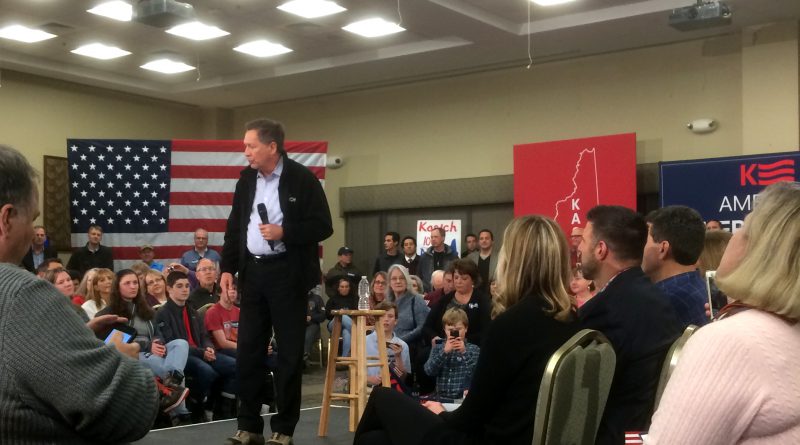 Driving from Boston to Manchester, N.H., on Friday through the blistering blizzard weather, I had no idea what to expect. As someone from New Orleans, this was my first primary election (and first drive through a snow storm, I might add).

We arrived at the Hilton Hotel to news crews, volunteers, and staffers bustling around to get ready for a Christie rally, Clinton interview, or a meet and greet with Barbara Bush. A Carly Fiorina bus was parked outside. A couple in the hotel restaurant was on vacation, something commonly known here as “political tourism.” Manchester in the winter is not a typical vacation destination, but as the wife put it, “We wanted to see what all the fuss was about.”

To those of us not from Iowa or New Hampshire, the attention these two states receive seems extraordinary if not unfair. Why do Iowa and New Hampshire, two fairly homogenous and arguably non-representative states, get to cast such consequential votes first?

Regardless of one’s views on the current party system, it became clear to me quickly why the first caucus and primary are important – candidates are forced to confront the electorate head on. No screens, no moderator, no editing. And in a campaign where angry rhetoric attracts attention and interparty tension rises, that is rather refreshing.

Old Crow Medicine Show played over the speakers to greet Republican and undecided voters at the Kasich town hall. Handmade signs lined the walls and celebratory cakes awaited in the cafeteria freezer. Children lined the stage while campaign volunteers persuaded undecided voters to support their candidate. Everyone was decked to the brim in stickers, buttons, hats, shirts, and flags.

The questions were simple and informed. A teacher asked how we can make college more affordable for his high school seniors. An AARP representative asked about Social Security reform. A young college student asked about economic development and unemployment. Audience responses ranged from head nods to awkward shifting to hollers and whistling. Afterwards, almost everyone received a handshake, a picture with the governor, and a piece of red, white, and blue cake.

There is a saying in New Hampshire that you have to shake the hand of a candidate three times to make your decision. This is emblematic of the seriousness with which New Hampshirites take their role in the electoral process. A nurse I met at a Clinton rally told me she has met Bernie Sanders and Hillary Clinton four times each. When I asked which of the two she will vote for, she said she would deliberate her decision until Tuesday because “that’s what we do here.” A few minutes later, New Jersey Senator Cory Booker took the stage to deliver an impassioned speech arranged around Maya Angelou’s famous lines, “Still I rise.” The crowd went wild.

Outside of the GOP debate Saturday evening, activists lined the streets with signs promoting their stance on various policy issues – “Citizens against Citizens United” or “Don’t Take Away our Care” for Planned Parenthood. Local bars and pubs hosted debate watch parties and the local Manchester news worked overtime to cover the stories. The next morning, a young waitress told me she was heading to a Sanders event when she finished her shift.

The New Hampshirites I met do not just enter the voting box and check one over the other, nor do they succumb quickly to campaign slogans and promises. Instead, they engage in a deliberative process to chose their candidate and take it upon themselves to become informed, which is evident in their questions at town halls. This doesn’t just stop at the people I met. Political and civic engagement is a social norm in the Granite State, which is clear from the sold-out local papers and the record number of voters expected today.

Leaving New Hampshire, I was inspired and proud of the democratic process underway there. When else are candidates speaking with hundreds of constituents day after day? A democracy is in fact representation of the people, which includes their challenges, priorities, and concerns. When else does an entire community engage in dialogue about policy issues and the future of our country both privately and publicly, day in and day out? For a democracy is not just representation of the people, but the active civic participation of those people too.

Do I wish this process occurred in all fifty states? Absolutely. Is the party system flawed? Yes. But in a campaign that has so far felt grim, intolerant, and chaotic, the early primaries remind us of an election’s purpose. Politics aside, New Hampshire is democracy at its best.