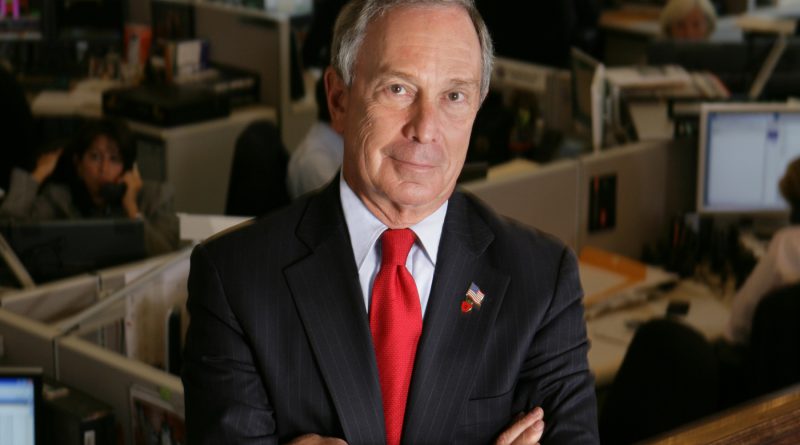 What message are you sending undecided Democrats with this notice of your presidential aspirations?  You don’t want to run for the presidency.  If you did, you would have hired that consulting firm you were paying way too much money long ago.  You also wouldn’t run as an independent.  I might be young, but I’ve studied enough history to know that they’re always foils and never victors. Yet your interest went public one week before the Iowa caucuses, just as Sanders’ poll numbers rose.

Several articles already derided the potential run.  The Washington Post headline read, “Why Michael Bloomberg for President Makes No Sense.”  They would be correct – if your intention was to run.  But your exploratory adventure makes perfect sense if you have a different goal in mind.

Here’s what I’ve deduced so far: 1) You’re warm with the Clintons, and you’re one of the wealthiest men on Wall Street.  2) You will only run in a Sanders vs. Trump or Cruz match-up.  3) You’ll pull more Democratic votes so you’re willing to spend a billion dollars to crush Sanders.

Nearly every person on earth has some defined interest in the 2016 presidential election.  As a multi-billionaire, your economic interests compel you to protect your privileges and power.  Sanders will work to dismantle the systems you use to maintain control.  Trump and Cruz are wildcards.  Who knows what they will do?  Their anti-establishment and populist rhetoric makes it hard to discern exactly where they stand in a political party that is historically pro-business.  Listen, I’m not blaming you.  If I had a multi-billion dollar company, I might behave in the same way. I’m just trying to understand your motivations.

In the general election, you wouldn’t want to run against Clinton or Rubio, who gained ground to become the establishment candidate in the Iowa caucuses. Their policies are unlikely to disturb the balance of power on Wall Street so you would be free to run your kingdom as you see fit.  You’re also just less likely to win against them.

The only logical conclusion is that you’re working to influence the primary toward more centrist candidates.  If Sanders wins the primary, you’re letting us know you’d spend a billion dollars to pull (mostly) Democratic votes away from him, practically ensuring a Republican White House in 2017.  That makes voting for Sanders in the primary seem like a high-risk investment to this voter – especially if Cruz or Trump are on the ticket.

I get it.  You’re a reasonable guy.  You don’t want it to come to that either.  We can avoid all this mess if voters do the right thing – for your economic interests.  Let me infer your message: “Democrats, vote for Clinton.  She is a solid Democrat that’s pro-business. Otherwise, I will split the Democratic vote and you could end up with a Trump White House.”

Message received, with thanks, Mr. Bloomberg.

But I’ve already made up my mind in this election. Not because of you, Mr. Bloomberg, and the sour taste of coercion you’ve put in my mouth. Despite you.