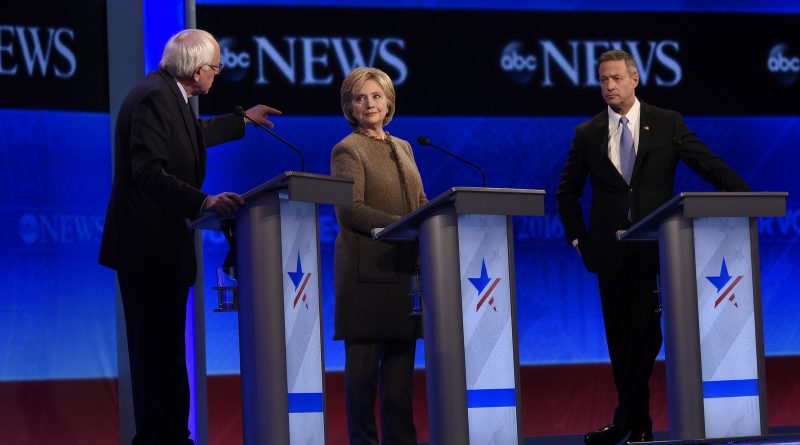 Democrats have long prided themselves on being the big tent party, representing minorities and women to a greater degree than Republicans. It has become such an ingrained part of the party mentality that it is hard to conceive of an alternate future in which Democrats lose the support of such groups in society.  Add to that the fact that the first African-American president was a Democrat and Hillary Clinton is poised to become the Democrats’ nominee (pending, of course, the primaries), Democrats often feel overly secure in their (our; in interest of full disclosure, I am a Democrat) status as the party of minorities and women.

Hopefully, 2016 will challenge this widely held belief within the party and spur the party to undertake significant outreach efforts to better reflect the constituencies it claims to represent.

Think about this: two of the three highest-polling Republican candidates in Iowa were Latino-Americans.  The Republican “establishment” seems to be coalescing behind one Latino candidate, Marco Rubio, while the anti-establishment, more conservative base seems to be coalescing behind another, Ted Cruz.  Ben Carson is still in the race, as is Carly Fiorina.

Any Democrat who feels comforted by the anti-immigrant xenophobia trumpeted by the Donald or, to a lesser extent, Ted Cruz, should take a moment to scan the field at the Republican debates.  The Republican field far better represented the makeup of the American population than the Democratic field.

Things don’t look much better at the federal level.  The Senate map doesn’t favor Democrats until at least 2020.  If Democrats don’t win big in 2016, unseating many of the Republican Senators swept to victory by the conservative, Tea Party wave in 2010, it is unlikely they will retake the Senate until after the new census.  Democrats will have far more seats to defend in 2018 (as a result of the 2012 Obama victory) and 2020 than the Republicans will.  Likewise, the House is almost certainly going to stay in Republican control until 2020, and even then redistricting is not guaranteed to provide any more seats to Democrats unless there are significant changes made to the way states draw their districts.

Democrats are quick to point out that “demographics favor Democrats,” based on the growth of Latino/a and African-American populations in the United States.  This ultimately leads the party to conclude that its voter base will continue to grow while the Republicans’ shrinks, resulting in irresistible Democratic victories in the future.

This is incredibly dangerous – not to mention lazy – thinking by the party.  It has become accepted among Democratic circles that the minority vote – African-Americans, Latino/a-Americans, and Asian-Americans – will go Democratic.  However, the very fact of this acceptance has bred complacency within the party and may come up against the harsh possibility of a Hispanic Republican presidential nominee.

The Democratic Party should heed the example set by President Obama in his speech to American Muslims in Baltimore.  It is time that we, as a party, stand up and proclaim – decisively – that everyone has a place in America.  And that Democrats will be the party that will truly represent the diverse interests of Americans, from inner-city families struggling to put food on the table, to immigrant families working three part-time jobs to make ends meet, to suburban housewives requiring maternal health care, to – yes – straight white men losing hope of regaining employment in the information economy.

There is no greater danger in a democracy, to paraphrase FDR, than to look over one’s shoulder and find that none are following.  Democrats must act now to make sure that doesn’t happen.