Home > Articles > An Application of Strategic Health Diplomacy in Latin America and the Caribbean: The U.S. Southern Command 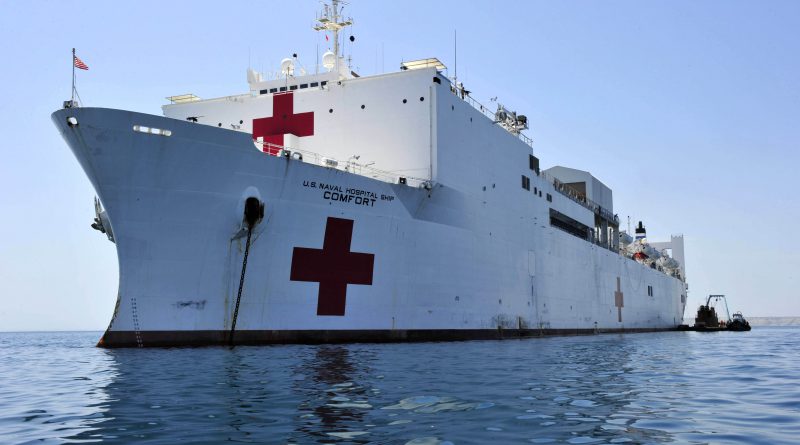 Strategic Health Diplomacy (SHD) recognizes that targeted global health initiatives can be an important foreign policy tool for the United States.  Healthier populations are productive, safe, and less vulnerable to instability. By addressing global health in Latin America and the Caribbean (LAC), the United States can save lives and improve its national strategic interests.

The United States Southern Command (USSOUTHCOM) has always taken a leadership role in becoming a “partner in international health” in the LAC region. SHD can broaden this concept by forming a tripod of health initiatives that rests on short-term military disaster relief, long-term humanitarian assistance, and integrative healthcare education.

Delivery of targeted global healthcare is directly in line with President Obama’s 2015 National Security Strategy; “The United States is safer and stronger when fewer people face destitution, when our trading partners are flourishing, and when societies are freer,” the president proposed.

This model has proven very successful in Africa. The President’s Emergency Plan for AIDS Relief (PEPFAR) launched in 2003, when President Bush delivered $15 billion to counter HIV/AIDS, tuberculosis, and malaria in vulnerable countries. Since then, 7.7 million people have received HIV/AIDS retroviral treatment. The program is credited with saving 1.1 million lives and reducing the HIV/AIDS death rate by 10 percent.

PEPFAR illustrated that SHD can foster support and goodwill for the United States. The twelve countries in Sub-Saharan Africa receiving PEPFAR assistance had an average 68 percent approval rating of the United States.  Across the same time period, the global average was 46 percent.

The same results could be seen in Latin America.

Avoidable mortality in LAC still totals over one million deaths annually. One of USSOUTHCOM’s first responses to this tragedy was via the hospital ship USNS Comfort.

The USNS Comfort is a floating hospital that provides meaningful relief during times of crisis or need within Latin America and the Caribbean. It boasts more than 12 operating theatres, 80 intensive care beds, and 1000 hospital beds.  In 2011, Operation Continuing Promise treated more than 100,000 patients and performed over 1,100 surgeries in 11 countries.

The value of this particular disaster relief and humanitarian assistance model is that it is extremely visible and quantifiable.  The limitation is that it is extremely specific and temporally limited.  Previous deployment of Navy hospital ships showed a significant improvement in the opinion of the United States during deployment.  However, after six months, public opinion returned to pre-disaster levels.

Strategic Health Diplomacy and an on-the-ground long-term plan like PEPFAR is the logical extension for a more longstanding improvement in public health for the region.

In LAC, significant variation exists in public health capacity. LAC is the world’s most unequal region.  Poor, rural, and indigenous populations suffer a growing health outcomes disparity. This allows for greater manipulation of one vulnerable group against another, a vulnerability that is currently being exploited by drug-related violence.

In LAC, training and development of a public health workforce has been largely ignored. The volatile sub-region of Central America showed its highest public health deficit in human resources training and development.  Emigration has left a 35 percent nursing vacancy at Caribbean hospitals.  Specialty doctors outnumber community healthcare providers. The United States can help bridge this gap.

The long-term humanitarian aid of Strategic Health Diplomacy can save lives, begin to reduce inequity, and look to foster regional healthcare leadership in regions of strategic importance. Furthermore, educating, coordinating, and empowering regional leaders in the application of public health and the delivery of primary healthcare is vital to a healthy society, but it must be done with attention to sustainability and training.

Hope Through Healing Hands, a global health nonprofit started by Senator William Frist, works to educate and equip local leaders through the Frist Global Health Leaders program. The program offers grants for health professional students, residents, and fellows to serve and train abroad in underserved communities. Their efforts bolster capacity in clinics in need of support as well as offer training to community health workers to promote sustainability.

The Pan American Health Organization gives specific recommendations for the development of vertically integrated primary care health teams in the Americas. These include healthcare providers but also community leaders. These teams are regionally targeted to meet the unique needs of diverse populations. They have distinct goals and public health core competencies.

The United States can aid in this process through education, coordination, and mechanisms of disrupting health inequity by providing clear and transparent objectives. This is tangible, has quantifiable measures, and is algorithmically reproducible.  As the host nation grows, its medical and regional educational capabilities can increase exponentially.

The healthcare sector in Cuba is an excellent example of opportunities for explosive growth. Sen. Frist has made several trips to Cuba in the past year. As the United States re-establishes relations with the country for the first time since 1959, there are valuable opportunities for science and medical exchanges to further our understanding of the area’s needs and strengths and to support the health infrastructure with training and education.

Future application of SHD should focus on specific communicable and non-communicable diseases in areas with strategic value within USSOUTHCOM. The disease should be both prevalent and treatable.

Any initiative designed should identify clear goals with distinct policies that have a visible effect in a transparent and accountable fashion. These considerations should be sensitive to local contexts, rooted in building host nation capacity, and designed for long-term solutions.

Richard Menger MD is a neurosurgery resident who currently serves as the Hale Champion Public Service Fellow and a Master in Public Administration candidate at the Harvard Kennedy School of Government.  He is a lieutenant in the Navy Medical Corps (Reserve).

Anil Nanda MD MPH is the Professor and Chairman of Neurosurgery at LSU Health Sciences Center in Shreveport LA. A leader in global neurosurgery, he has authored more than 380 publications and has spoken at over 400 conferences and institutions.

William Frist MD is a nationally acclaimed heart and lung transplant surgeon and former Senate Majority Leader.  He is currently co-chairs the Bipartisan Policy Center’s Health Project is the founder and Chairman of Hope Through Healing Hands.

The views expressed are those of the authors and do not necessarily reflect the official policy or position of the Department of the Navy, Department of Defense, nor the U.S. Government.