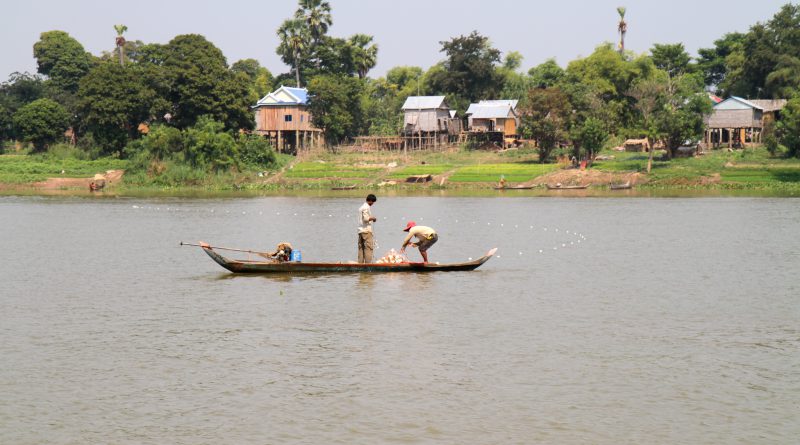 John Hemke (not his real name) runs an international consultancy that advises Southeast Asian governments on strategies to develop their fishing industries for export. Hemke has been doing this for the past two decades, and he often describes his recent encounters with the respective fishery officials as nothing short of déjà vu. As he makes his rounds of field work to assess supply chains, it becomes apparent that officials have not resolved the issues he highlighted 10 years ago to any substantive extent. Usually in the same offices he was in a decade before, Hemke muses to his audience of governmental officials and NGO representatives that he might have even used the same presentation slides. After all, nothing much has changed.

Take Cambodia for instance; a country dependent on fish for more than 80 percent of its protein intake and for many of the livelihoods of vulnerable groups situated around the Mekong basin and its tributaries. Of the many issues Hemke points out to the Cambodian officials, the dearth of regulatory support dedicated to ensuring that fish in the market have been adequately tested, transported and stored—collectively termed Sanitary and Phytosanitary Standards (SPS)infrastructure—is particularly problematic. More than 70 percent of Cambodians depend on fisheries or agriculture for income, 60 percent of whom are women. The lack of SPS infrastructure, along with what European Union officials felt were inadequate efforts to stem illegal fishing, has resulted in a full EU import ban, damaging Cambodia’s reputation as a global fish producer. The ban has consequences far beyond Europe, since developed countries view European approval as a sign of good quality and safety standards.

Taking its cue from Brussels, the United States has already imposed substantial bans on Cambodian fish. This means that Cambodian fisheries and exporters face stringent restrictions on exports not only to Western markets but also to more developed Asian countries in the region, such as Singapore and Japan. These countries, like many other potential importers in the continent, look to the EU’s seal of approval as a sign of adequate standards of food safety and quality. Cambodian fisheries are now confined to either catering to domestic urban populations, shallow exports to neighboring countries, and the dwindling Chinese demand.

Cambodian fisheries also face more intractable challenges such as illegal and unregulated fishing: unauthorized trawlers draw from the Tonlé Sap River, then resell their fish to Cambodian markets. A host of “informal payments” on fish from inland fisheries cause domestic fish to cost more than fish from foreign boats. When I surveyed last June, I observed that this differential was up to 30 percent, putting local producers at a commercial disadvantage.

Despite exceptional strides in poverty reduction at the national level, Cambodia’s fishermen continue to live precariously close to the poverty line. While systemic obstacles like the non-tariff barriers require decades to eradicate, the lack of an institutionalized SPS infrastructure is an equally damaging factor that, given the political will, can be adequately addressed to rejuvenate fishing incomes. In 2014, the World Bank estimated that the European ban cost Cambodian fisheries between 50 and 100 million tons of catfish and tilapia sales to potential markets.

So why don’t countries address fish security head-on? One reason is that the geographically dispersed, low-income small-scale fisheries have little ability to organize and thus carry limited political pull. In Cambodia, small-scale fishing accounts for more than 60 percent of all inland fisheries. Again, the issue is not peculiar to Cambodia; a staggering 90 percent of the world’s fisheries are small-scale and are frequently overlooked by governments with other priorities. Even though developing countries rely on fish for both food security and economic growth, they are often more interested in industrial development and pay more attention to urban, skill-based sectors as more attractive developmental checkpoints.

Given the rise of aquaculture and increasing overexploitation – the average catch has decreased by almost 30 percent in the last five years — governments with vulnerable populations reliant on fish must act more proactively to develop their fishing sectors, not only for food security but also for continued economic growth. The ill-advised construction of more storage dams in upstream Laos is projected to devastate the Mekong’s fish endowment. This is precisely why Cambodia must be expedient in capitalizing precious existing resources of the Mekong River and build the systems needed to both stimulate aquaculture and wild-catch fisheries. Mekong government officials should not anticipate quality infrastructure as a consequence of development, but recognize that for many countries, it is in itself necessary to drive economic growth. The lessons from Vietnam and Thailand show that a standards infrastructure not only countervails failing fishing incomes, but also acts as a catalyst for industrial development by increasing domestic demand for industrial goods.

NGOs such as the World Food Programme and the UN Food and Agriculture Organization need to support the professional organization and cooperation of small-scale fisheries so they can better communicate to their governments to invest in SPS infrastructure, which would allow them to expand exports to more foreign markets. Besides continuing to combat illegal fishing, states should invest in quality infrastructure that would give domestic fisherman and processors access to more foreign markets and allow them to be more globally competitive.

Both governments and NGOs need to tackle the development of infrastructure-supported food certification standards and the ability of small-scale fisheries to meet them. Only through proactive development of the fishing sector can governments ensure sustainable and inclusive economic growth. With the rise of aquaculture industries in China and other Mekong countries that will inevitably lead to dips in fish prices, this issue warrants urgent attention.

Every so often in Cambodia the issue does see the light of day. But fishery officials and NGO representatives would enjoin fish experts that quality infrastructure takes time in a developing country such as Cambodia and that such an industry-specific issue does not mandate precise interventions that could prove costly in the short-run. Many are wedded to the idea that a reliable export infrastructure for fishermen is simply not important or even feasible today.

Hemke disagrees, and he likes to bring up a frequent observation from his trips to Cambodia to make his point. On the streets of Phnom Penh, a highly stylized, innovative refrigerated motorcycle-van hybrid transports Angkor Beer, the nationally celebrated beverage, ensuring that quality beer is transported from factories in the more rural areas to table-tops in the city at a palatable temperature. Presumably also the perfect vehicle for transporting fresh fish, the motorcycle-van is a ubiquitous sight throughout the provinces.

Lester Ang is a second-year Master in Public Policy student at the Harvard Kennedy School, focusing on International & Global Affairs.  His professional experience as a consultant span the non-profit, private and governmental sectors, from designing operations workflow for Boston’s City Hall to devising industrial development strategy for the United Nations. He currently works with the Harvard Kennedy School Review in an advisory capacity.