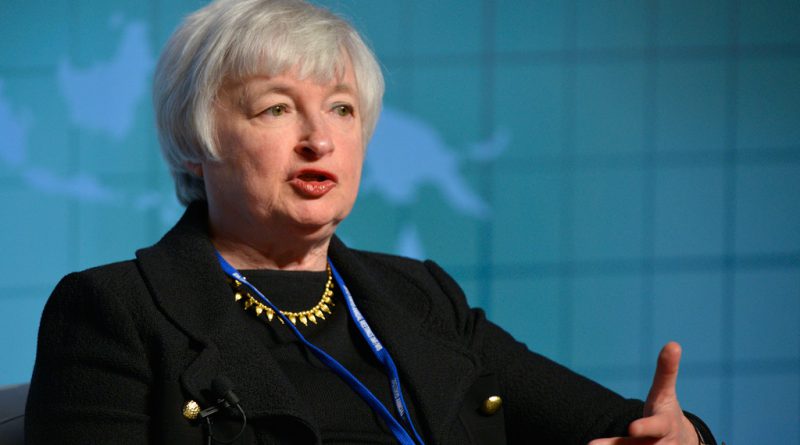 Backed by a 10-0 vote at the December 2015 Federal Open Market Committee Policy meeting, the Federal Reserve decided to increase the target Federal Funds interest rates by .25 percent for the first time since 2006. Chair Janet Yellen reaffirmed her confidence in the U.S. economy in a press conference that followed, and U.S. and Asian stock markets showed strength overnight after the announcement. The Fed also signaled there will be four more interest rate hikes in 2016.

If you think this sounds too good to be true, you may be right—behind a veil of hopeful language and predictions lies many signs of a yet-distressed economy. Although the Federal Reserve forecasts four interest rate hikes in 2016, this prediction is unlikely to be realized. We can instead expect a maximum of two interest rate hikes in the upcoming year.

The Trouble with Low Inflation

The strongest reason against substantial 2016 interest rates hikes is low inflation. The Fed’s historically low interest rates were designed to stimulate the post-recession economy as both corporations and consumers were expected to borrow and increase demand. Under an invigorated economy, low interest rates would have also been accompanied by a “healthy” level of inflation due to increases in consumption. Unfortunately, inflation has not reached a desired level. While the Fed’s target inflation rate is 2 percent, the Personal Consumption Expenditure (PCE) Price Index indicates that inflation has most recently reached levels just under an abysmal .4 percent. Rather than fix the problem of low inflation, furthur increases in interest rates reduce demand and decrease inflation even more.

Yellen has countered this point by stating that “the current near-zero rate of inflation can mostly be attributed to the temporary effects of falling prices for energy and non-energy imports” and that if this is the case, the PCE inflation rate “is likely to rebound to 1.5 percent or higher in 2016, barring a further substantial drop in crude oil prices and provided that the dollar does not appreciate further.” The problem with Yellen’s statement, however, is that there is no major sign that energy prices and non-energy import prices will stay the same or increase. In addition, crude oil prices have continued to drop.

The Trouble with A Strengthened Dollar

High interest rates could also potentially cause an appreciation of the dollar as the demand for the U.S. dollar increases and foreign capital enters the United States. As the dollar appreciates and becomes stronger, the U.S. manufactured goods and U.S. services become relatively more expensive and less competitive. There are also other sources of appreciation that, as explained by the Fed, have already caused decreasing profits for U.S. firms. In fact, the Fed stated in July of 2015 that “the dollar’s strength likely explains roughly a third of the recent decline in profits earned from foreign subsidiaries.” Financial markets mostly benefit from appreciation, but further increases in interest rates will unarguably weaken our trade deficit and especially hurt U.S. companies that sell their goods and services abroad. The surest way worsen the trade deficit—which is already in a precarious state—would be to substantially increase interest rates.

There is no doubt that some key economic indicators are improving and that the Fed will continue to move toward higher interest rates—however, the Fed’s prediction of four hikes in 2016 is naïve. Even the Fed is aware that the economy cannot handle four rate hikes: in September, Yellen reaffirmed the “shortfall of inflation” and in the December Policy Release, alludes to the fact that even “gradual increases” are dependent on “incoming data.” This tempered rhetoric reflects the tenuous nature of the Fed’s predictions.

There are also concerns as to whether changes in the interest rate by the Fed can even be effective. Professor Mike Scherer, Aetna Professor Emeritus at the Kennedy School, expressed his concerns in an interview with the Harvard Kennedy School Review:

“What worries me about these short-run responses is this:  I believe the Fed’s action was at least in part motivated by fear that the stock market, the bond market, and (a bit less clearly) housing markets have bubbled up in the last few months.  From some statements, it seems clear that the Fed was aware of this and fears a sudden bursting of the bubble, with very adverse macro implications.  Gradually raising rates could prevent a sudden bubble burst and help toward macro stability.  But if the markets are simply discounting the recent interest rate increase, there’s more danger left for the future—which, I assure you, is just around the corner.  The Fed can’t be oblivious to what’s happening.”

Whether or not this danger is realized is to be seen—however, it is safe to say that there will be less than four interest rate hikes in 2016.

Kavi Patel is a Harvard undergraduate studying Economics and Government. She will hold an economic research internship at the The White House this Spring. She previously held an internship under the Chief Economist of New Jersey and has interned in the Office of Governor Chris Christie.