Home > Articles > This Engagement Season, Let’s Make it Easier for Women to Keep their Last Names 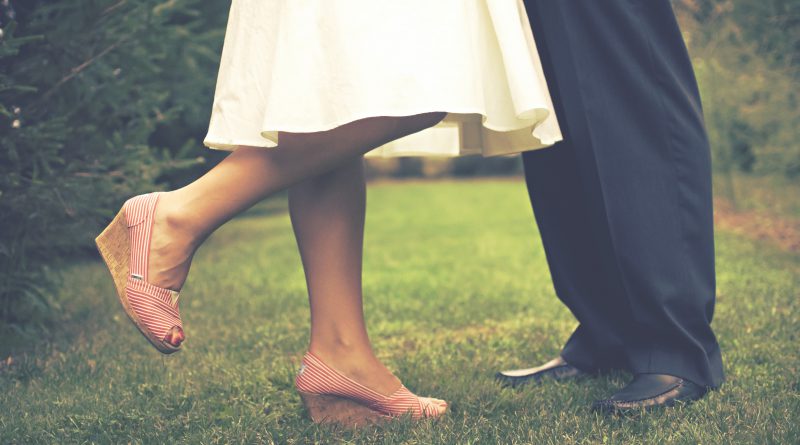 It’s engagement season. Facebook, Instagram, and Twitter feeds around the United States are exploding with engagement announcements and offers of congratulations. A deluge of engagement pictures, engagement party invites, and Pinterest wedding boards are sure to follow. For most American women in heterosexual relationships, this excitement will be accompanied by the question of whether to follow hundreds of years of tradition and take their husband’s last name. Despite the fact that more women are keeping their given names, more couples are hyphenating their names or creating new surnames, and more men are taking their wives’ names, women who decide to keep their names remain in the minority.

While women choose to change their names for a myriad of reasons, specific to each woman and couple, the fact remains that women continue to face enormous pressure to fall in line with this gendered tradition. Women who decide to keep their last names and men who decide to take their wives’ names will face questions, criticism, and judgment.

Women have long been expected to eschew their identities and take on the relational identity of their husband’s wife. What, in America, is now (mostly) a symbolic subsuming of identity, used to be literal and enshrined in law. The Coverture Laws, imported from England, effectively made women the legal property of their husbands. In the eyes of the law, women were not separate from their husbands, could not control their earnings, or own property in their own names (except in very specific and rare circumstances). When couples “became one” upon marriage, the wife was absorbed into the legal identity of the husband; changing her name helped cement the suspension of her identity. Legal conditions are significantly better for American wives today, but the patriarchal name-change tradition, which grew out of deep sexism, is still the norm.

A 2015 Google Customer Survey found that about 20% of women married in recent years kept their last names, up from 14% of women who married during the 1980s. A 2014 YouGov poll revealed that 57% of respondents thought it was acceptable for women to choose between keeping their last name or taking their husband’s. We’re moving away from the gendered norm, but women who keep their last names are still the exception.

It will take time to shed hundreds of years of practice to create a world where individuals and couples can choose to do what they wish with their names (and their children’s names), free from the chains of gendered expectations. But individuals and private and public institutions can work to speed up the process.

One way to shake the gendered traditions of marital names is to make it easier for men to take their wives’ last names. It is still extremely rare for a man to take his wife’s last name. Legally, it’s much easier for women to change their names upon marriage than for men to change their names. In all 50 states, women have the statutory right to change their last name (to that of their husband’s) upon marriage. Men only have this right in nine states. Everywhere else, men typically must go through the legal name changing process, which can be lengthy and expensive, with the final decision often resting with a judge.

While in his third year of law school at Hofstra University, Michael Slade analyzed these laws, arguing that it is “unconstitutional for states to have unequal procedures for men and women to change their surname upon marriage” because there is no “exceedingly persuasive” reason for having different procedures for men and women. It’s time to equalize these procedures to make it easier for couples to create married identities that push back against gendered traditions.

To make it easier for women to retain their last names, the education, medical, insurance, and banking industries should work to sensitize their workers to be more accommodating to families whose members have different names. Frightening stories about medical workers delaying husbands and wives from seeing each other in the hospital and bankers making a fuss about having two different last names on a mortgage application scare couples into thinking that the woman must change her name to reap certain marriage benefits.

When kids are involved (which opens up a whole other can of worms about patriarchal lineages), schools are not always welcoming to the parent with the different last name. Often, if a woman’s children have her husband’s last name, it is much easier for her to use his last name when dealing with family matters, even if she made the conscious and perhaps principled decision to legally retain their own last name. Industries that deal with couples and families need to make sure their workers respect the naming decisions of their customers, whether or not they personally agree with these decisions.

There are other social practices that perpetuate the idea that women should change their last names upon marriage. These include families projecting this expectation onto their sons and daughters, wedding planners and officiants automatically asking women if they are changing their last names, and less-obvious sources of pressure like internet security questions. The ubiquitous “what is your mother’s maiden name?” security question perpetuates the idea that mothers should have maiden names. Security questions are designed to be universal so all users will have an answer. But not everyone has a mother with a maiden name.  How can children whose mothers retained their last names after marriage, children whose mothers never married, or children raised by two fathers answer this question? We should work to eschew social practices that pressure women to change their names. (Side note: It’s also not a very secure question.)

As we congratulate our newly engaged friends and family members, let’s not forget the gendered expectations that our society will project onto them. Let’s work together to break free from the gendered tradition of expecting women to take their husband’s last names to create a world where individuals can choose to create their married identities based on their needs and goals, rather than traditions born out of sexism and inequality.

Caroline Gimmillaro is a second-year Master in Public Policy student at the Kennedy School. She is a Foreign Language and Area Studies Fellow for Africa and a Belfer International and Global Affairs Student Fellow researching emergency preparedness and response. Before Harvard, Caroline spent two years in Kenya writing strategic plans and designing programs for NGOs focused on public health, microfinance, and street-dwelling children. She also founded clubs to teach young people about sexual and reproductive health and rights.