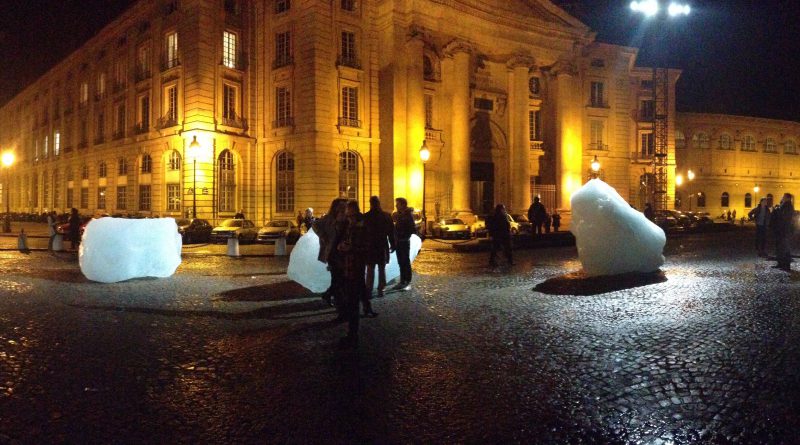 “I see no objections. The Paris Agreement for the climate is adopted.”

A decidedly stoic Laurent Fabius—President of the COP21 talks—brings down his leaf-shaped gavel. The room erupts in cheering, as exhausted and emotional negotiators from 196 countries take to their feet. Al Gore is beaming. The cries echo along Le Bourget’s makeshift walls and make their way into central Paris, where thousands of activists celebrating on the Champ de Mars and Champs Élysées buy out all the champagne in central Paris. Newspaper headlines from journals around the world announce the deal as ‘historic.’ Francois Hollande, President of France and a champion of the climate movement, sighs relief, welcomes “the most beautiful and peaceful revolution” and hails the deal as a “major leap for mankind.”

The Paris agreement gives us many reasons to celebrate. After nearly two decades of little movement on the climate front, negotiators in Paris have shepherded in a breakthrough deal that signals to the world that the era of fossil fuels is waning. Among its many victories, the Agreement holds nations to 2 degrees Celsius of warming, and calls for nations to “pursue actions” that limit warming to 1.5 degrees. It also develops a system for reporting and ratcheting up of emissions reductions, and aims to provide $100 billion a year of financing to developing countries to make the clean energy transition. It is a landmark agreement that, for the first time, gives us a roadmap to avoid the most disastrous impacts of climate change.

Many climate activists argue, however, that the Paris Agreement does not go far enough. A multilateral, unenforceable UN resolution, the Paris Agreement falls short in specificity and ambition. It fails to mention important details on financing the energy transition in developing countries and commits us to a zero-carbon future “in the second half of the century, ” which, for many island nations, will be too late.

Yet there is much that came out of these past two weeks in Paris that does not lie in the Paris Agreement’s final text. While country delegations pulled all-nighters at the Le Bourget site, the entire city of Paris was activated by activists, financiers, and leaders from all levels of government that have kicked their climate initiatives into high gear, making up for many of the Agreement’s shortcomings. While the Paris Agreement presents a roadmap, three key players: the private sector, subnational governments, and civil society—are the driving forces to a clean energy future.

1. The private sector is leading the charge to finance the green economy.

In a key shortcoming of the Paris Agreement, the $100 billion in financing promised to developing countries is not legally binding. But, the last two weeks should still be hailed as a net positive for climate finance. According to Al Gore, “This universal and ambitious agreement sends a clear signal to governments, businesses, and investors everywhere: the transformation of our global economy from one fueled by dirty energy to one fueled by sustainable economic growth is now firmly and inevitably under way.”

Already underway are a number of financial commitments made by investors, major corporations, and technology titans. Multi-nationals, including Coca-Cola, Dell, Proctor & Gamble, and Walmart, signed up to take part in the Lima-Paris Action Agenda—a parallel initiative of pledges from a wider range of actors, including corporations —to reduce their carbon emissions.  Meanwhile, celebrity billionaires—including Bill Gates, Mark Zuckerberg, Jeff Bezos and Richard Branson—launched the Breakthrough Energy Coalition. With a mandate to invest in early stage clean energy companies, the initiative is expected to harness $20 billion in support of research and development in solar and wind, among other technologies. These investments are critical for getting nascent technologies to the market, commercializing them, and bringing them to scale as viable energy sources. With them, 15 of the world’s largest banks made financial commitments to finance clean energy projects.

Investors, too, came together to cut off carbon emissions at the purse strings. A coalition of companies worth a combined total of 352 billion pounds, including UK-based giant Aviva Investors, is pressuring major corporations to transition to 100% renewable energy. The coalition’s launch followed another announcement by 500 companies worldwide—worth an estimated $3.7 trillion—to divest from fossil fuels.

Even though the Paris Agreement is silent on the issue of financing, this money talks.

2.     Cities, states and regions are leading the charge to implement clean energy policies.

While Laurent Fabius ran the show at Le Bourget, Paris mayor Anne Hidalgo played the Emcee at the Climate Summit for Local Leaders at Paris’s glorious City Hall. She welcomed mayors of 450 cities, who shared practices and policies to effectively reduce emissions and support clean energy.  By the end of the summit, 7,000 cities had committed to cutting carbon emissions.

Subnational governments, and cities in particular, possess a unique ability to quickly implement change. Former New York City Mayor Mike Bloomberg puts it best: “Cities account for at least 70 percent of total worldwide greenhouse gas emissions. They also face the worst risks from the ultimate consequences of those emissions, as 90 percent of cities were built on coastal lands. It is fitting, then, that cities, the primary drivers and likeliest victims of climate change, hold the antidote as well.”

Mayor Bloomberg is an unstoppable force in the cities’ movement for climate change. He joined Mayor Hidalgo in leading the Compact of Mayors, which in the lead-up to Paris, accredited over 382 cities in their climate actions. The Compact is just one network of cities (including Bloomberg’s own C40 cities) that exchange ideas, data, and policy solutions to curb problems like pollution, smog, and congestion.  Jerry Brown, Governor of California, was also in high demand in Paris, giving talks on California’s Cap and Trade policies to standing-room-only conference rooms, as leaders of other regional governments took notes.

Cities, regions, and states joined with corporations and banks in the Lima-Paris initiative to cut their emissions. Together, the Initiative’s pledges could have the same carbon savings as taking the global iron and steel sectors offline, or removing the entire country of India from the carbon equation. Cities also pledged to divest form fossil fuels, and Paris joined 18 other French municipalities and 60 cities worldwide to full or partially divest from companies that produce coal, oil, or natural gas.

Subnational efforts are effective because of their limited scope and scale, but when they combine, they can have a powerful impact .

3.     Civil society is leading the charge to hold leaders accountable for their actions to combat climate change.

Those of us who did not have access to Le Bourget’s negotiating area spent days at the UN’s designated Climate Generations Area—a makeshift building in Le Bourget run by civil society. Everything about the whimsical space called for action and celebration.  As NGOs, think tanks, businesses and governments shared success stories in any of the 10 conference rooms. Protestors in penguin costumes chatted with indigenous groups dressed in their native clothing, who stood alongside members of official country delegates sporting suits. This spectacle underlined that the climate movement is indeed a global movement.

Civil society—comprised primarily of NGOs and climate activists—was far from silent in Paris. The day before the conference began, hundreds of thousands of activists marched in 2000 cities around the world demanding a climate deal. Paris’s own Place de la République filled with nearly 20,000 shoes of protestors, including pairs contributed by Ban Ki-Moon and Pope Francis. Throughout the conference, activists and artists set up shop around Paris, planning protests and sit-ins to call for more ambition that made it to the front doors of Le Bourget’s negotiating rooms. Greenpeace made a huge splash, dousing the circle around Paris’s iconic Arc de Triomphe in yellow—the color of their protest. All these efforts not only put pressure on national governments, but reminded them that civil society is an active member of the movement, too.

Civil Society had many wins in Paris, but the most prominent came at a critical moment in the conference. As negotiations headed into their second week, protestors at Le Bourget rallied around the “1.5 to stay alive” campaign—representing the 1.5 degree target that Pacific islands require to not disappear under water. Their demands were met by the “coalition of ambition”—a group of nearly 100 countries who came out in support of adding 1.5 degrees Celsius to the Agreement.  At the 11th hour, negotiators included the 1.5 degree target in the text. This event signals that the ability of civil society to put pressure on leaders should not be underestimated.

After Paris, and in the absence of a legally binding, enforceable treaty system, civil society may be our best mechanism to enforce the Paris Agreement—by holding leaders accountable to it.

As the Paris negotiations came to a close, Ban Ki Moon hailed the moment, saying “What was once unthinkable has now become unstoppable.” After many failed attempts at COPs of years past, the likelihood of success in Paris was considered by some to be unthinkable. Now, the momentum created by cities, regions, investors and civil society underpins the Paris Agreement and drives it forward—creating a force that is indeed unstoppable.