Home > Articles > We Are Donald Trump 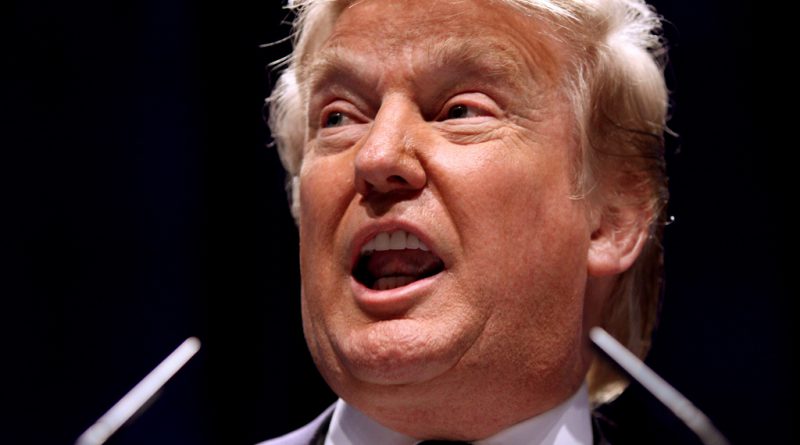 Playing on the fears that President Obama decried in his public address earlier this month, Donald Trump proposed that the United States bar Muslims from entry, including re-entry of Muslim U.S. citizens traveling abroad.

It’s easy to deride this proposal as intolerant, unconstitutional, and abhorrent, as many have done. What’s more difficult—and more important—is to recognize in it a reflection of our own thinking.

As a law and public policy student, I have learned about too many examples of this kind of fear politics in our history. To name a few, we have labeled Japanese Americans based on a singular characteristic of their identity and interned them in camps that deprived them of dignity. We have enslaved African Americans, and then, when we freed them, governed them with laws created to subjugate them. And, of course, we are not the only country that has done so. My relatives, not long ago, were branded with Jewish stars, barred from entry by many countries, and corralled into concentration camps.

Donald Trump is not the problem. We are.

When terror strikes, in an effort to make some sense of a seemingly senseless situation, we look for the “least common denominator” between incidents. We ask ourselves who the killers were, and then we file that information into a mental folder labeled “dangerous.”

So why don’t we hear calls for barring white people, or men, from the country when they commit over 60%, and over 95% percent, of mass public killings respectively?

The answer is obviously not that those perpetrators are inherently less dangerous. Rather, we see the “least common denominator” differently when the suspect is a white male, versus a member of a minority group. Policymakers, overwhelmingly white and male, have never suggested that mass killings are a “white” problem, or a “male” problem. And they of course have never suggested that we shut down our borders to individuals who fall into either of those categories. In those cases, we rightly engage in an analysis of the particularized situation, attributing the violent act to causes such as mental illness, bullying by peers, and, at times, inexplicable evil.

But when the perpetrators are members of a group that we are not a part of, we think differently. Consciously and unconsciously, we attribute the danger to that group as a whole. Since the Paris and San Bernadino massacres (not to mention previously), individuals around the country have pelted Muslims with slurs and other forms of intolerance and hatred. The Anti-Defamation League has reported over twenty anti-Muslim attacks since the November 13 attacks on Paris, including a severed pig’s head left at a Philadelphia mosque and a torched Somali restaurant in North Dakota. In other cases, as when passengers profile Muslims on an airplane or citizens support policies excluding Syrian asylum seekers wholesale, the hatred is less explicit, but the thinking is the same.

We all have shades of this faulty logic, which reflects a familiar concept from social psychology: group-serving attribution bias. When it comes to our own group, we attribute success to our own merits, and failures to context. When it comes to “the other,” we do the opposite: we attribute failures to the group themselves, and successes to the context.

It is important to understand the psychological shortcuts underpinning our failings not because it excuses them, but because it gives us an opportunity to hold them up to the light, examine them, and cast them aside.

Given that the politically powerful in our country are predominantly white, male, and Christian, we have a particular responsibility to heed and curtail this flawed thinking. If we allow ourselves to be group-serving, attributing bad actions taken by a particular member of the “other” group to the group in its entirety, we allow ourselves to give in to hatred, discrimination, and the type of us-versus-them mentality that does not belong in a free society.

We must learn from history, and we must learn this: times of fear and uncertainty require enhanced self-examination. We must fight our tendency to engage in the mental shortcuts that give way to intolerance and hatred. Otherwise, the only difference between Donald Trump and the rest of us is his megaphone.

Ryan Cohen is a law and public policy student at Harvard Law and Harvard Kennedy School, focusing primarily on civil rights and social policy. She has worked on education policy for the City of Los Angeles and served as a White House Intern, and she spent this past summer interning for the American Civil Liberties Union of Michigan.