Home > Articles > Does Immigration Help or Harm? An Interview with the Nation’s Leading Immigration Economist 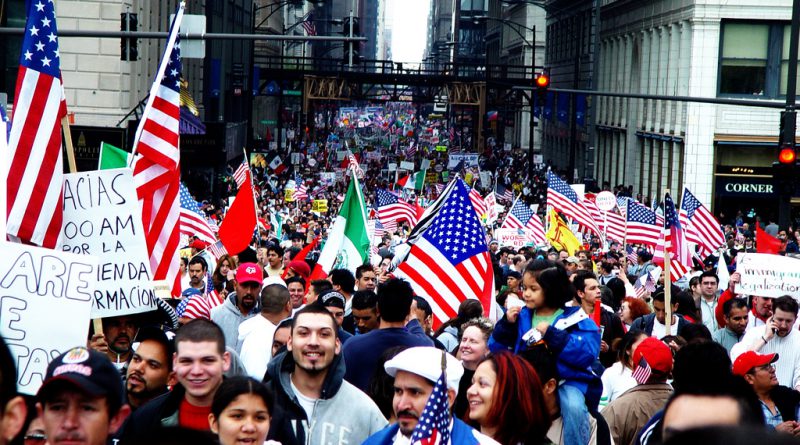 George Borjas, the nation’s leading immigration economist according the Wall Street Journal, is currently an economics professor at Harvard Kennedy School of Government. Originating from Cuba, Borjas fled Havana at age 12 with his mother in 1962 on a plane to Miami. Professor Borjas is well known for promoting a policy the decreases the number of admitted low-skilled immigrants in favor of high-skilled immigrants.

Daniel Tostado, a concurrent Master in Public Policy candidate at the Harvard Kennedy School and 3L at Georgetown Law, conducted this interview with Professor Borjas in early December 2015.

DT: Let’s start with the clearest question to ask: Does immigration help or harm citizens born in the United States?

GB: And the answer to that is that it both hurts and harms. It depends on who you are. It’s hard to think of any social policy where everybody is better off, and immigration is no different.

DT: But within the U.S. population, which groups are better off?

GB:  The people who tend to lose are people who compete with immigrants in the labor market. Let’s assume you’re going to be a lawyer. Suppose we had an immigration system where we import 100,000 lawyers from Canada and the UK every year. I suspect the law market would not be so good when you graduate. So people who compete with immigrants will be a little worse off. But on the other hand, the law firms who hire you will be very happy and their customers who get a will and a house closing for very cheap, they will be very happy.

DT: And if you weigh the costs and benefits, is it a net loss or net gain?

GB: It you look in the labor market, the people who gain, do gain more than the loss of people who lose, so there’s a net benefit overall.

DT: How do current numbers of immigrants in the United States compare to numbers throughout U.S. history?

GB: The number is higher than it’s ever been. Right now we’re admitting 1 million legal immigrants a year. And I have no idea how many undocumented immigrants per year are being admitted. But it’s at least a million immigrants in total. And that’s more than it’s been throughout history.

DT: Ok. So you would say the proportion of immigrants to native-born Americans is largely on the same scale as it was 100 years ago?

DT: Can you talk a little bit about how well newer groups of immigrants are assimilating to the U.S. labor market compared to prior generations?

GB: A lot of people like to use a historical pattern to predict into the future. The historical pattern in the U.S. is that after 100 years, the differences that distinguished the immigrants back in 1900 disappeared. The melting pot basically worked over the last 100 years. A lot of people like to take that path, and say, ‘let’s extrapolate into the future. The immigrants group of today, 80-100 years from now, we wouldn’t even know these groups apart.’  The problem with doing that is that you’re looking at assimilation paths in very different cultural, social, political, and economic environments. So it’s not really clear that whatever happened in the 1900s can really be replicated again in the 2000s.

DT: What are the typical skill levels of immigrants? One famous paper by Daniel Chiquiar states that the skill level of a typical immigrant is mid-range, and there’s been some dispute as to whether that’s lower or higher.  Can you address that?

GB: The labor market in the U.S. has a strong appetite for cheap low-skilled labor, whether legal or not. And those people have a huge incentive to come because there are many opportunities for those people here, right? At the same time, the U.S. labor market, if we know anything about it, it rewards people who are really skilled. Inequality has been increasing because of that, right? So the people who are skilled abroad have a pretty strong incentive to come to the U.S. because the high tech sector is booming, or whatever the cause. It’s clearly a very big reward in the U.S. as compared to other countries to be in the top of the distribution.

DT: Can we address the “cost” to the immigrants themselves, the cost of coming from their home location and moving to the United States? For example, Puerto Ricans have the ability to immigrate to the United States, but only a fraction of them have done so.

GB: Yeah, that’s one of the things that is surprising. Even when you have places without legal restrictions to moving, you don’t see everyone moving, even though if people were economic rational human beings, they should all leave.

So Puerto Rico is a great example. Puerto Rican wages are far below the U.S. wage, even if you adjust for cost of living. And the costs of travelling from Puerto Rico aren’t that big. So you would think that by now Puerto Rico would have emptied out. And many Puerto Ricans did leave, but most didn’t. At that seems to suggest that there’s some kind of force holding people back. And that force is the cost of moving, and it suggests that the cost of moving is pretty large, and which is why not everyone moves. People want to stay where they are, if they can.

DT: And that’s I suppose where we get into factors that are more than just economic?

GB: Of course, it cannot just be transportation costs. I mean, what’s the cost of a plane ticket? It has to be something else.

DT: Do immigrants pay their way in a welfare state, both individuals who have migrated legally and illegally? Is it net positive or negative?

GB: There’s no doubt about the fact that immigrants, on average, use welfare more often than natives do.  At least in the short run, there is going to be a burden. And the National Academy showed that in 1997.

But that’s not really the complete story—because the fact is that whatever you invest in immigrants today will be an investment. You’re spending a lot of money to educate their children. Well, their children will grow up. And they will start paying taxes, and they will earn more, and so on, right? And at the same time, we’re basically going broke as a country, so we need tax payers to help us pay our retirement when we get old. And the immigrants will actually help pay that.

The problem is that it’s really hard to calculate the future impact, because we really have no clue what the future looks like. The path of government spending, the path of taxes, we have no idea what that looks like.

DT: Okay. So then, as we try to create policy, we have to balance the value of accepting immigrants and refugees against economic costs. How we start to balance that?

GB: Refugees, you’re talking about? [Pauses for 5 seconds.] Given that I’m a refugee, I have to be very careful what I say. [Laughs.]

Look, from a purely humanitarian point of view, are you referring to refugees right now in Europe?

DT: Let’s contain the question to refugees who are showing up at U.S. ports of entry right now in the United States. How do we start to figure out what level of refugees is acceptable if they do come with an economic cost?

GB: The fact of the matter is that is that refugees are probably an economic cost, because they have so many services provided to them when they arrive, and they tend to stay on those services for a long time. On the other hand, the reason we accept them is because we feel for their plight, so that’s a cost we’re willing to pay to better peoples’ lives who are in dire need.

DT: At a certain point, we have to put all the variables in the same units: cost. So, we would have to weigh our feelings of empathy for their plight, against the economic cost of offering services. You’ve been in this field a while, so how do you see government agencies tackling that issue?

DT: Let’s talk about open borders. Some preliminary studies say opening borders could double the global GDP. Some say it could increase it from $40 to $100 trillion. What do you think of those studies?

GB: I think they’re wrong. To get a gain of trillions of dollars, those studies also have to predict that billions of people will move. That’s what I was saying – some people leave things out of the narrative. That’s what’s left out of the narrative. The only way to get a $40 trillion dollar gain in the world’s GDP is by having 5 billion people move.

It’s unimaginable, at least to me, that the whole infrastructure of the industrialized world would remain what it is today if we have 5 billion immigrants. So there would be all kinds of spillovers.  And because of those spillovers, we have no idea what’s really going to happen with open borders.

There’s going to be a particular set of countries in the world – the U.S., Western Europe, and Japan probably – that would get the influx of billions of people. It’s hard to imagine that the infrastructure that we have today.

DT: Do you think that the current structure of the immigration system is the best way to do it? What does your ideal admissions process resemble?

GB: I honestly don’t have one – it depends on what the objective should be. If I were the person who decided policy, my objective would be to have a lot of high-skilled immigration, because they are very beneficial. But at the same time, you want to help people from all over the world. So you have to have some kind of balance.

But again, what I think about this is completely irrelevant, because this is just my person opinion.

Daniel Tostado is a concurrent MPP2 at the Kennedy School and a 3L at Georgetown Law. He has provided legal aid for refugees in Washington, D.C., and abroad in Morocco. He intends to become a human rights lawyer specializing in refugee issues and policy.