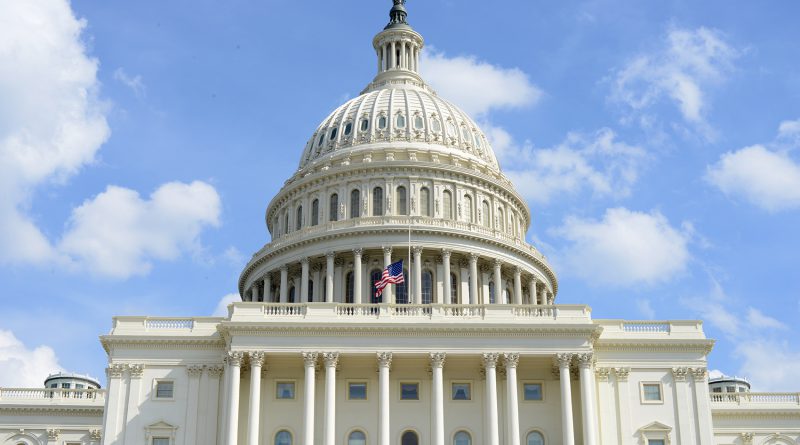 With all the rancor in the past few years about government shutdowns, debt ceilings, special budget commissions or committees, and fiscal cliffs, it is easy to think that U.S. budget policy is more about theatrical clashes of personality, and kicking the can down the road than about actual public policymaking. And it seems this trend never ends. In December, Congress must do at least two things: fund the government for the rest of the fiscal year (through September 2016) before December 11th and find a way to responsibly address and/or extend dozens of expiring or currently expired non-permanent provisions of the tax code known as “extenders” by the end of December. Even though lawmakers already agreed on top-line budget numbers for FY2016 and FY2017 at the end of October, Congress is racing to find an agreement on actual appropriation bills to fulfill those funding levels before December 11th, or else we will see another government shutdown.

It is certainly tempting for concerned citizens—or anyone really—watching all the madness to throw their hands up and ask “so what’s the point?” What we often lose sight of is twofold: why the federal budget is so vital to the country’s future; and how the federal budget debates are central to making progress in other policy realms.

Hidden below the banter in the often large public profile of these debates are critical questions about the kind of society we want to live in, what our national priorities are now and what they should be, and what kind of a world we want to hand off to the next generation. Like it or not, the U.S. federal budget is the place where every single interest, priority, and dream that this country has for itself comes to compete for scarce public resources. And it’s a messy fight.

Current debates over government spending bills, sequestration, debt limits, Social Security’s disability insurance program, and tax extender packages are truly the country’s future. These debates shed light on what our national priorities are at the moment and what various stakeholders think they should be. They are about the financial sustainability for retirement and safety net programs and how we raise sufficient revenues (or rather, how we borrow sufficient sums from the United States’ creditors) to fund everything.

We sacrifice long-term U.S. interests when federal budget debates exclude advocates and stakeholders of policy areas commonly regarded as only tangential to federal budget discussions. Whether these other issues are affordable housing, mental health treatment, environmental protection, criminal justice reform, or the hundreds of other important policy debates in this country – these other issues should all be part of federal budget debates, regardless of one’s opinions on what the government’s role in particular parts of society should be. The onus of getting these additional stakeholders involved lies equally on those involved in the budget process as on the stakeholders of other policy debates. Only then will the country have a fighting chance to make better decisions about the budget – like directing public funds more towards R&D, innovation, and other investments in the future rather than consumption today.

And that’s the problem. Other interests are not sufficiently represented in budget debates. As a share of the economy, public investments have been falling over time. Discretionary spending – the part of the budget that includes education, infrastructure, research, defense spending, and hundreds of other federal programs that lawmakers annual decide how much to spend on – has been falling over time, just as spending on other programs like Medicare, Medicaid, Social Security, and interest on the debt have been increasing. Certainly, this country’s safety net programs have provided incredible benefits to retirees, surviving family members, the disabled, and lower-income Americans – and a full discussion of the costs and benefits of entitlement reform is beyond the scope of this piece. But an increasing share of national resources flowing to programs that are essentially on automatic pilot threatens the resources we have to invest in other aspects of the country’s future. And while other policy debates and national priorities that are part of the U.S. discretionary budget are certainly not all investments of some sort or the other, many of them are.

Almost every competing policy debate or national priority receives public support – either from direct funding or tax credits, loan guarantees, public/private partnerships, or indirect benefits from other public services. Therefore, how much the government spends on particular initiatives versus others, how much the federal government raises revenues from taxes and other fees, and how much the government borrows for future budget cycles or leaves for future generations to deal with is vital and central to those priorities.

Not only are budget debates important for every policy domain, they also present tremendous opportunities to make progress on policy issues that seldom reach the forefront of national debate. As had been discussed in recent years, a comprehensive, targeted, and gradual plan to bring federal spending and revenues closer in line has strong economic and political rationales.  Such a plan could bring stronger economic growth, increased flexibility in the event of a natural/economic/security disaster, and a scale large enough that Republicans and Democrats would make the tradeoffs necessary to actually reach an agreement. But a comprehensive debt agreement may also be a workable vehicle for education reform, immigration reform, patent reform, and dozens of other policy contexts. That would be a true “grand bargain.” A comprehensive budget agreement that puts debt on a sustainable path could rely on a special process known as budget reconciliation to empower congressional committees to make headway on specific budget and policy targets. Those reconciliation instructions could prove to be an avenue for savings as well as thoughtful policy reforms in many realms of government.

As the American public has witnessed in recent decades, Congress doesn’t tend to do a whole lot. But when it acts, it can usher in historic pieces of legislation – be it the tax reform package of 1986 that was years in the making or welfare reform and balanced budgets of the 1990s. By putting all parts of the federal budget – and national priorities – on the table, maybe we can actually see progress on making federal finances more sustainable while at the same time advancing countless policy debates that are in dire need of attention.

Jason Peuquet is the former Research Director at the Committee for a Responsible Federal Budget, a non-partisan think tank in Washington, D.C., committed to educating the public about issues that have significant fiscal policy impact and working with policymakers to advance responsible fiscal policies. He is a second-year MPP student at HKS, focusing on energy and environmental policy and is a Managing Editor for the Kennedy School Review.