Home > Articles > Should We Genetically Modify Our Children? 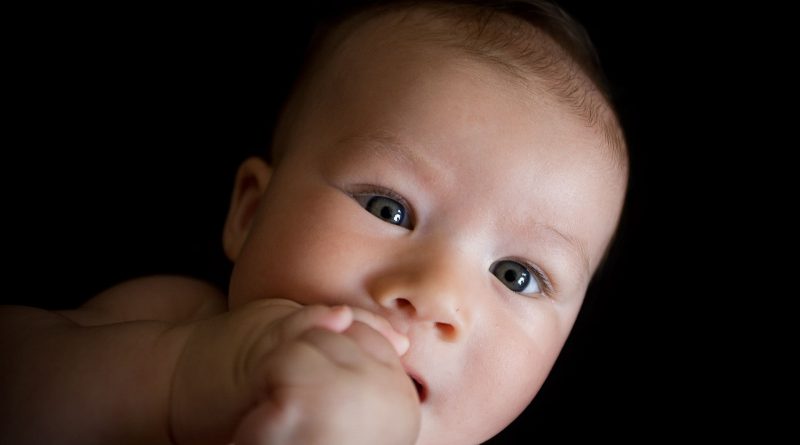 Now that we have the power to permanently alter humanity, should we?

This was the question at the heart of the International Summit on Human Gene Editing in Washington, D.C., last week, an event co-hosted by the U.S. National Academy of Sciences and of Medicine, the Chinese Academy of Sciences, and the U.K.’s Royal Society. For three days, hundreds of scientists, scholars, and public interest advocates (and thousands others online and at #GeneEditSummit) discussed the scientific, social, ethical, and legal considerations posed by the prospect of making alterations to the human genetic code.

The summit was set in motion with the advent of a new gene-editing technology known as CRISPR. The technique was discovered just three years ago, more than a decade after other gene-editing technologies. Unlike previous methods, CRISPR is cheap and easy to use, and caused an explosion in research and interest. The U.S. National Institute of Health invested more than $80 million in CRISPR in 2014, and nearly 600 papers about the new technique were published by the end of that year.

All of the potential human applications that have been explored thus far (bar one) have been about the use of CRISPR on existing people as a medical treatment for disease. Any such gene therapies would be carried out on somatic cells, so would not be passed on to future generations (just like plastic surgery). Much of the discussion at the Summit, however, concerned a different prospect: using CRISPR combined with in vitro fertilization (IVF) to genetically engineer a new person. Genetic changes made to eggs, sperm, or embryos would result in changes to the germline — the changes would not only impact a resulting non-consenting child, but would also be permanent — passed down as a new part of the human gene pool forever more.

In a final statement released by the Summit Organizing Committee following the Summit’s conclusion, the Summit acknowledged the distinction between these divergent uses. The statement suggests that research of all kinds should move forward, but that modified cells should not be used to establish a pregnancy, i.e. only somatic-cell gene therapies should be carried out clinically.

However, the Committee effectively punted on the more difficult question of whether germline gene editing of future generations should ever be allowed. They determined it would be “irresponsible…unless and until” we can find appropriate ways to deal with known and unknown risks, implications for the resulting child and future generations, the permanence and lack of control over resulting changes, the potential to exacerbate social inequities, and the moral and ethical challenges of purposefully altering human evolution. They did not say that human germline genetic engineering would necessarily be an affront to human dignity and rights as does the Convention on Human Rights and Biomedicine. Nor did they follow the current international norm and seek a legal prohibition, as do more than 40 countries including the United Kingdom, Australia, and Germany. Instead, the statement asserts, “clinical use of germline editing should be revisited on a regular basis.”

The “conclusion” of the Summit is thus more permissive than other statements released by scientists and scholars that do call explicitly for a ban or moratorium on human germline modification.

But this is hardly a shocking conclusion from a committee composed largely of scientists deeply invested, both professionally and monetarily, in the widespread use of these technologies. Fortunately, they acknowledge that “the human genome is shared among all nations” and that there needs to be an ongoing conversation involving a much wider set of perspectives.

Science and technology are not unadulterated goods to be spoon-fed to “the [scientifically and technologically illiterate] public,” argues Sheila Jasanoff, Pforzheimer Professor of Science and Technology Studies at the Harvard Kennedy School. Jasanoff has written about the need for “CRISPR democracy,” and her work was referenced multiple times at the Summit. Given that science and technology are inherently social and political from the outset, there is nothing inevitable or pre-destined about the path we choose to forge; we need inclusive deliberation at every stage—from design to implementation.

Jasanoff reminds us that “the human genome is not the property of any particular culture, nation, or region; still less is it the property of science alone.” The question of whose values could be permanently inscribed on our bodies is non-trivial. And we should not be so naïve to imagine that serious diseases (which we can already avoid in nearly all cases with existing, safer technologies) would be the only targets. Cultural preferences for boys have led to dramatically skewed sex ratios in entire regions of the world; some U.S. fertility clinics offer trait selection (such as hair and eye color) through preimplantation genetic diagnosis (PGD); key geneticists in China have been explicit about their desire to engineer intelligence; markets for sperm and eggs pay out differently depending on education, ethnicity, and looks. As long as we continue to discriminate on the basis of sex, race, and ability, technology that aims to “perfect” humanity will function as a mechanism of social and reproductive control.

Despite this complex social reality, the concept of CRISPR as spellcheck is enticing to many. There’s a beautiful simplicity to the notion that we could fix all our errors. But biology is not nearly as cooperative as we would hope. Epigenetic changes due to our environments and the reality that one gene never just does one thing mean that we could never truly be precise. There would always be a question of trade-offs; there would always be a risk that we would permanently introduce new problems we never even imagined. Although technology moves faster than policy possibly can, we need the wisdom of historical, global, and social perspectives to help shape a world that is not merely concerned with what is possible, but also with what is beneficial.

Jessica Cussins is a first-year Master of Public Policy candidate at the Harvard Kennedy School, with a concentration in international and global affairs. She is a Research Assistant at Harvard’s Program on Science, Technology & Society, a Consultant for the Center for Genetics and Society, and a Co-Chair of The Future Society at HKS. She writes regularly for The Huffington Post, Psychology Today, and Biopolitical Times on the ethical, legal, and social implications of human biotechnologies. She received her BA with Highest Distinction from the University of California, Berkeley.