Home > Articles > Last Chance to Save the World? COP21 in Perspective 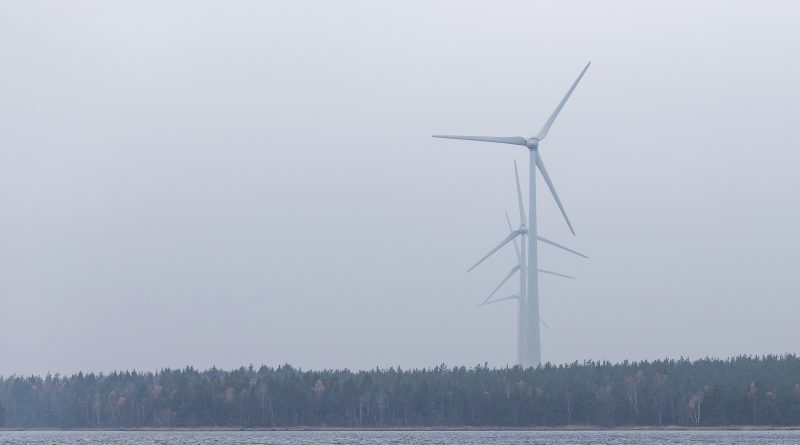 Before the attacks in Paris last weekend, French President Hollande had been calling the upcoming climate conference the “last chance to save the world” from catastrophic climate change. These words seem to take on a deeper meaning as Paris, shaken yet resilient, is gearing up to welcome 50,000 people, including 90 heads of state, to solve one of the world’s biggest problems—the mounting damage to our planet.

The French government has been investing in the 2015 Paris Climate Conference, called the 21st Conference of Parties or COP21, for months, and it’s no surprise that following the Paris attacks, Foreign Minister Laurent Fabius did not miss a beat in announcing that the talks would go on as planned. It’s a bold statement to terrorists that they will not disrupt business as usual; it’s an even bolder statement to the world that heightened security risk will not shift focus from melting ice caps, poor air quality, and a future that predicts losing irreplaceable elements of our earth and civilization. Many have speculated that continuing to hold the conference puts more pressure on world leaders to reach a comprehensive climate agreement. Yet even before the attacks, the world was watching Paris and worrying about climate change.

The months leading up to the historic COP21 conference have been characterized by a powerful momentum placing climate change at the center of public debate, international agreements, and a media frenzy. President Hollande reminded us at every opportunity that “history could be made in Paris.” President Obama went to visit a disappearing village in Alaska, and then Shell stopped drilling for oil there. Before it was cancelled due to security concerns, the climate days of action in France’s capital expected 200,000 activists from government, civil society, and industry in the days leading up to the conference.

But is this momentum enough to push the Paris conference towards a landmark agreement that will reverse the world’s trajectory of self-destruction? Will it succeed where its predecessor agreements have failed?

In many ways, it already has. COP21 has accomplished more than the past 20 conferences combined in making climate change resonate in the human consciousness and gathering all nations aboard to take action. And the conference hasn’t even started yet.

First, the preparation for the conference has laid a foundation for countries to come to the table with real policies to negotiate. Building on the groundwork set in Copenhagen in 2009, countries have been busily taking stock of their carbon emissions, predicting growth, and preparing domestic policies to transition away from fossil fuels. As a result, 168 countries have submitted voluntary plans to reduce their greenhouse gas emissions to the UNFCCC. These pledges, called intended nationally determined contributions (or the more familiar “INDCs”) have been optional at climate conferences of years past. However, Paris constitutes the largest participation of countries—and the most detailed contributions—of the last 20 COPs combined.

These agreements are not just for show; many are anchored in national-level policies or strategic bilateral agreements, including the landmark bilateral agreement between China and United States whereby both countries have pledged to harmonize their emissions reductions. India, a growing emitter and key player, has also submitted a plan. The commitments of the European Union—the longstanding leaders in the international climate movement—continue to lead the pack with the most aggressive reductions in emissions, dipping 40% below 1990 levels by 2030.

Would all of these plans have come about without COP21 prompting them? In some cases, yes. But the ability to tout these plans on an international stage has brought climate to the center of many national-level debates. There’s also an element of peer-pressure. Even low emitters who aren’t as severely threatened by climate change have made pledges.  Corporations, too, are making pledges to reduce emissions on the UNFCCC’s webpage.  COP21 has brought these pledges to scale, and it will be these pledges that determine the path to the clean energy future, more than what is to be decided in Paris this December.

Beyond INDCs, the upcoming climate conference has already changed the way that leaders are thinking about and communicating about the climate. Earlier this fall, a band of world leaders, including Presidents Obama, Putin, and Hollande, journeyed to the Arctic Circle. This high-profile trip was intended to broadcast a message to a willing public: the ice caps are melting, and it won’t be long before this problem goes from the ends of the earth to our own backyard. This month, President Obama struck down the 7-years-in-the-making Keystone XL pipeline deal as a signaling exercise; on the forefront of the Paris talks, the United States will be a leader in climate and will lead by example.  Earlier this month, President Obama launched his Facebook page. What was the topic of his first post? The climate.

Underpinning government leadership—or perhaps as a result of this targeted messaging—is a distinct shift in public opinion about climate change. Since Copenhagen, the conversation has transformed; we no longer ask, “is climate change real” but instead, “what should we do?”

In the United States, more people than ever before worry about climate change, including those who are not politically inclined to do so.  A Pew survey shows that a majority of the Republican electorate, including 54% of self-reported conservative Republicans, believe that climate change is happening and that it is man-made. Like in years past, climate change has come center stage in the Presidential debates, but this year, climate change is discussed as a matter of national security. While Bernie Sanders might be the most left-leaning candidate, his ardent declaration of climate change as the “greatest threat to national security” highlights the importance of the issue to the American political agenda.

The rest of the world is even more attuned; of the 40 countries surveyed by Pew, 19 countries cited climate change as their biggest worry—more than any other single issue. On November 28th and 29th,  activists will come together at nearly 2,000 locations around the world for a series of marches and peaceful actions to show the world that it’s time to get serious about climate change.

This convergence of climate leadership, public support, and actionable policies on reducing emissions creates a powerful momentum for leaders going into Paris. But, the world isn’t saved just yet.

The Paris negotiators still have two big ticket issues to figure out. First, financing. In previous negotiations, the world’s richest countries have committed $100 billion per year to the Global Climate Fund—to assist developing countries in granting their citizens access to sustainable energy, and to facilitate their industrialization and growth through clean energy. But who’s paying—and who’s receiving—has yet to be determined.

Second, how do we hold countries accountable? The UNFCCC cannot force countries to fulfill their contributions in a legally binding way. But, it can create a protocol for reporting and transparency that puts pressure on countries to follow through—or at least make a good faith effort—for fear of public shaming. Negotiators must create this system for monitoring and review in Paris.

Lastly, even if the negotiators in Paris agree on all big ticket issues, the world isn’t saved just yet. In a recent report, the International Energy Agency predicted that if all nations follow through with their INDCs, the world would heat up at an estimated 2.7 degrees Celsius. This figure—while a vast improvement over the 5-7 degrees Celsius expected from business as usual, still isn’t enough to save the world from what climate scientists call “irreversible, catastrophic damage to the climate.” But, it’s more than a good start; it’s the first time that we have a pathway to a sustainable future.

It may not be our last chance to save the world, but Paris—and the tide that propels leaders to it—has already sent a bold signal that now is a better time to act than ever before.