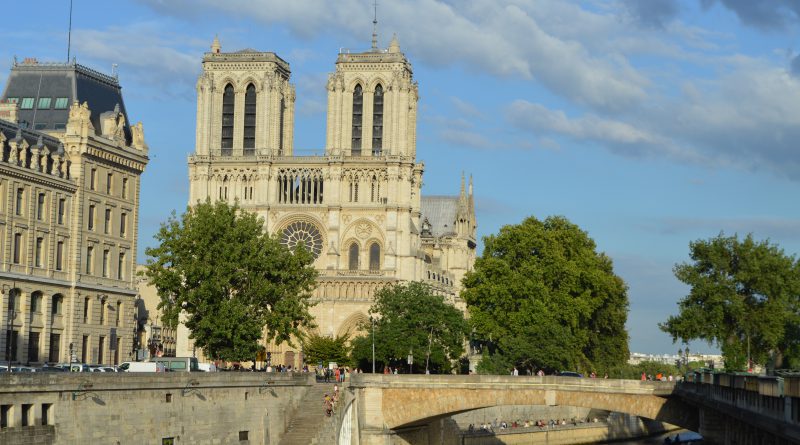 Anyone who’s walked the world’s most beautiful streets understands why.  To me and to so many, Paris represents a romanticized idea of what life should be like; a life that values time spent pursuing the arts, vivacious conversations with friends in picturesque cafes, an afternoon furiously scribbling down the meaning of life after a bout of inspiration during an afternoon stroll. A life that values love and passion, art and culture, and offers an escape from small worries that occupy too much space in our minds. A brief promise that life can be more than what we know. For generations, people from around the world have found solace, answers, and inspiration in its streets.

And last Friday night, these streets were terrorized as seven attackers committed acts of heinous violence that will forever shake the sense of  personal security of those who reside within the city’s extraordinary walls. Cue a slew of expressions of solidarity, moments of silence, flags at half mast,  and days of action. And then the world’s monuments and everyone’s Facebook walls lit up in bleu, blanc et rouge.

To us, Paris is personal. We’ve visited, talked about visiting, taken photos, and shared stories about our trips there with fondness and stars in our eyes.  That’s why an attack on Paris feels like an attack on values that we hold dear. It’s more than the senseless killing of 129 innocent people. It feels close to home—it’s in our backyard, and if it can happen there, it can happen anywhere.  And we must do everything we can to make sure that terrorists don’t win, that this doesn’t become the new normal.

What we’ve overlooked in being outraged by this act against humanity is that for many people in the world, this is the new normal. On Thursday, 43 innocent lives were lost in Beirut by the same band of perpetrators. And while a visibly shaken Francois Hollande delivered a sobering message to his terrorized citizens, ISIS set off a series of bombs that took the lives of 145 innocent civilians in the second largest ISIS massacre to date, and forced 60,000 people to flee their homes. In Turkey, blasts at an Ankara peace rally killed at least 95 people last month. In Baghdad, suicide bombings killed at least 19 people at a funeral on Friday.  It may seem less shocking because violence in these places is “normal.”  But the fact that it’s normal represents a serious distortion of our sense of humanity.

Events like Paris happen because of a dangerous “us and them” mentality. It’s impossible to rationalize how individuals who feel so disenfranchised and excluded by the system commit irrational acts of violence. But somewhere amongst the insanity, there’s a deep-seated malady fueled by a sense of injustice.  They are outside the “us,” not part of the inner circle that promises opportunity, respect and dignity.  And, if we’re not careful, our response risks perpetuating the “us and them.” We risk sending the wrong message to victims of violence in war-torn regions: that they are not part of the “us,” that we don’t care about them, validating the narrative of extremists.

It took a body of a 4-year-old boy washing up to the shores of Greece to capture our attention of the Syrian refugee crisis. Somehow, the more than 200,000 dead and 4 million displaced is too much to digest. And now, it takes senseless violence in the streets of the City of Lights to fire us up about the threat of ISIS, to worry about homegrown terrorism, and to ask why we didn’t realize that the daily manslaughter in Syria would affect us too.

We can’t mourn Paris because it’s convenient for us, and then forget about it later. We can’t let thousands of people continue to risk their lives climbing into dinghies under the cover of darkness because they have no choice. We can’t make it even harder for them to find asylum for fear that more refugees will bring more violence and extremism to our backyard. We can’t ignore the problem—thousands of lives are lost every day, and we only choose to care about it sometimes.

I love Paris because it welcomed me as a 19-year-old girl and gave me my first taste of adulthood. I loved it when I visited again, feeling totally unfulfilled and purposeless in my job; it reminded me that life is more than work, that it can be delicious and should be enjoyed. As an actress, I love Paris as a place that heightens emotions, celebrates passion and makes you feel alive. I love it as a Lebanese-American, where I’ve felt united with Parisians in indulging in a late-night shawarma and united again in sad solidarity for the senseless loss of brothers and sisters in Paris and Beirut.

I’m not alone in loving Paris, not alone in feeling shaken, and not alone in calling for all deaths and tragedies to be recognized. The trouble is—there’s no easy solution to end the violence that has destabilized the Middle East. There’s no quick fix to the disenfranchisement of people living in Paris’s banlieues or those traveling to Syria to join the ranks of ISIS. There’s no asylum big enough or suitable enough for the millions of Syrian refugees making their way to Europe.

But in the face of these big problems, we are presented with an opportunity to finally stand together and ask the difficult questions about why some deaths matter than others. We owe it to the victims who lost their lives watching a concert at the Bataclan, driving through southern Beirut to get to work, or frantically clinging to loved ones as their boats sink in the Mediterranean.

We owe it to Paris to protect what the city begs us to appreciate every day: our humanity.