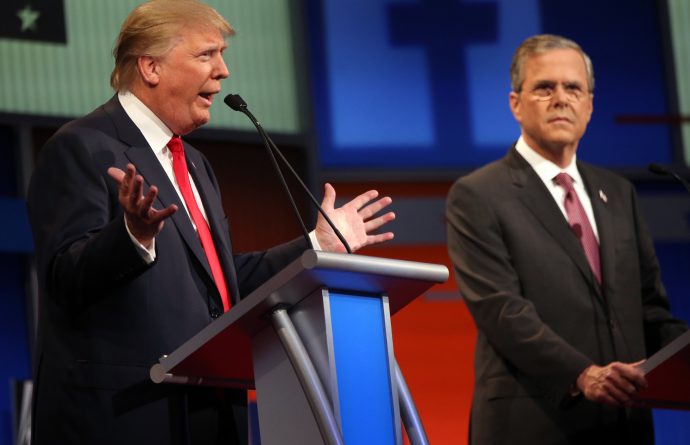 Last night, GOP presidential candidates took to the stage for the third Republican presidential debate of the 2016 election season.

This debate was the first Republican debate since the Democratic candidates made their first appearance on the debate stage just over two weeks ago, on Oct. 13. Moderators and candidates in both debates overlapped on some subjects. Candidates from both parties mentioned ISIS the same number of times, and the economy was a major focus of conversation during both debates. But for every issue that overlapped in terms of how often candidates mentioned it, there were more issues on which the debates diverged.

Democratic candidates, for instance, mentioned the Black Lives Matter movement, incarceration, climate change, healthcare, and the middle class much more than their Republican counterparts. Republican candidates, on the other hand, mentioned taxes, the budget, and Social Security much more often than the Democrats.

Below is a visualization of how the debate topics compared between the most recent Democratic and Republican debates, based on the number of times candidates spoke about a given subject.

Included in the count is each time a candidate mentioned a certain subject in a separate answer. Moderators have an outsize influence over what is discussed, but this graph visualizes candidates’ responses to moderators’ questions.