Home > Articles > The Changing Role of the Moderator and the Debate 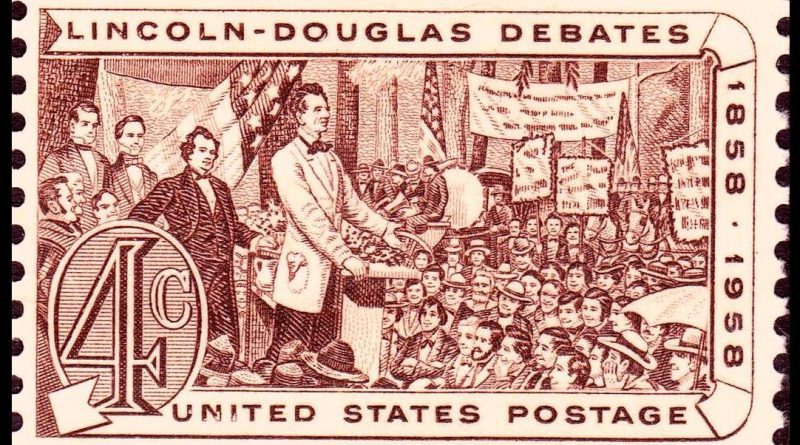 “That’s how we’ve been crafting our questions, so that Senator X will respond to what Governor Y said about him or a policy he proposed and try to encourage them to actually debate Lincoln-Douglas style as much as possible.” – Jake Tapper, moderator, before second GOP debate on September 16, 2015.

The role of the moderator in a political debate has changed dramatically since the Lincoln-Douglas debates in 1858. In fact, Stephen Douglas and Abraham Lincoln did not have a moderator. Their debate opened with an hour address, followed by an hour-and-a-half from the opponent, followed by a 30-minute rebuttal. The two men acted as their own moderator – pushing one another on nuanced ideology, values, and governance.

Jump to the 1960s for the first televised presidential debate between John F. Kennedy and Richard Nixon. Kennedy’s charisma may have won him the election against a nervous Nixon. For 60 minutes, the moderator, Howard K. Smith, played a marginal role – asking only policy-related questions and interrupting neither candidate.

Fast forward to 2012, for the Romney-Obama presidential debate moderated by Candy Crowley. During this debate, Crowley corrected Mitt Romney about when the Obama administration called Benghazi “an act of terror.” This 60-second interaction with the moderator received much attention as an embarrassment to the Romney campaign. In retrospect, both Crowley and Romney were right in what they said, but the public was left with a clip of a moderator, not the opponent, correcting a candidate about a controversial issue.  With networks competing for ratings, politics is another form of entertainment and the moderator is another character in the show.

Just this year, CNN successfully made its second GOP debate in September the most watched program in its history with 23 million viewers. For this second debate, CNN changed the rules to allow the top 10 performers in the polls since August, rather than July, to debate in the primetime spot. This change benefitted the lone female Republican candidate, Carly Fiorina, who went on to successfully deflate Donald Trump’s ego in one of the most memorable moments of the night. Jake Tapper created the opportunity for a fiery exchange when he asked Fiorina:

“In an interview last week in Rolling Stone magazine, Donald Trump said the following about you. Quote, ‘Look at that face. Would anyone vote for that? Can you imagine that, the face of our next president?’ Mr. Trump later said he was talking about your persona, not your appearance. Please feel free to respond what you think about his persona.”

Fiorina responded with, “I think every woman in this country heard very clearly what Mr. Trump said.” This is powerful, but what does an outlandish quote about a person’s countenance have to do with politics? Yes, Trump’s values and language should be scrutinized, condemned, and held against him. This was one of many “he said, she said” questions of the evening, which left voters with little understanding of where candidates stood on issues rather than one another. Nothing here was comparable to the substantive debates of the Lincoln-Douglas era that Tapper promised.

A few weeks later, when Anderson Cooper moderated the Democratic debate, he did better, but it was clear he was focused on ratings. At first, Cooper drilled candidates with pointed questions. Starting on a heated note was presumably an effort to increase ratings since the Democrats have no entertainment factor like the GOP does in Trump. Later, Cooper did not press Hillary Clinton on responding to Lincoln Chafee’s comments about her ethics with regard to the private email situation. This was after Bernie Sanders provided the climactic moment of the night when he declared, “No one cares about your damn emails!” As the night went on, Cooper focused his questions on the two front-runners, Clinton and Sanders, noticeably ignoring the other three candidates on stage. Despite coming across as informed and thoughtful, Cooper moderated for the sake of higher ratings.

As future debates continue to be driven by moderators rather than candidates, it is important to recognize the role of the moderator, a network’s priorities, and what we, as voters, can do in response.  The political debate is one of the primary vehicles by which the American people, sometimes as many as 23 million – receive information about candidates. While there are many moments in a debate where candidates speak on important issues, these are often overshadowed by surprising moments often created by the moderator. A sound-bite obsessed media and the “he said, she said” format are a far cry from the Lincoln-Douglas era of lengthy discourse on nuanced issues.

Because we cannot count on televised debates or the media for a full understanding of a candidate’s positions, we must stay informed in other ways outside of primetime television. Another alternative is to push for moderators who prioritize substance over entertainment, but that will require cosmic shift in a network’s priorities, which is out of our purview currently. Instead, we must investigate candidates ourselves by reading their positions posted on their websites, reviewing their speeches and answers during longer interviews, and reading a variety of news sources for information. Look to more objective news sources such as BBC or NPR and engage in conversations with people holding a variety of political views. Relying solely on short, isolated moments in the debate to make our decisions is not enough.