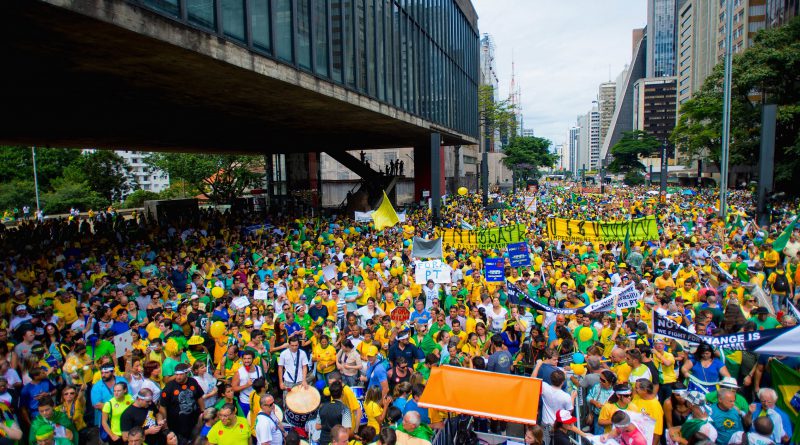 Avoidance coping (noun) – A maladaptive mechanism characterized by the effort to avoid dealing with a source of tension or stress. Avoidance coping is common for individuals, but also not a rare sight at the societal level.

Brazil is currently showcasing the impressive power of avoidance mechanisms. Facing the choice between a contemporary development ideal and a historically ingrained system of social stratification, Brazil is avoiding making tough decisions by focusing the public agenda on an artificial political crisis – reducing its budget deficit, attempting to impeach its president, and countless anti-corruption initiatives – which have helped trigger a very real economic downturn.

Brazil adopted this new avoidance mechanism to replace its expansionary fiscal policy that characterized the past decade. This fiscal policy could only be sustained with vigorous economic growth and budget surpluses financed by the global commodity boom. During this time of economic success, Brazil’s financial sector saw its greatest profits, large economic groups thrived through subsidized credit, and the minimum wage’s real growth, associated with conditional cash transfers, appeased lower classes.

This expansionary fiscal policy proved to be an effective way to postpone the tough questions the country should be asking itself. The structural causes of the country’s primitive productivity levels, one of the world’s highest interest rates, extreme inequality, calamitous homicide rates, and deep social cleavages were all numbed through a boom of credit and consumption. The state, with society’s support, worked hard to keep the country’s toughest reforms in a far horizon.

But the seemingly endless economic success has come speeding to a halt. Brazil’s avoidance mechanisms themselves have become the problem the country can’t avoid.

With an opening line referencing the country’s political instability, Standard & Poor’s cut Brazil’s credit rating to junk. Brazil’s Real hit a historic mark of 4 BR$ to a dollar. In the country’s capital, movements for and against the government share the streets, and a new impeachment process was just filed against the president. However, even at the epicenter of such uncertainty, no voices have successfully proposed what is to come after.

The arguments in Brazil’s public debate are focused on efficiently allocating blame rather than building alternatives. Competing visions for what is to be the future of the largest country in Latin America do not make it to public discourse. There is a vacuum of ideas and proposals about what comes after a new president and a budget surplus.

Brazil has found the limits of an economic model based on the expansion of consumption. The country is now obliged to face its counterpart: the expansion of production opportunities. While the first can be done simply through money, the second affects deeply rooted social privileges and causes national avoidance strategies. Anyone can agree with the importance of fostering production. It is the redistributive nature of implementing production-fostering measures, however, which stirs a value conflict between developmental aspirations and established interests around the country’s regional and social inequalities.

Only by challenging the social structures of privilege and appealing to social cohesion can one hope for the long-term commitments necessary for development. Three steps can begin this journey.

First, the country must empower true leaders instead of politically enabling Brazil’s traditional social and economic elites. Leaders accept the responsibility of honestly facing the country’s contradictions. Politically enabled social authorities do little more than defending the entrenched positions of their social bases. Brazilian voters have gotten into the unhealthy habit of ostracizing the first and embracing the second in both sides of the political spectrum.

Second, Brazilian society must also willingly embrace the task of clarifying its values and aspirations. Social cohesion causes economic growth, social peace and a functioning state, not the other way around. Only by recognizing and taking firm steps to heal decades of inequality and the heritage of slavery can the country build universal citizenship and democratize production opportunities.

The third, and most important step, is to refrain from easy answers. In times of uncertainty, technical solutions and extreme discourses are the easy truths we all like to hear. From military intervention to anti-corruption avengers, Brazil’s history is filled with aspiring panaceas. Resilience through uncertainty is what is necessary to break this vicious cycle towards a truly national development project.

Committing to sustainable socioeconomic development will require Brazilian elites to abandon the privileges of a state designed to protect and serve them. In parallel, the lower and middle classes must accept the fact that productive integration requires a long-term, disciplined and sustained effort, and changes may not come immediately. Most importantly, it is only through unwavering collective support guided by shared purpose that avoidance mechanisms and easy answers can be overcome in productive ways.

Felipe Oriá is a Master in Public Policy student at the Harvard Kennedy School. Felipe helped develop a National Public Sector Reform Agenda at the Secretariat for Strategic Affairs of the Brazilian Presidency and is co-founder of Eco–Governance Solutions, a start-up dedicated to local governance and regional development in Brazil.