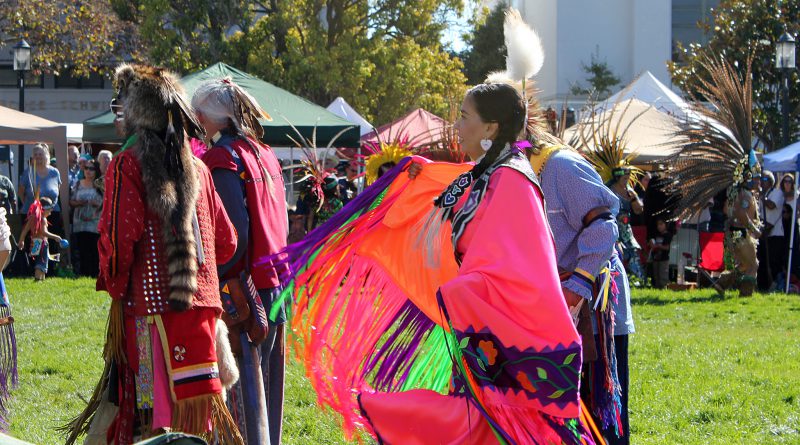 Why the Harvard Kennedy School Must Celebrate Indigenous Peoples’ Day

BY DELORIS WILSON AND CHRISTINA FLETES

In telling your friends you’ve “discovered” a new restaurant, you imply to have found something you like; something your social circle is not yet “hip” to; something that should be on everyone’s radar but – because of your keen Googling skills or happenstance stroll down Massachusetts Avenue — has in it just a few more weeks of bliss before a stampede of college sweatshirts, stylish hipsters, and the 2:30 brunch crew overrun the novelty of your relative “find.”

Perhaps it was this context that Christopher Columbus left out of his letter to King Ferdinand and Queen Isabella. What his pen should have scribed was that his “discovery” of America — was only a relative “discovery.” That he had “found” something “new”… to you, King and Queen. Something already inhabited, though, by the indigenous peoples of the Americas.

It is time for the Harvard Kennedy School (HKS) to “discover” and acknowledge this historical inaccuracy, thereby honoring the lives, contributions, and lived experiences of the indigenous peoples of the Americas.

Columbus Day recognizes the arrival of Christopher Columbus and the “discovery” of the Americas in 1492. What he “found” was not an uninhabited landmass later known as the United States; and it certainly was not India as he mistakenly believed. He actually sailed onto Guanahani, an island in the Bahamas. But more importantly than the geographical inaccuracy of this federal holiday, on this day, 523 years ago, Columbus’ arrival signaled the beginning of the genocide and exploitation of indigenous peoples and their land. Bartolomé de Las Casas, a Spanish historian, social reformer and priest, documented the atrocities suffered by native peoples at the hands of colonizers: they were hacked into pieces, hung, burned alive, and fed to hunting dogs. Babies were smashed against rocks. An estimated population ranging from 900,000 to 12.25 million underwent centuries of demographic collapse as a “direct result” of Columbus’ 1492 landing.

These stories are often left untold when we focus solely on a purported “discovery.”

HKS celebrates a historical inaccuracy and an incomplete truth when it honors Columbus Day. It valorizes a story in which its actors chose to kill rather than cohabitate, steal rather than compensate, and subjugate rather than respect. It ignores the millions of lives lived, those violently lost, and those presently a part of our collective society.

Unfortunately, HKS is not alone in celebrating this occasion.

All across Harvard, the world’s supposed ‘best and brightest’ enjoy a day off at the expense of the institutional recognition of a twisted truth. Interestingly, not every school across Harvard acknowledges federal holidays in the same way. While HKS and Harvard Law School (HLS) grant students a holiday in honor of Columbus, the Harvard Graduate School of Design allows professors to decide for themselves whether or not to hold class. Similarly, while the Kennedy School deems both Veterans Day and Presidents Day worthy occasions for acknowledgement, just a few yards away at HLS, you’ll find students seated in class on both occasions. There’s flexibility in celebrating federal holidays and HKS must bend towards the truth.

HKS wouldn’t be the first to take a stand. The Pew Research Center found that Columbus Day is “one of the most inconsistently celebrated U.S. Holidays.” Though the HKS calendar celebrates Christopher Columbus, not all students observe it as such. Student organizations at Harvard College, including Native Americans at Harvard College (NAHC), Fuerza Latina, and Holoimua O Hawaii, and institutional organizations such as Harvard University Native American Program and the Harvard Foundation for Intercultural and Race Relations reclaim this day and choose to instead celebrate Indigenous Peoples’ Day: a day to remember and celebrate indigenous cultures of the Americas and Pacific Islands.

HKS prides itself on “educating and empowering individuals committed to advancing the public interest,” but the individuals the school educates should not be the sole source of our pride. President John F. Kennedy once said, “A nation reveals itself not only by the men it produces but also by the men it honors, the men it remembers.” HKS may produce some of the world’s leading policy thinkers and leaders but by honoring Columbus while disregarding Indigenous peoples, we forego an opportunity to examine our history, acknowledge our wrongs, and collectively move forward as a country. In order to advance the public interest, we must honor the history and contributions of Indigenous people – both past and present – and respectfully and accurately acknowledge our Nation’s true foundation.

HKS must take a stand and recognize Indigenous Peoples’ Day; by doing so, HKS contributes to a larger movement that seeks to stop acts of violence on communities of color today – violence that’s exuded psychologically, emotionally, culturally and academically from a national history riddled with unacknowledged exploitation and abuse.

As Black and Latina women who understand the connectedness of our personal histories to society’s current challenges, we recognize the atrocities and exploitive ideologies left as remnants of colonization. As our country continues to work towards racial equality by accepting its involvement and choosing not to skirt behind the coverage of institutionalized excuses, we – as women of the minority – will continue to refuse to let our presence, or that of our brothers and sisters, be diminished.

In President Obama’s Proclamation on the National Native American Heritage Month, he acknowledged that “while we cannot erase the scourges or broken promises of our past, we will move ahead together in writing a new, brighter chapter in our joint history.” Our joint history is relative, however, with an augmented narrative based on the writer of the text. A more holistic history is known, it is recognized, and it is worthy of our attention. HKS can contribute to this brighter chapter by acknowledging Indigenous Peoples’ Day beginning October 10, 2016.

Deloris Wilson is a Juris Doctor candidate at Georgetown Law and a Master in Public Administration student at the Harvard Kennedy School where she is the Editor-in-Chief of the Harvard Journal of African American Public Policy.

Photo via Flickr: Berkeley’s alternative to Columbus Day celebrations in 2012.