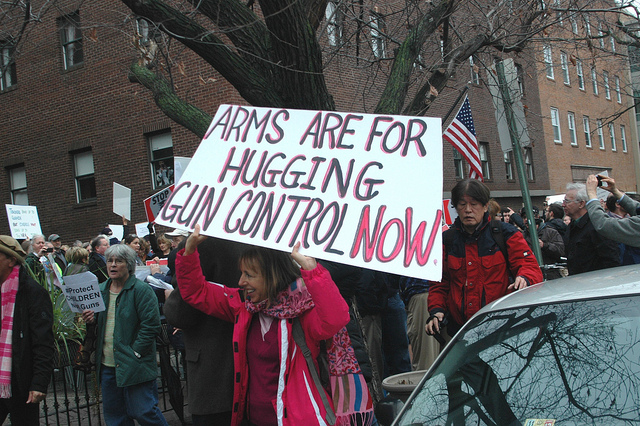 This is the first of a two-part student series stemming from a discussion at the Harvard Kennedy School on gun control. If you would like to respond, send your pitch to harvardksrpitches@gmail.com.

On Wednesday, 15 Harvard Kennedy School students with differing opinions, backgrounds, and nationalities sat around a table to discuss gun ownership and gun control in the United States. We shared ideas and asked questions. We disagreed and we found clear common ground.

I came into the conversation openly believing in stronger gun control. But, as I left, I was a bit more sympathetic to the idea that gun control is a complex regulatory issue. We mostly had agreed on things like background checks, closing loopholes, and even possible safety and registration policies. Yet questions about which types of guns to regulate, overall policy efficacy, and whether any policy will keep criminals from acquiring and using guns remained. I was daunted by the realization of the scale of the challenge. I left thinking we needed to think carefully about our policy response. We needed to determine intended outcomes. Did we want fewer guns or no guns? Were we targeting chronic gun violence or prevention of mass shootings? Did we want to regulate all guns or just some guns? I contemplated how we’d enforce regulation and whether we’d ever even see desired outcomes. Perhaps we needed more deliberation, more universally accepted data, and more time to think about what our policy objectives around guns really were.

Then 30 minutes later, ten people in Oregon were killed in another mass shooting. And I changed my mind.

We don’t need more deliberation, more data, and more time. We don’t need to debate again and again whether regulating guns will actually prevent mass-shootings or decrease the number of people killed by chronic gun violence in the United States. Any data you look at makes the same point: we have more guns and more people killed by guns than any other developed country. As pointed out by President Obama, since 2001, over 400,000 Americans have been killed in gun violence – that’s 120 times the number killed in terrorist attacks. On average, one American under 25 is shot every hour. While Americans make up only 4% of the worlds population, we own 40% of all civilian firearms in the world. And, living in America, you are 20 times more likely to be killed by a gun than in any country in the world.

You don’t need a complex policy framework or a Harvard degree to conclude that we need to reduce the number of guns. Period. Guns are the problem.

Yes, the challenge is big. We have a huge number — the 270 million kind of huge — of guns in circulation in the United States. The idea of an Australian-style 650,000 guns buyback seems like a futile drop in the bucket to many Americans.  A challenge at this scale is daunting and complex.

Yes, the regulation won’t be perfect. There are criminals who will still acquire and possess firearms even if we introduce better regulations or ban certain types. With the size of the problem, we might not even see impacts of regulation for several generations.

Yes, people like guns. People do all kind of legal things with guns like hunting, and sport shooting, and collecting. They like the culture of guns, the family traditions tied to guns, and the feeling they get when they shoot a gun.

But this is America. We sort of specialize in attacking big challenges, making less-than-perfect regulation, and limiting things that people like. We — Democrats and Republicans, locally and nationally — do all the time.

We tackle big issues like healthcare, education, security, agriculture, and finance and we’re OK with perfectly imperfect policies. We regulate drugs, food, alcohol, and vehicles. We limit what people can do in public places and what people can do with their own bodies, even if they like doing them a lot. We require people to register cars, and boats, and marriages, and their dogs. We do these things all the time. Now we need to do them for guns.

I love dialogue. I crave discussion. But I can’t stomach another one on gun control.

We can’t again ponder why this is a uniquely American issue. We can’t sigh at the scale of the problem, believing that if we can’t solve it completely and perfectly we should do nothing at all. We can’t point to mental health, urban violence, and crime as the real issues, with guns simply a tool wrongly used for malice.

We’ve talked and pondered and discussed enough. We need to move forward unafraid of the divisiveness and complexities of making change. The only thing we should be afraid of is what it means to live in country where people kill each other with guns so easily and so often. Inaction is shameful, idiotic, and frightening.

We might not be able to solve the problem of gun violence perfectly. But, surely, we can do something. We can do better.

Micaela Connery is Master in Public Policy student at the Harvard Kennedy School. She is the founder and former CEO of Unified Theater, a national organization fostering inclusion through the arts.  She’s passionate about inclusion in decision making, policy design, and service delivery.