Home > Articles > The 70th Anniversary of the United Nations: Lessons for Responding to the Neglected Syrian Civil War 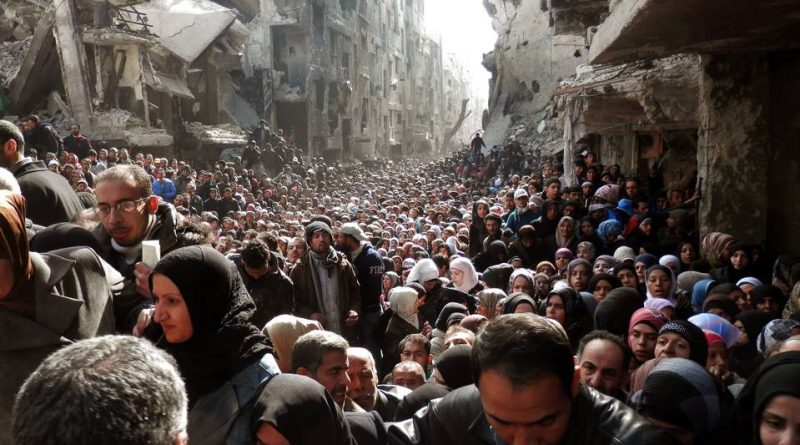 This week, more than 150 heads of state will convene at the UN’s headquarters in New York for the 70th session of the General Assembly. The theme? “The United Nations at 70: the road ahead for peace, security and human rights.” One of the session’s objectives is to “draw lessons from the experiences of the past 70 years.” After some shocking experiences in places like Rwanda and Darfur, the UN Security Council has learned the danger of lethargically responding to mass atrocities.

Yet it has not taken serious measures in response to the Syrian civil war – a conflict that has left some 300,000 reported dead, triggered what is being called the “largest humanitarian crisis since WWII,” seen rampant violations of the laws of war and international human rights, and resulted in power vacuums that are prime breeding grounds for terrorist groups such as ISIS. If the Security Council has learned anything from the last 70 years, it is that it must act rapidly and effectively in response to mass atrocities and institutionalize clear norms for preventing future paralysis.

Enormous humanitarian costs are associated with the Security Council’s paralysis in responding to the Syrian civil war. The Assad regime will continue to drop barrel bombs and commit grave violations of human rights. Some 1,000 people may die in Syria this week. ISIS and other non-state armed groups are ravaging large swaths of the country and carrying on barbaric campaigns against the civilian populations therein. Of the 60 million refugees and internally displaced persons globally (if this were the population of a country, it would be the 24th biggest country in the world), 20 percent are Syrians who are wondering when they will be able to return to their homes. An important lesson learned in the last 70 years, and currently being relearned today, is that international peace and security suffers when the Security Council fails to respond to mass atrocities.

We’ve also learned that the Security Council can protect civilians by acting rapidly and effectively to maintain international peace and security. For instance, in 2011, the Security Council adopted Resolution 1973, authorizing member states to protect civilians in Libya from the “widespread and systematic attacks” of the Gaddafi regime. It acted relatively rapidly – authorizing the humanitarian intervention less than one month and with only one prior resolution after Gaddafi’s forces began using warplanes, tanks, and gunboats to kill protesters and other noncombatants, but before these forces could advance into Benghazi. The Security Council effectively responded to the Gaddafi regime’s violence – Resolution 1973’s mandate provided for a no-fly zone over Libya, enforcement of an arms embargo, and authorization for member states to take “all necessary measures,” in cooperation with the UN Secretary-General, to protect civilians under threat of attack. As a result of the Security Council’s rapid and effective action, the international community was able to stop the advance of Gaddafi’s forces, protecting the 700,000 Libyans in Benghazi.

However, the Security Council failed to rapidly respond to the Syrian civil war. The fighting began after the Assad regime violently cracked down on protesters in March 2011, only one month after the Gaddafi regime did the same in Libya. Rather than acting rapidly as it did in the case of Libya, the Security Council has allowed the Syrian conflict to spiral into its fifth year. The prolonged and uncontained conflict is now a major contributor to regional instability, particularly in the small neighboring state of Lebanon, where 1 in 4 persons is a refugee, equivalent to 100 million refugees fleeing to the United States. The effect of the neglected war in Syria is also being felt globally, as scores of desperate Syrian refugees seek safe haven in places like Europe and the United States.

Instead of taking effective action in Syria, the Security Council has opted for band-aid measures to a problem requiring major treatment. For instance, it adopted Resolutions 2165 and 2191. These resolutions authorize UN agencies and humanitarian aid organizations to cross the Syrian border, without the consent of the obstructive Assad regime, to directly provide humanitarian assistance to civilians. Recently, the Security Council adopted Resolution 2235 to identify the perpetrators of chemical weapons in Syria. Though these measures are important initiatives, they are not likely to have a significant impact on the Assad regime’s indiscriminate attacks on civilians, the terror of ISIS and other non-state armed groups, or the massive outflow of refugees from Syria.

Effective Security Council action could include authorization for protected zones in Syria. These zones would shield civilians from the Assad regime’s air force. They would deny ISIS the ability to control more territory or use the brutality of the Assad regime’s barrel bombs as a recruitment tool. Regional actors that have called for intervention—such as the Syrian Opposition Coalition, Turkey, Jordan, and the Arab League—can take the lead in establishing and defending these zones. Such effective action by the Security Council and the rest of the international community would encourage the Assad regime to return to the negotiating table for a long-term diplomatic solution to the protracted conflict.

Some innovative solutions have been proposed. For instance, France has proposed that the five permanent members of the Security Council (China, France, Russia, the United Kingdom, and the United States) voluntarily suspend their right to veto when the Security Council is required to make a decision with regard to mass atrocity crimes that do not affect their vital interests. The proposal suggests that the UN Secretary-General and the UN General Assembly could help decide when a conflict is severe enough to merit activating this rule. Such a measure to ensure responsible use of the veto could act as a fail-safe in the case of political impasse at the Security Council.

Additionally, in the last decade, the world has rallied behind the Responsibility to Protect (R2P) – the doctrine that all states have a responsibility to protect their citizens, and when states manifestly fail to do so, it is the responsibility of the international community to take action. The United States strongly supports R2P. As President Obama noted in his remarks to the 2013 session of the UN General Assembly, “Sovereignty cannot be a shield for tyrants to commit wanton murder, or an excuse for the international community to turn a blind eye to slaughter.” The UN General Assembly has endorsed R2P. The UN Secretary-General is implementing his “Human Rights up Front” initiative to mainstream the norm across the UN system. The Security Council itself has referred to R2P in dozens of resolutions. However, the Security Council’s concrete commitment to R2P is yet to be seen in the case of Syria.

Orga Cadet is a second-year Master of Public Policy student at Harvard University, John F. Kennedy School of Government, where he is a Belfer International and Global Affairs Fellow. He is also a joint-degree law student at Georgetown University. This summer, he worked on international law, peace negotiations, and transitional security arrangements matters relating to the Syrian civil war. Previously, he served as a legal intern with the United Nations High Commissioner for Refugees (UNHCR) in Beirut, Lebanon.